The cemetery in Nemajūnai is among the oldest and most interesting in the region and distinguished by numerous wooden crosses, chapel poles and Pensive Christ sculptures made by local folk artists. The cemetery features many statues of the Virgin Mary and unique ornamented metal crosses. In 1887, the cemetery was expanded, and a stone fence was built. Currently, many enlightened people and noblemen whose life and activities were of great importance to Nemajūnai and Lithuania at large rest in Nemajūnai cemetery. These are noblemen Bartusevičius, their great-grandparents Jodkovsky, the underground movement fighter J. Palionis, the well-known and famous veterinarian Elija Nonevičius. Stanislovas Moravskis (1802-1853), the doctor and landlord of Ustronė Manor and one of the most insightful memoirists of the 19th century, is buried in the basement of the cemetery chapel. It was him who initiated the building of the chapel in Nemajūnai cemetery in 1851. Now the chapel hosts both the mausoleum of the famous writer Stanislovas Moravskis and a small exposition dedicated to him. Over 30 crosses and tombstones are stored in the chapel, including one of the three oldest cemetery crosses. In 2015, the chapel was renovated, the roof and the turret were reinforced, the facades were repainted in light yellow that was close to the original color.

The small chapel of a square layout is built on a stone masonry foundation and has a triangular apse. The building was built in the period of Romanticism, it has Classicist and Gothic features. The front facade features a four-column portico with a triangular pediment. The chapel is edged with a wide profiled cornice. The two-sided roof of the main part and the three-sided roof of the apse are made of steel sheets. There is a small octagonal turret at the front facade. It is covered with an octagonal roof and topped with a sun-decorated cross.

The turret, like the entire chapel, is covered with horizontal profiled boards. Small chapel windows divided into small sections are arched with triangular skylights and edging. The chapel door with the tapering arch-shaped opening matches the window shapes. This gives the chapel its neo-Gothic look. The wooden door is decoratively boarded using diamond pattern. There is a semicircular skylight above it. A memorial plaque dedicated to Stanislovas Moravskis is on the main facade. The interior of the chapel is modest, its wooden walls are unpainted. 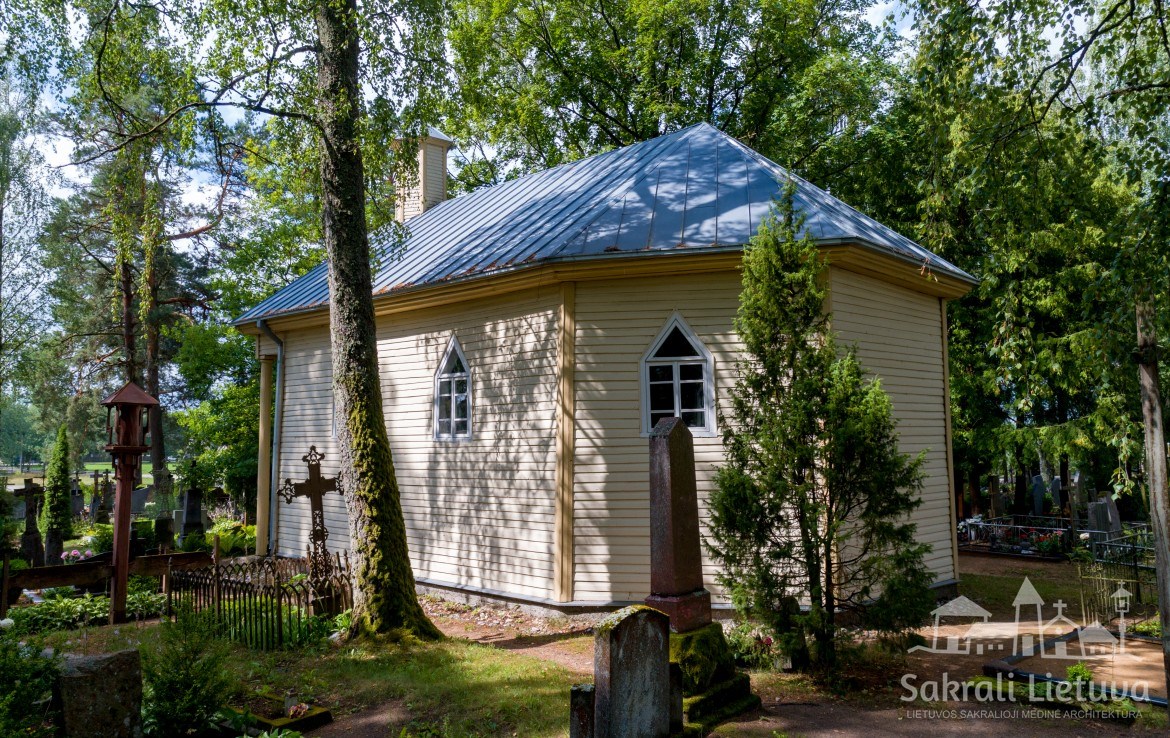 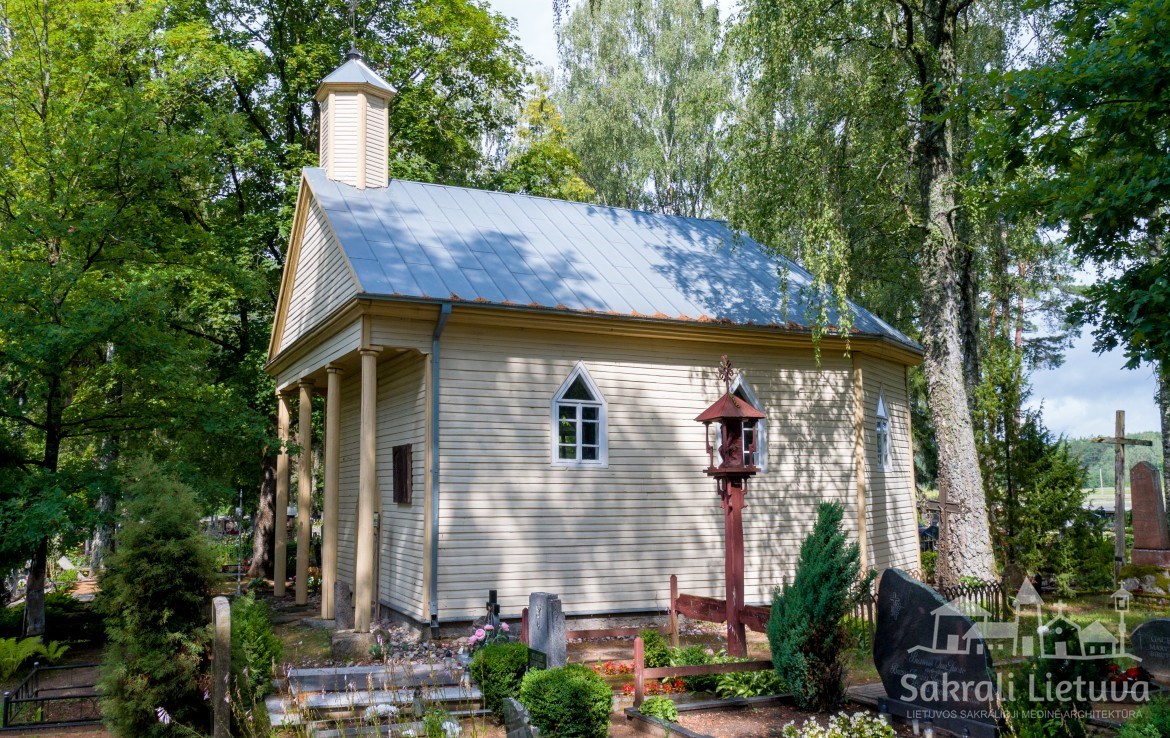 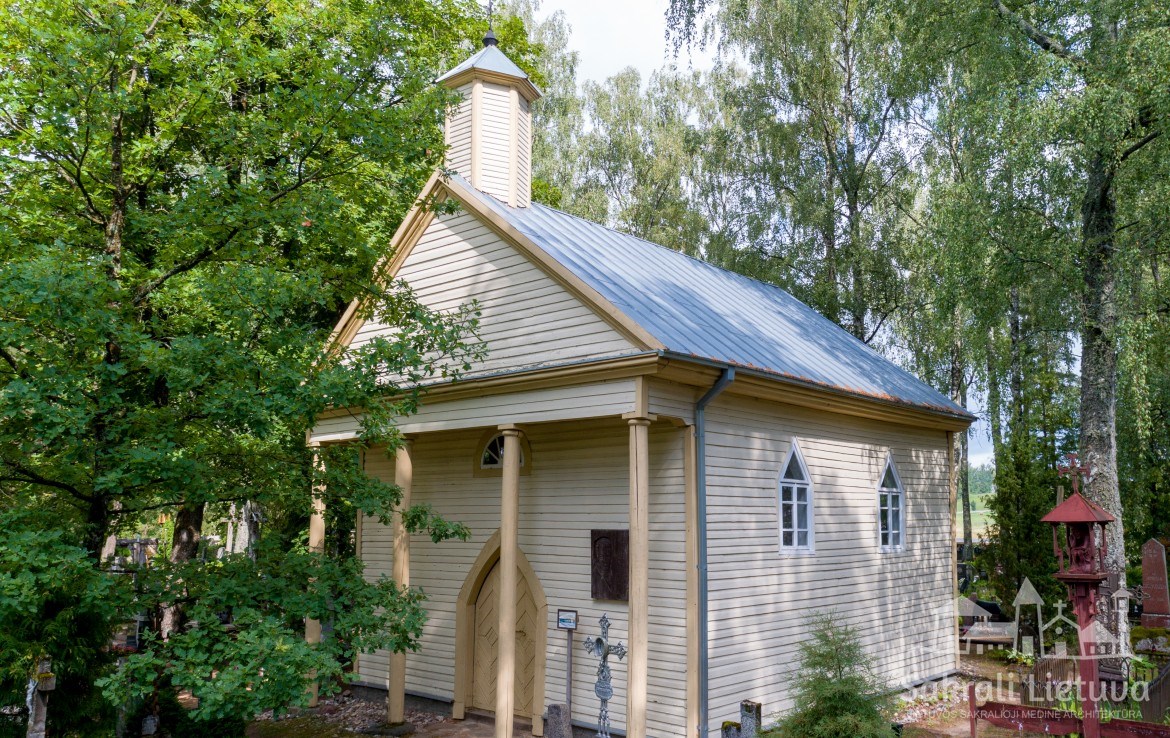 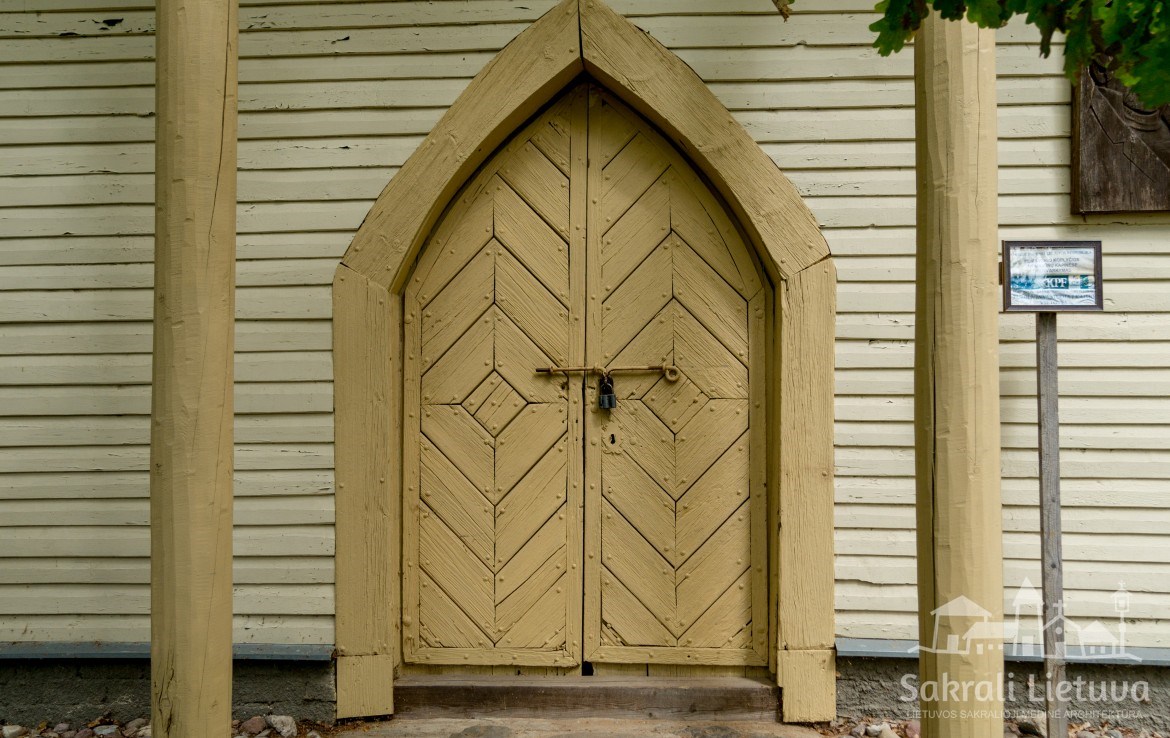 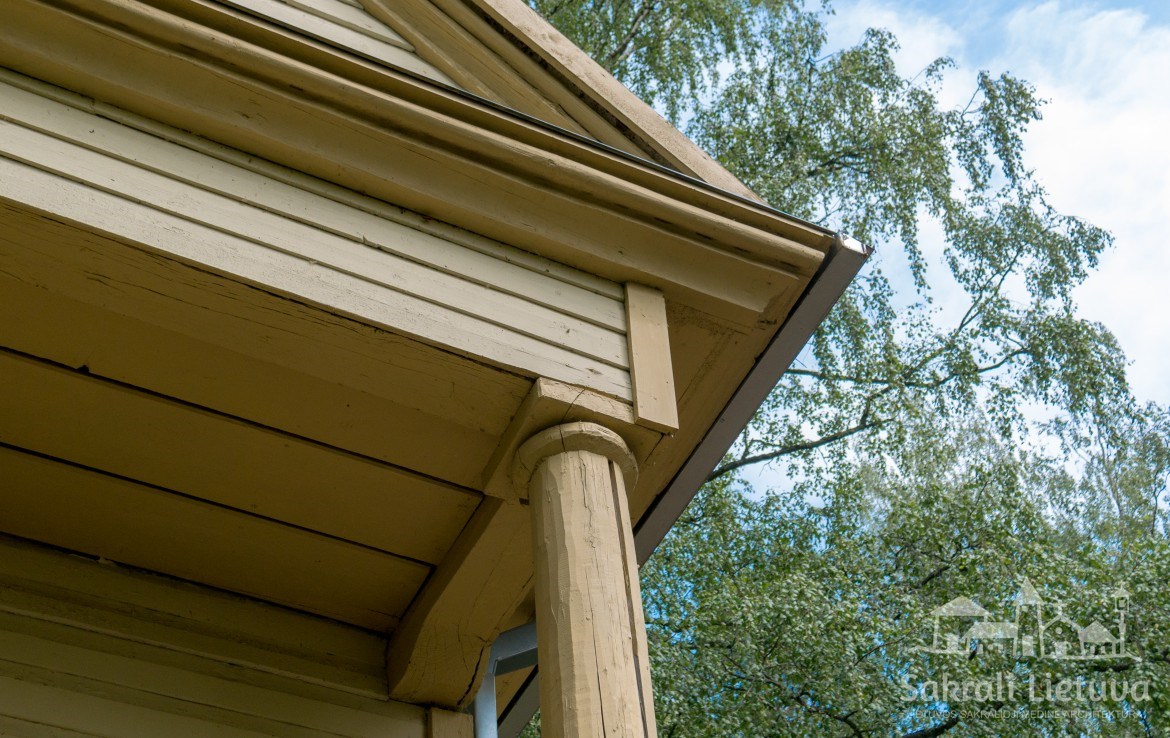 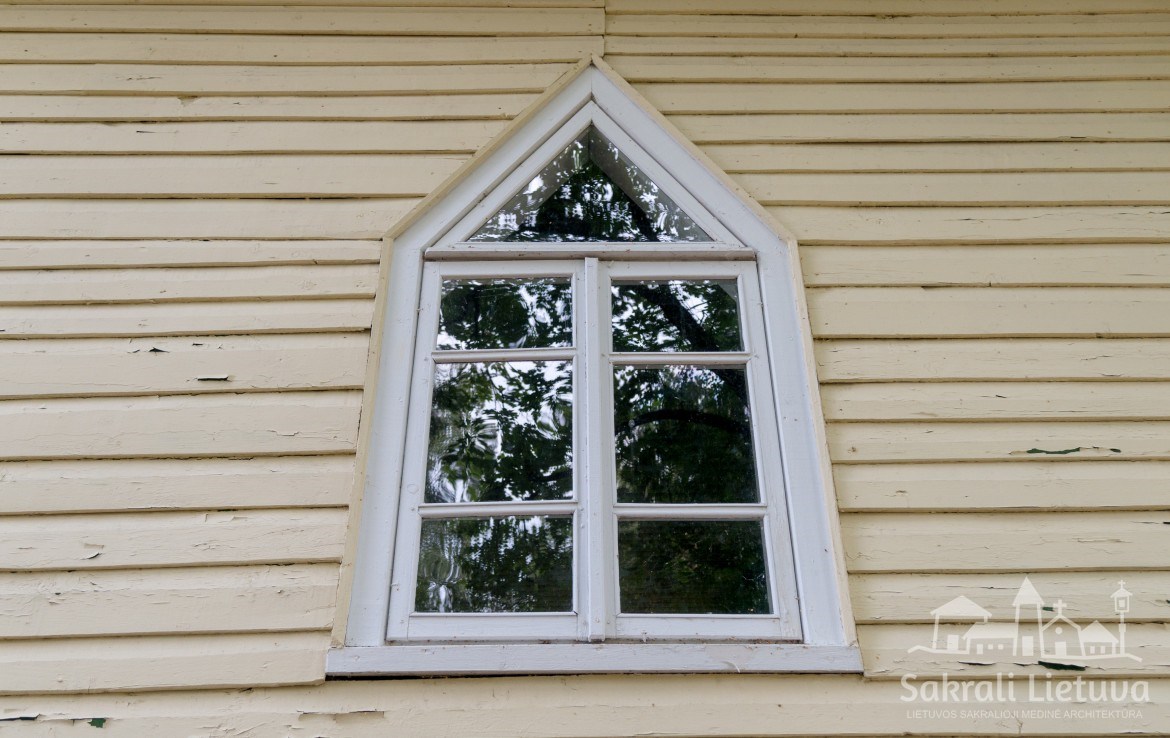 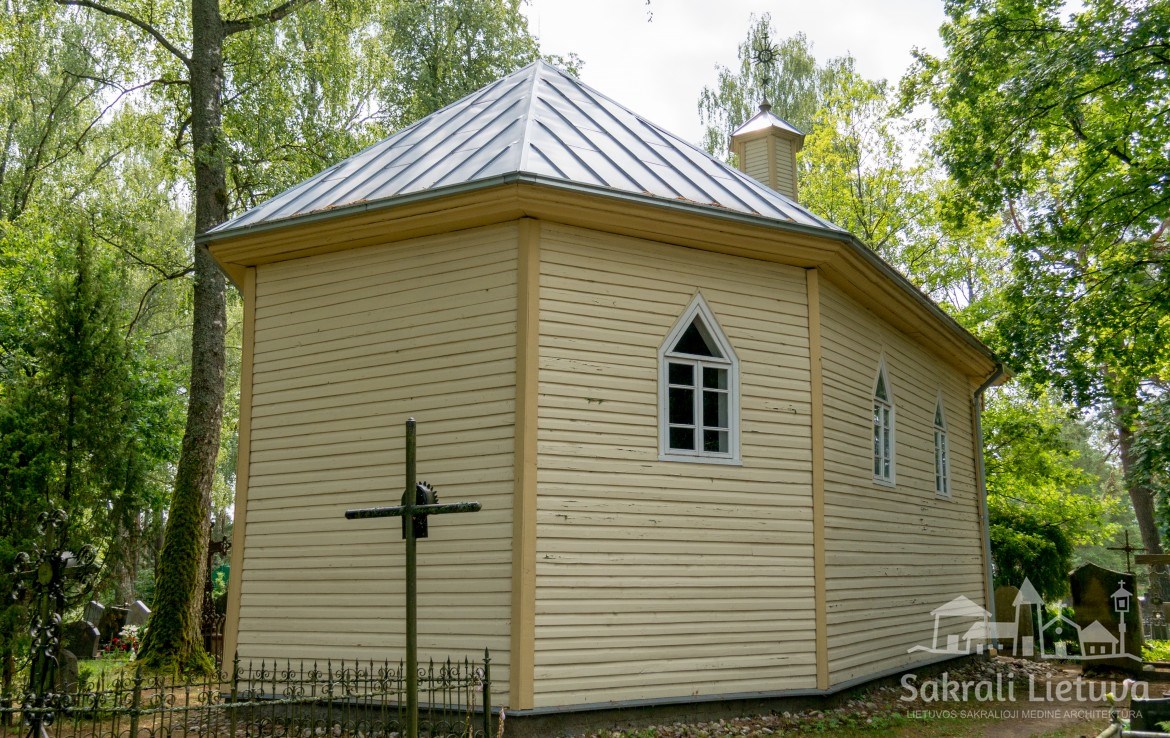 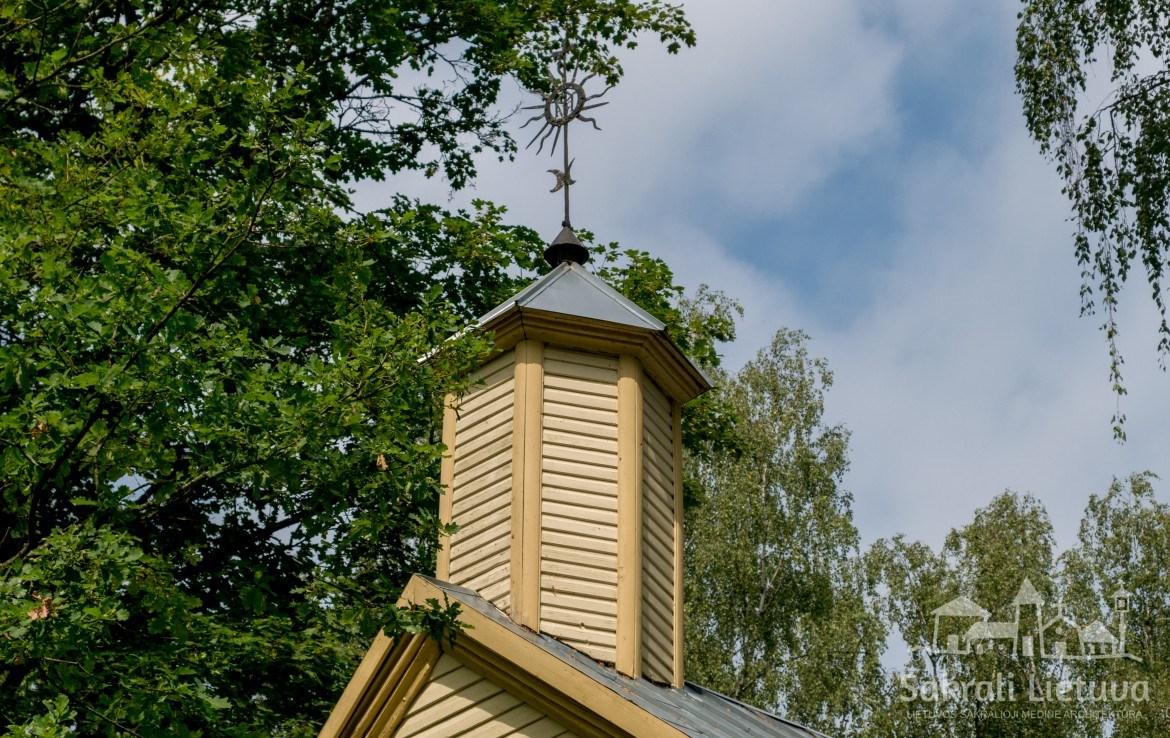 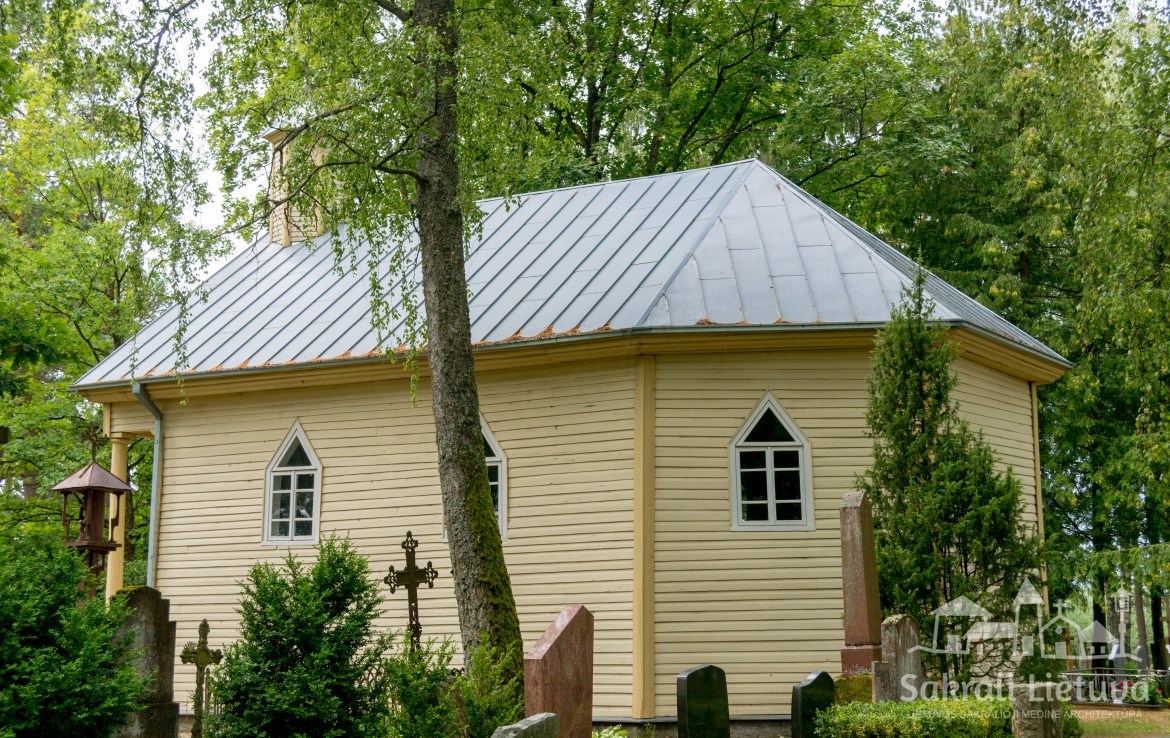 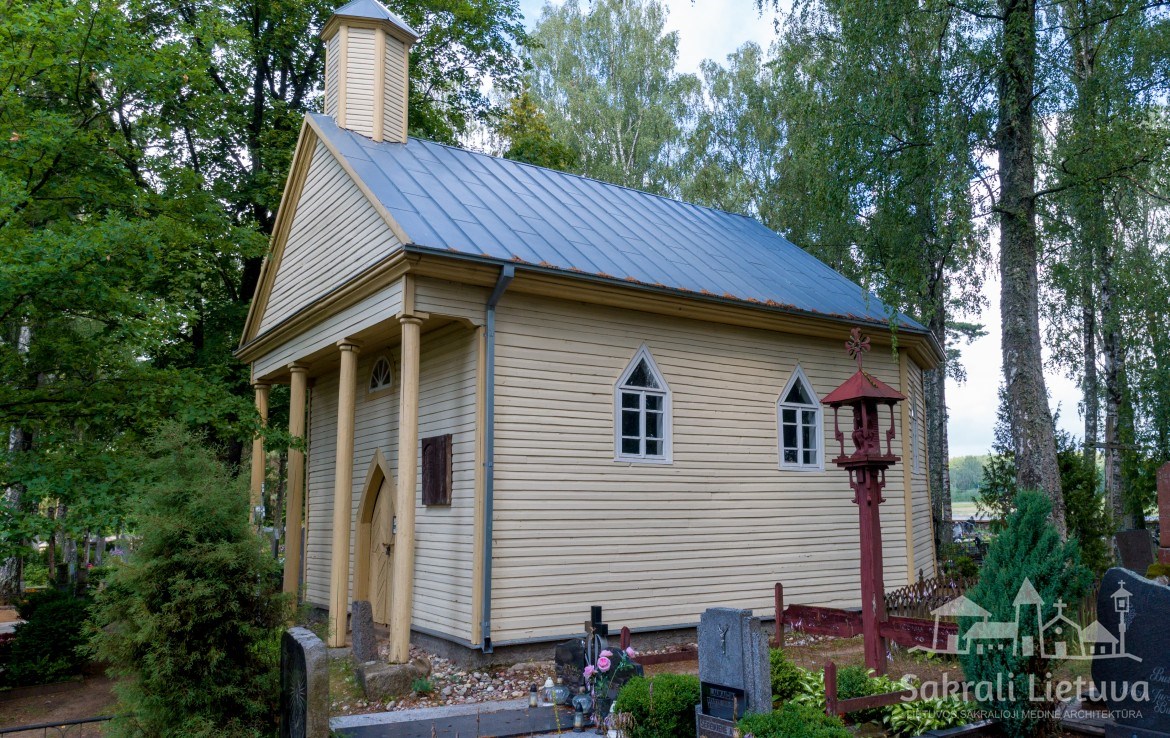