The Russian Orthodox Church of St. Peter and Paul as built in 1908 for donations from parishioners. Sofia Veryovkina, the wife of the then Governor of Vilnius, Piotr Veryovkin, also contributed to its construction.

Without enough funds for a stone church, this wooden Orthodox Church of St. Peter and Paul was built. There was an operating Russian Orthodox cemetery nearby. As the parish grew, it was difficult for all the believers of Naujoji Vilnia to fit into the small church, thus building a new brick church was planned, but these plans were thwarted by World War I. During the war, the Germans dismantled the unfinished church and used the materials to build a gunpowder factory. In the interwar period, thanks to the initiative of F. Spica, the prayer house was revived. In 1955, the church was overhauled and a new belfry was built.

The church, built on a high stone and brick plinth, is of a composite volume and a rectangular layout. It has a belfry, a slightly narrower five- wall apse and an enclosed porch of the main facade. The sheet steel roof is two-sided, with wide slopes and protruding profiled rafter ends. The apse roof is pentagonal, and the porch of the main facade is covered with an elaborate two-sided onion dome roof. A steep two-section, eight-walled belfry-tower rises above the pediment of the main facade. The narrower second section of the tower is separated by a small roof and adorned by niches of segmental lintels, and topped by an onion dome roof covered with small, scale-shaped steel sheets. The church looks embellished due to mixed paneling of the log walls: the lower part up to the windows is boarded vertically, the middle part – horizontally, and the upper part – again vertically boarded with profiled paneling. The pediments of the facade and the porch are boarded in herringbone pattern and have diamond openings. The boarding is accentuated by cornices of a simple pattern, ornamental details decorating areas between windows and wall edges embellished with geometric patterns. Rectangular windows of the side facades include grilles. The windows are adorned with edges featuring the same decor as the edge parts, and with profiled striped dripstones and carved areas below the windows. Two rectangular apse windows are decorated in a less embellished style. The two leaf door of the main facade entrance is not authentic and has a wide window above the door.

There is an indoor wooden porch staircase that has survived to date. The seamless interior of the church is decorated with chandeliers, wooden altars, God’s table, candlesticks and other furniture. The floor and ceiling are made of wooden planks, and the walls are plastered. Ceramic tile stoves have survived to date. 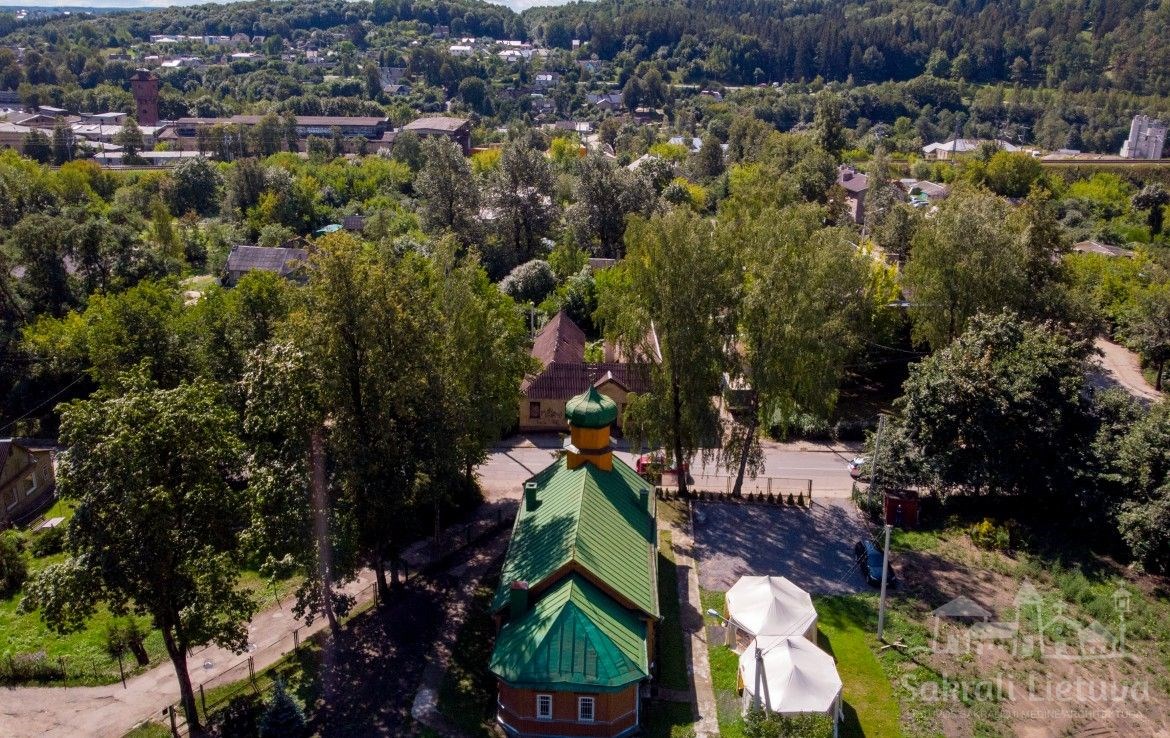 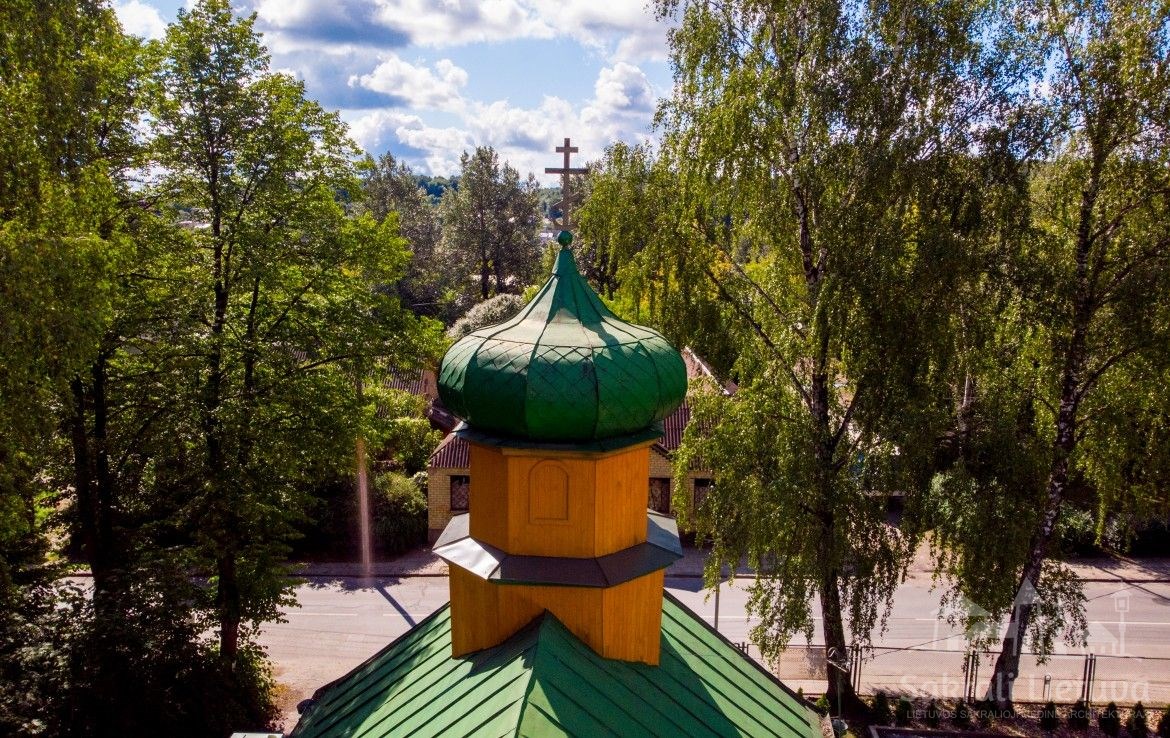 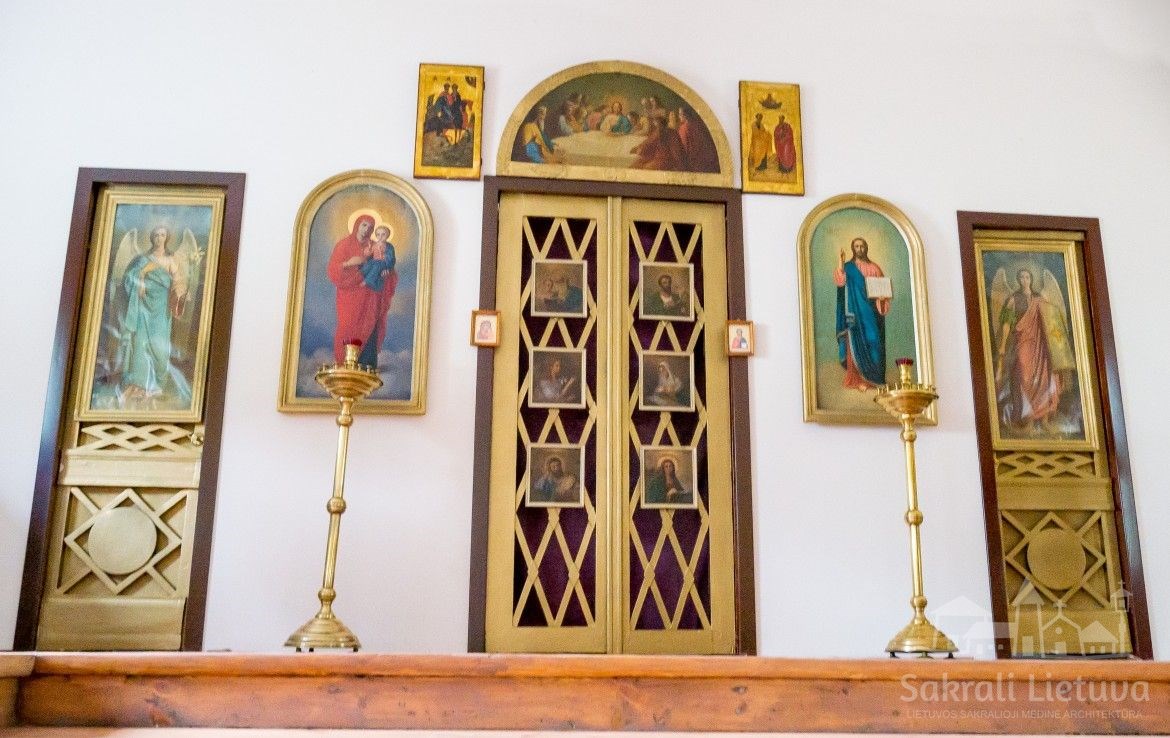 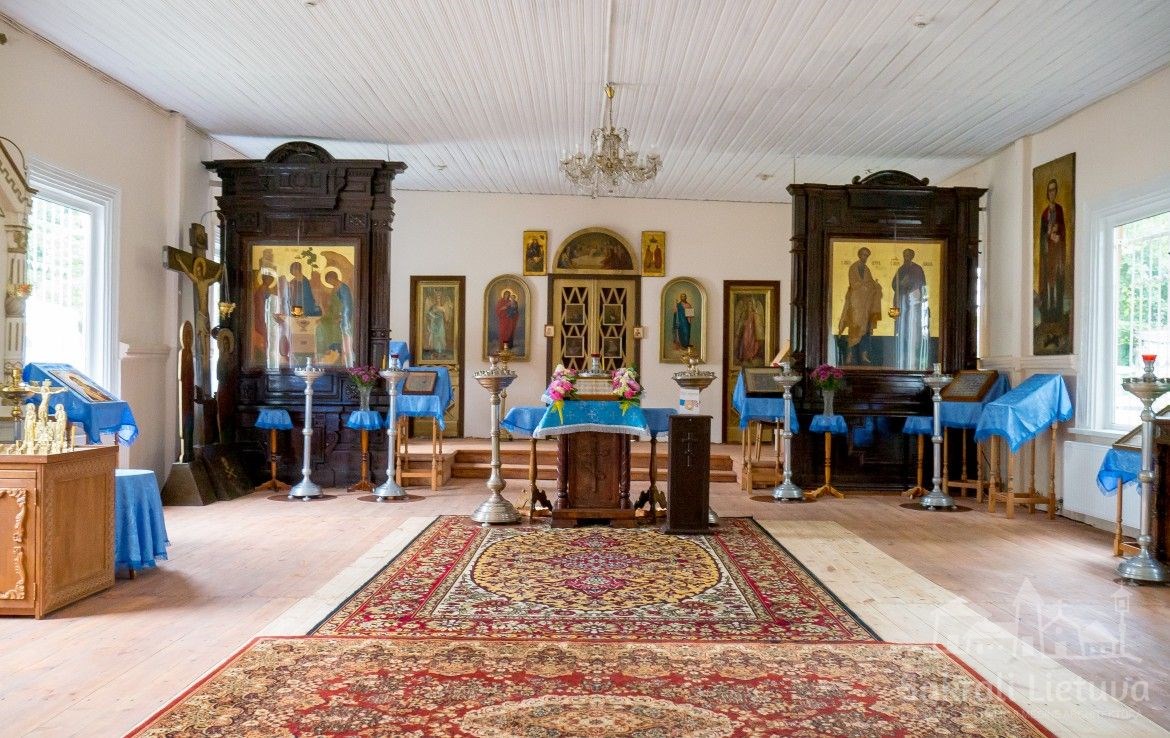 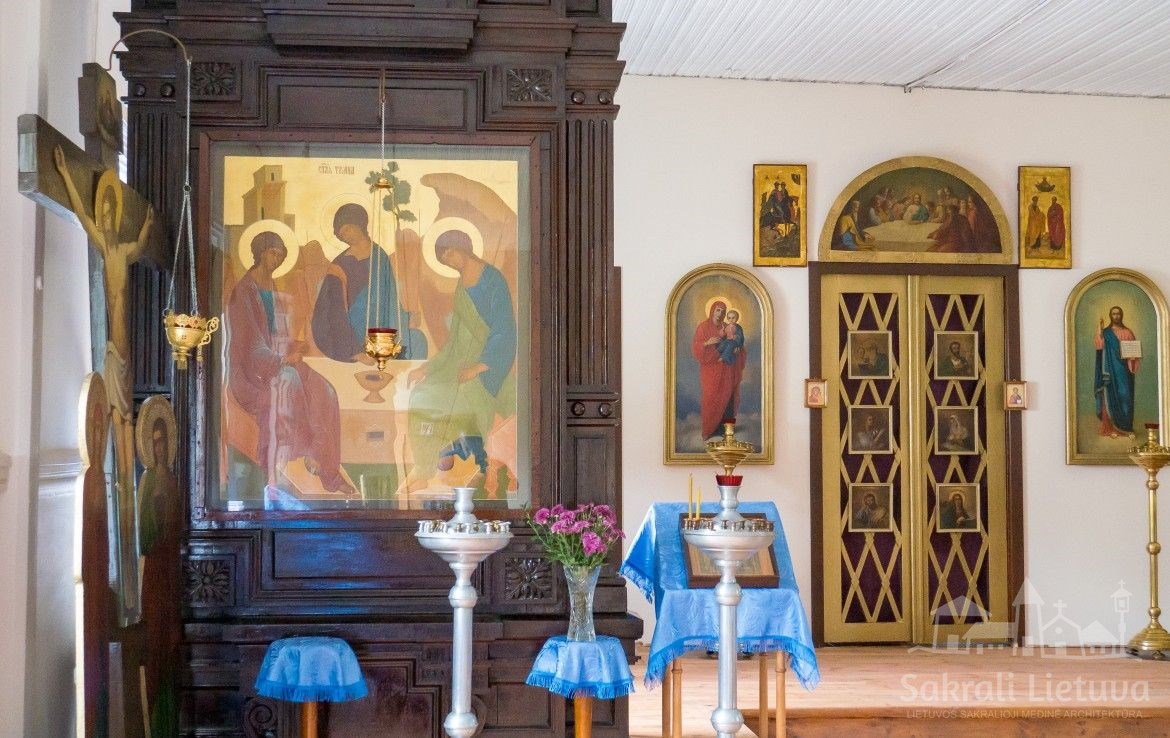 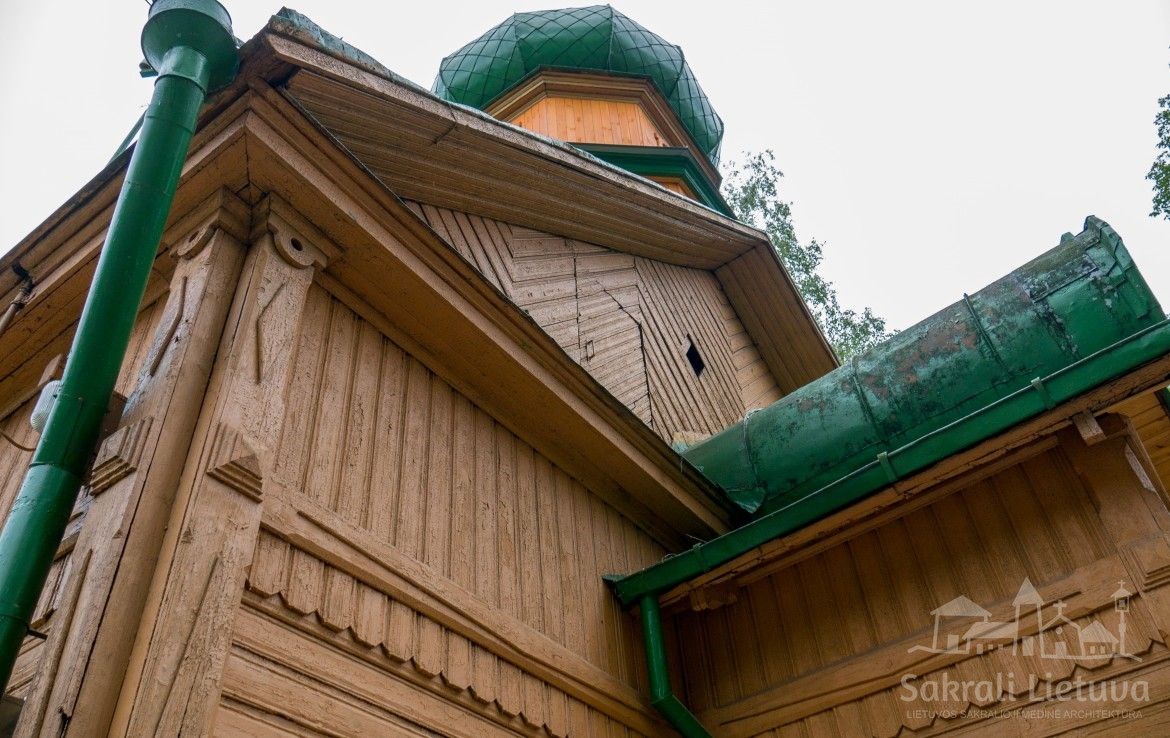 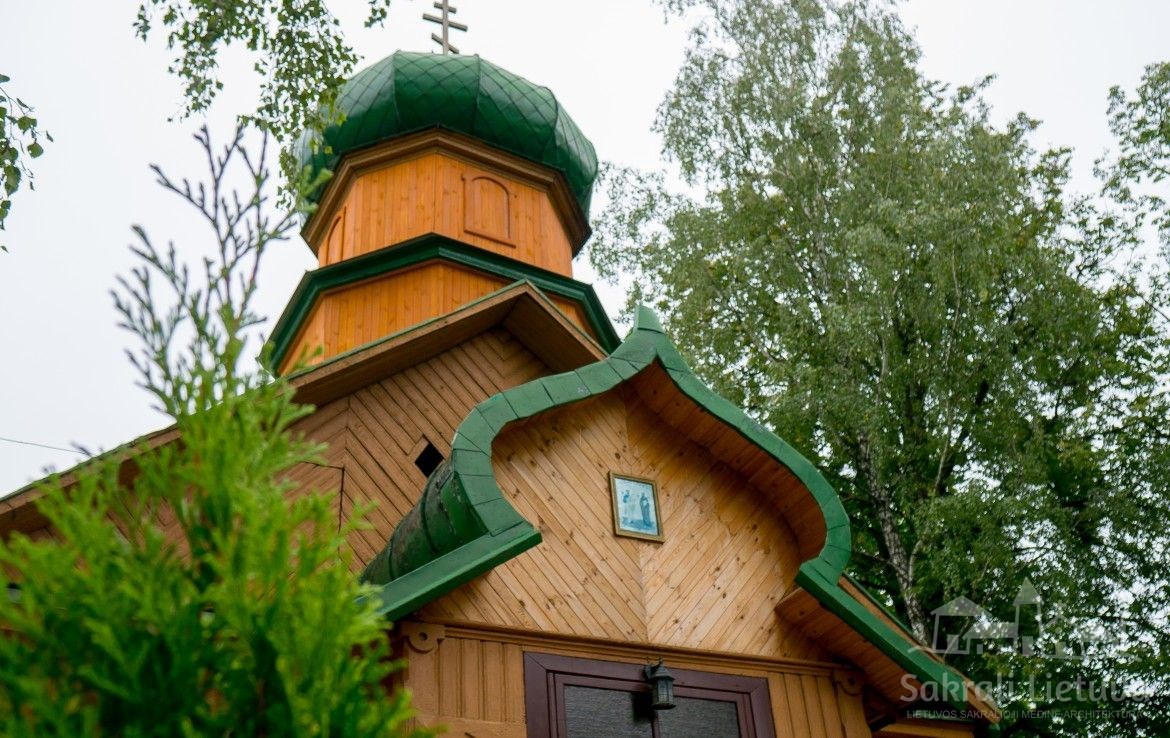 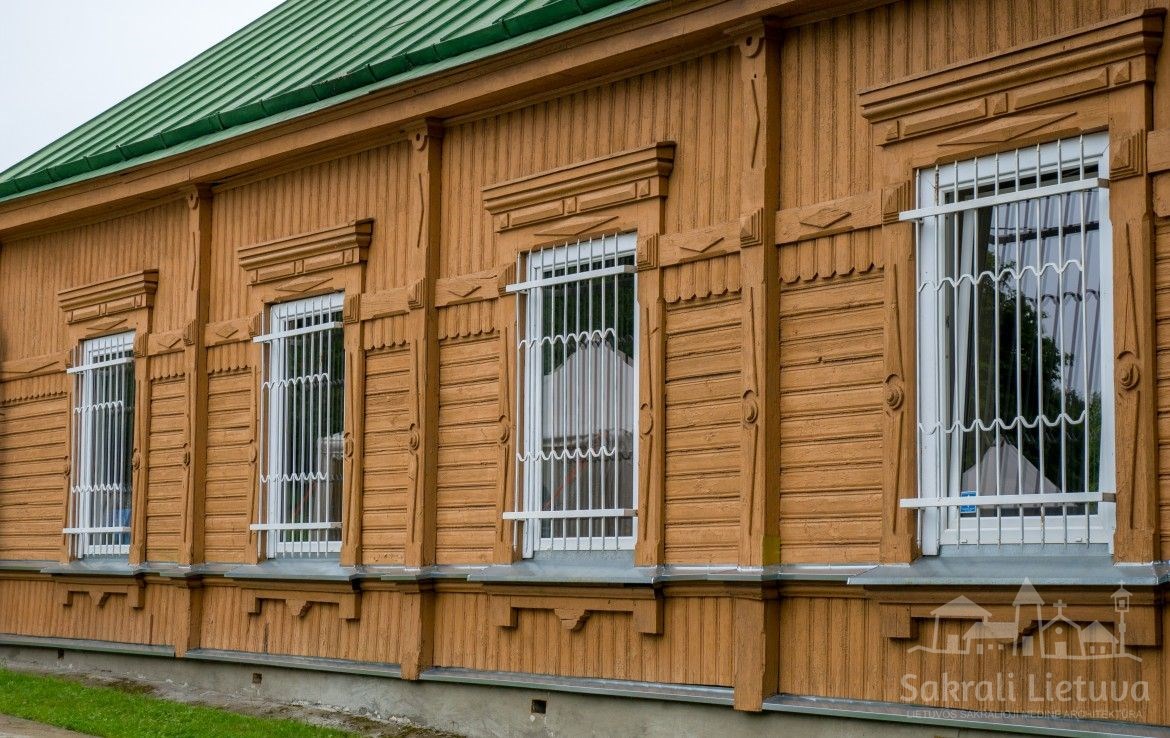 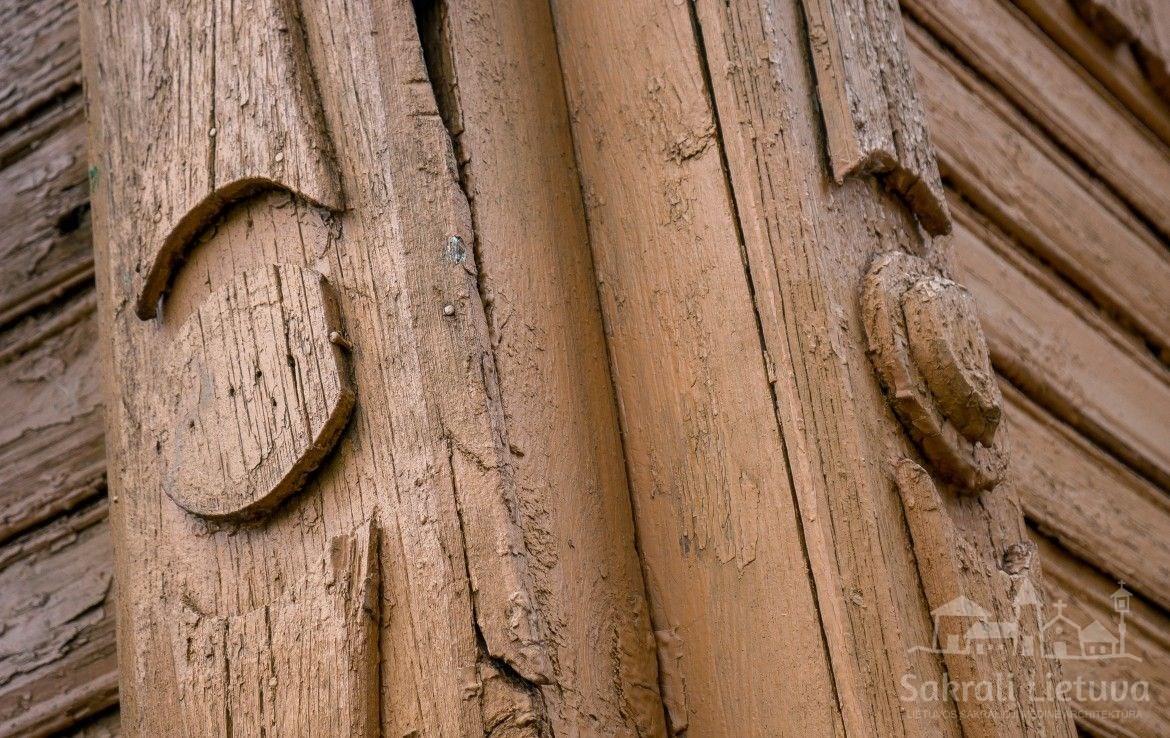 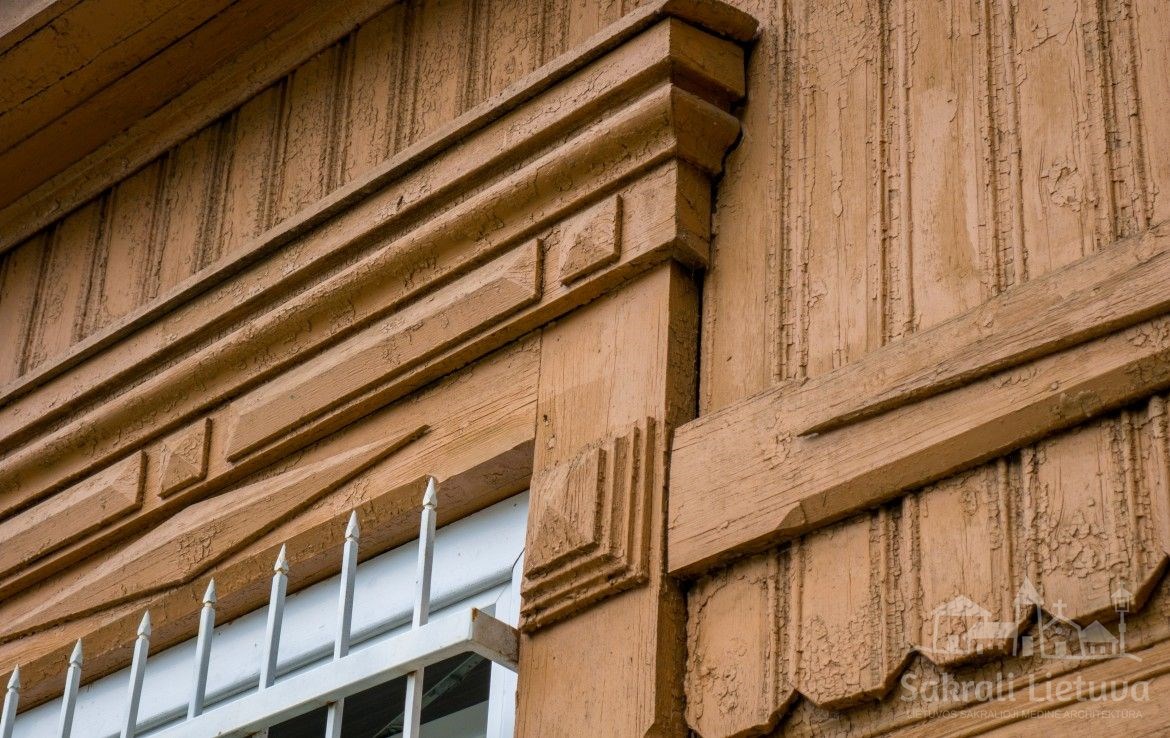 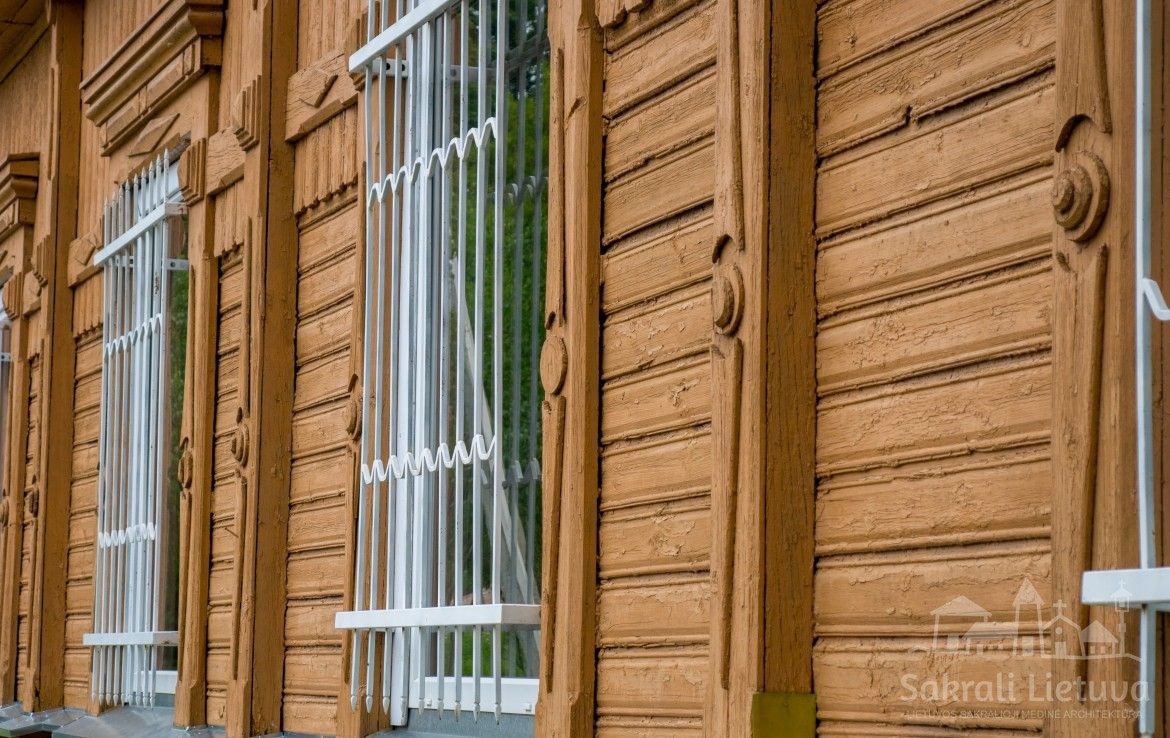 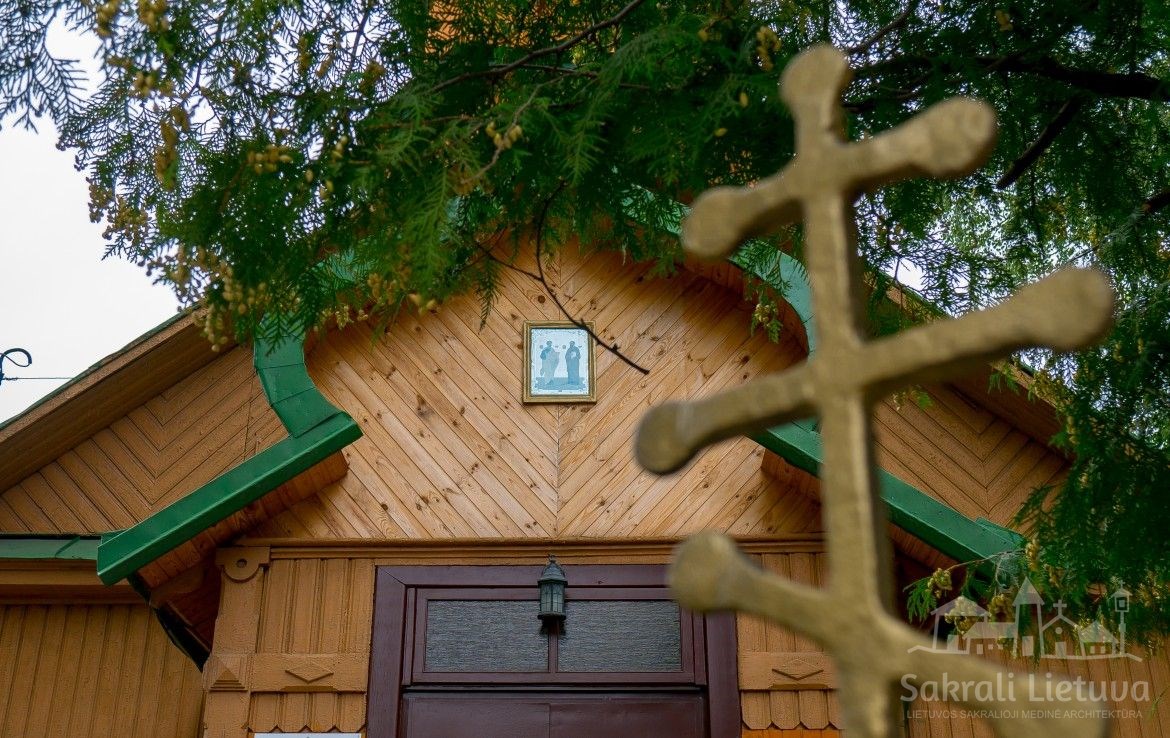 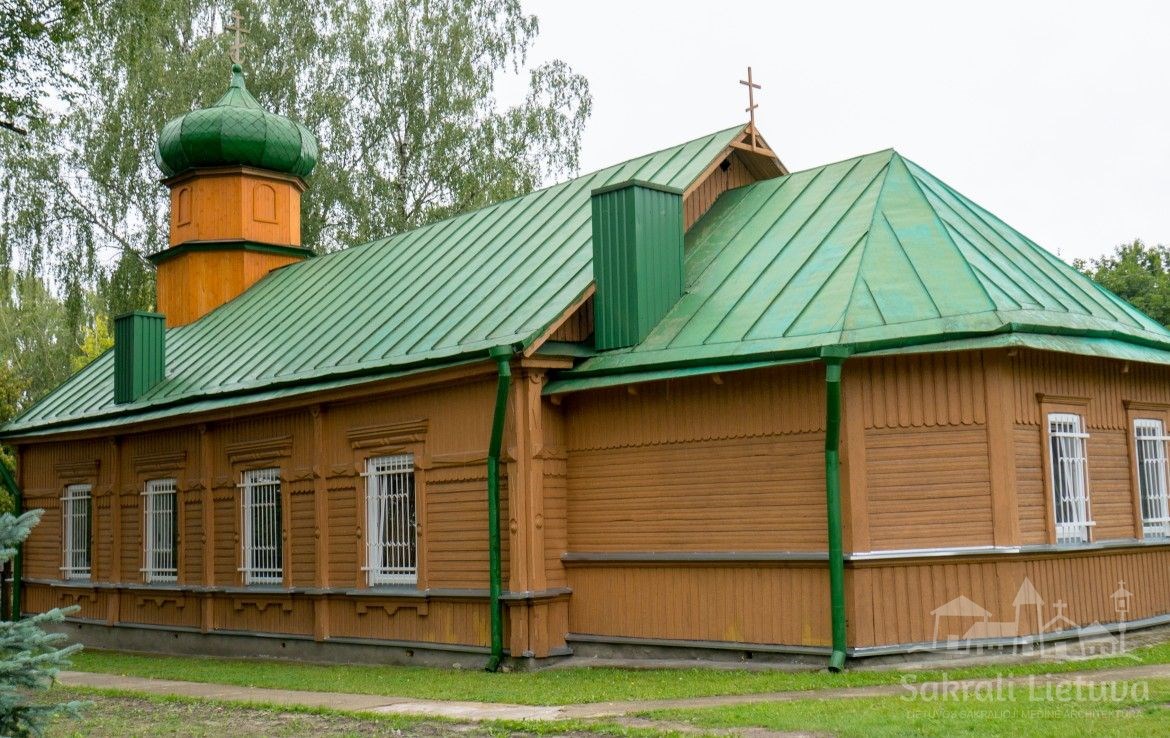 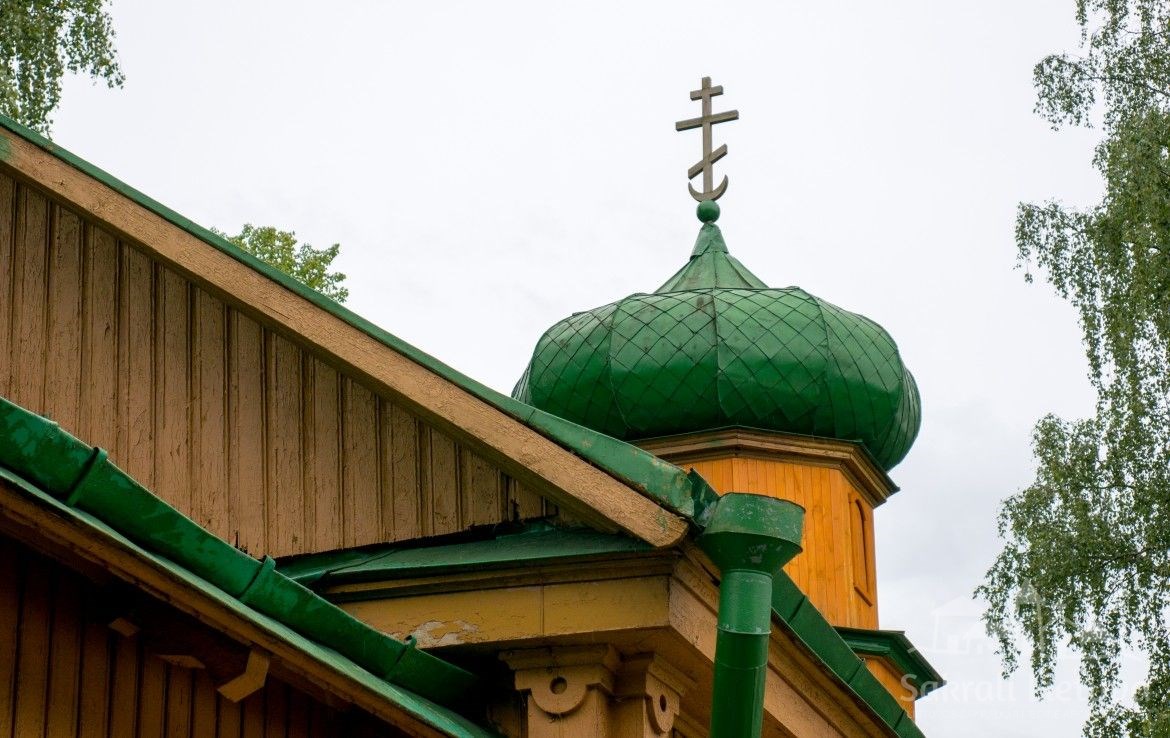 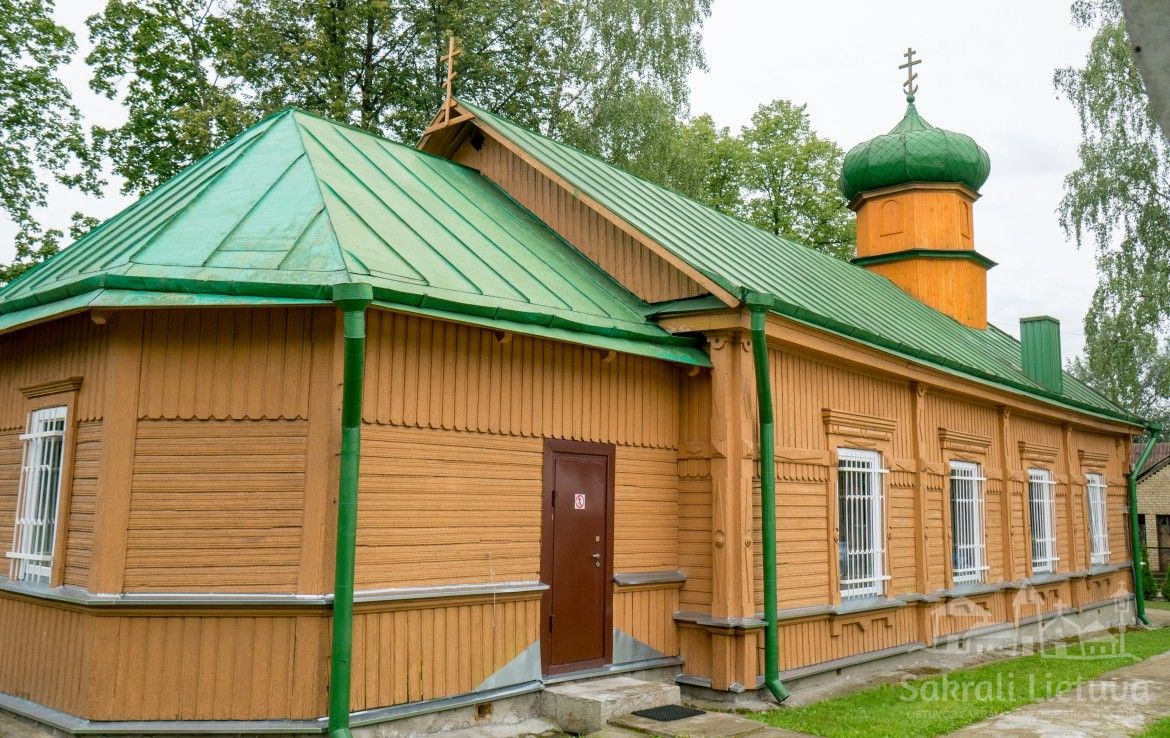