The first mention of Kuktiškės in written sources is closely related to the establishment of Christianity in the Grand Duchy of Lithuania: after the christening of 1387, these territories were donated by the Grand Duke Jogaila to the Bishop of Vilnius. The building of the first church in this settlement back in 1604 and was initiated by Benediktas Vaina, the Bishop of Vilnius. At the beginning of the 17th century, the Bishop gave an order to visit the church every holy day and on Sundays, and even prescribed fines for disregarding this instruction.

In 1889, after the old church of Kuktiškės burned down, a new wooden prayer house, opened in 1891, was initiated by the priest K. Valiūnas and funded by the parishioners. The church architecture is eclectic, combining different styles: the exterior is dominated by the features of neo-Classicism and the interior – neo-Baroque. The highlight of the main facade is the portico with triangular pediment, supported by four wooden polygonal, profiled columns, framing the main entrance. The pediment depicts a symbol of providence characteristic of the Lithuanian Catholic tradition and a Lithuanian text made of copper letters: “Glory to God in the Highest Heaven”. An octagonal turret with four triangular pediments and a pointed sheet steel roof topped with an ornamented forged cross, is located above the portico on a quadrangle base. A similar octagonal turret, only of smaller proportions rises on the roof above the great altar. The building is of a quadrangle layout with four side annexes – two on either side of the facade, and two on either side of the great altar.

The interior space is divided by wooden polygonal poles, two of which support the organ area, the other four support the church ceiling and divide the room into three naves. The altar of 1864 is located in the chapel annex located next to the main altar, with the wooden sculpture of Jesus of Nazareth carved in the same year. Multiple signs of gratitude of the believers – the vota, are pinned around it. The church interior is richly decorated with wall and ceiling paintings.

A wooden belfry, which was built together with the church, is located at the edge of the churchyard. It is laconic in form hand has the folk architecture look, with slightly stylized elements that match the neo-Classical exterior of the church, triangular pediments of the eaves. The builder of the church K. Valiūnas provided three bells especially cast for this church in Russia: the great bell “St. Michael” cast in 1894, the middle one “St. Casimir” and the little one “St. John.” In spite of the prohibitions of the Lithuanian press at the time, these bells have Lithuanian embossing next to Latin and Russian ones. 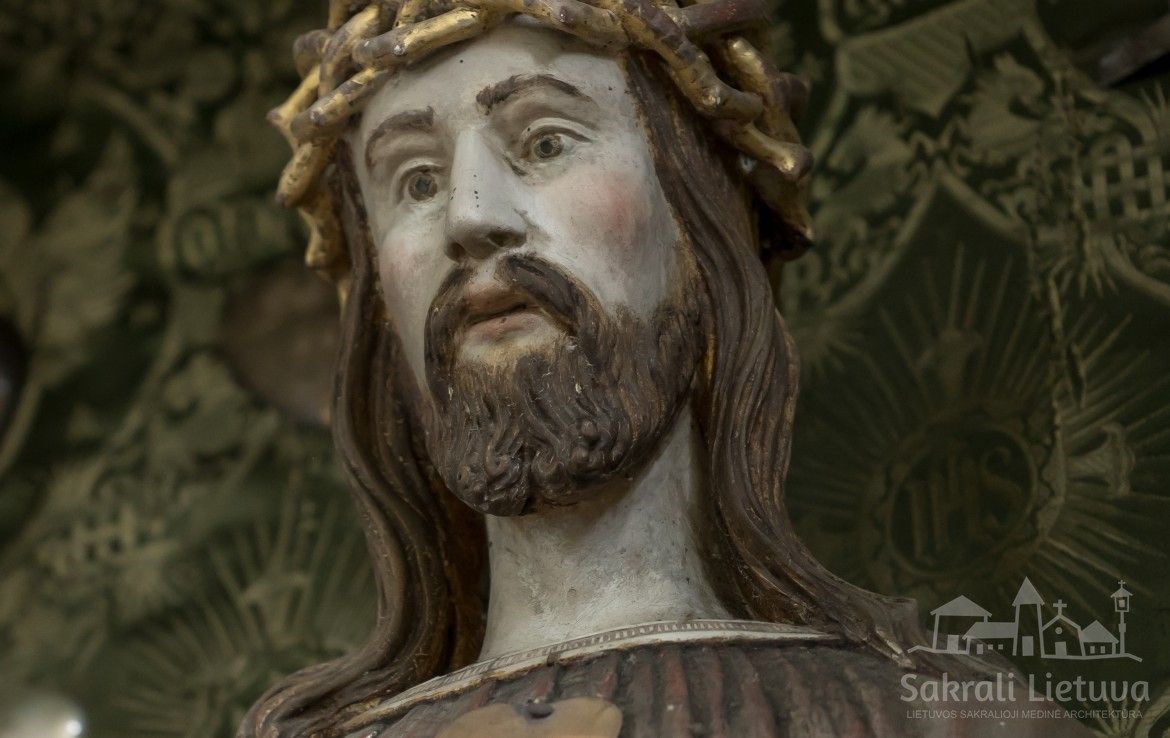 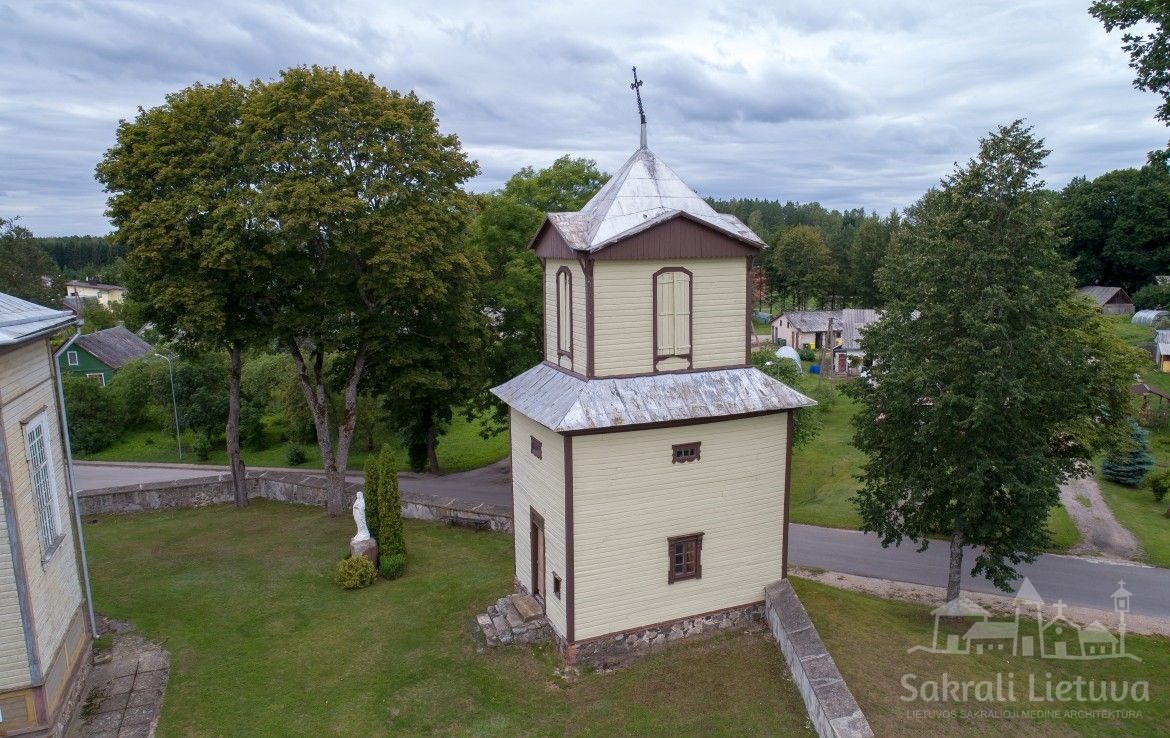 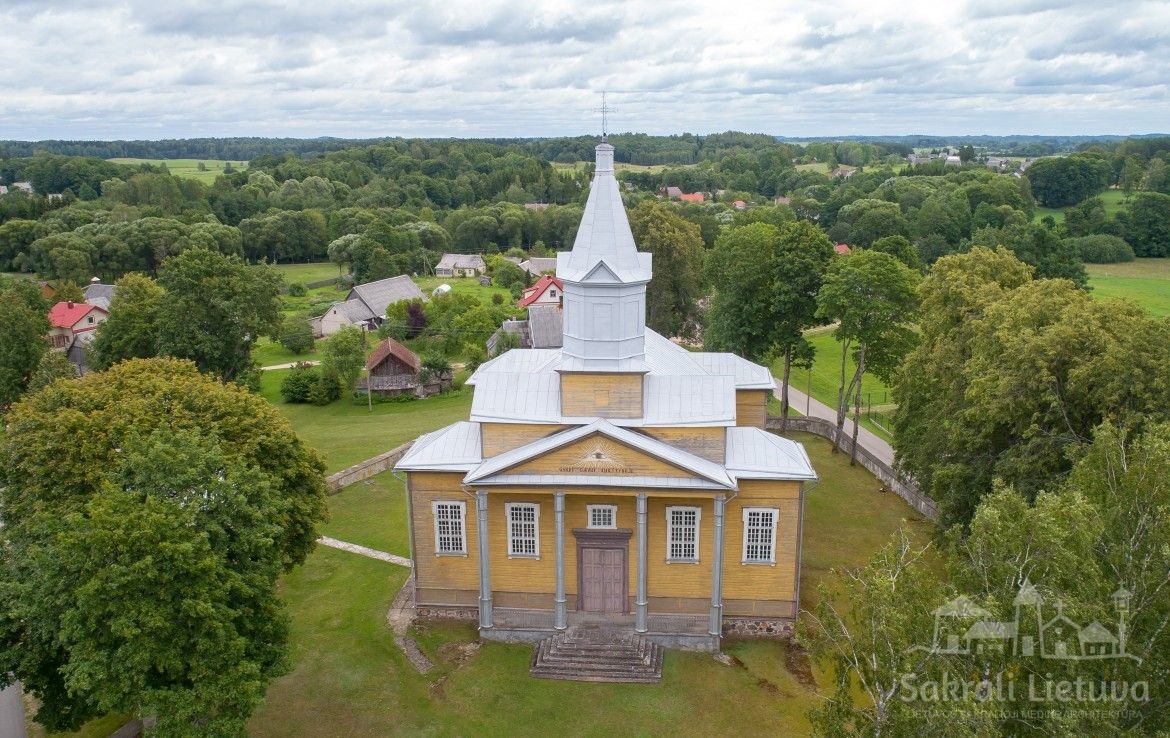 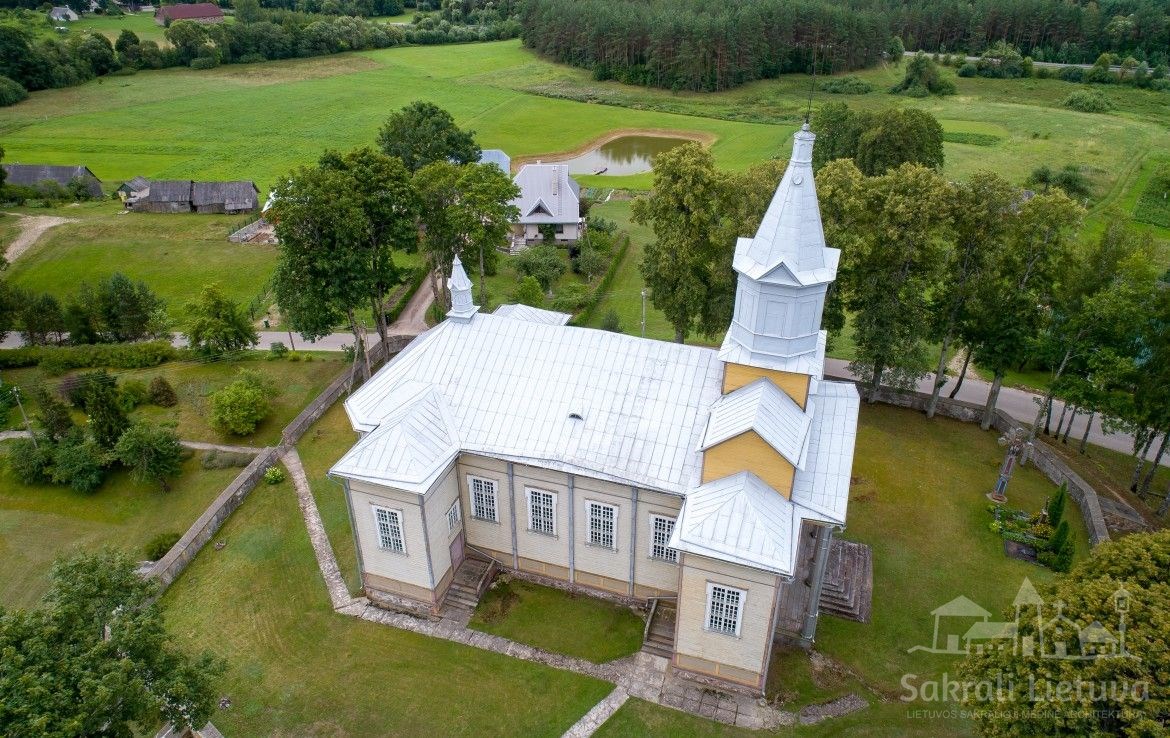 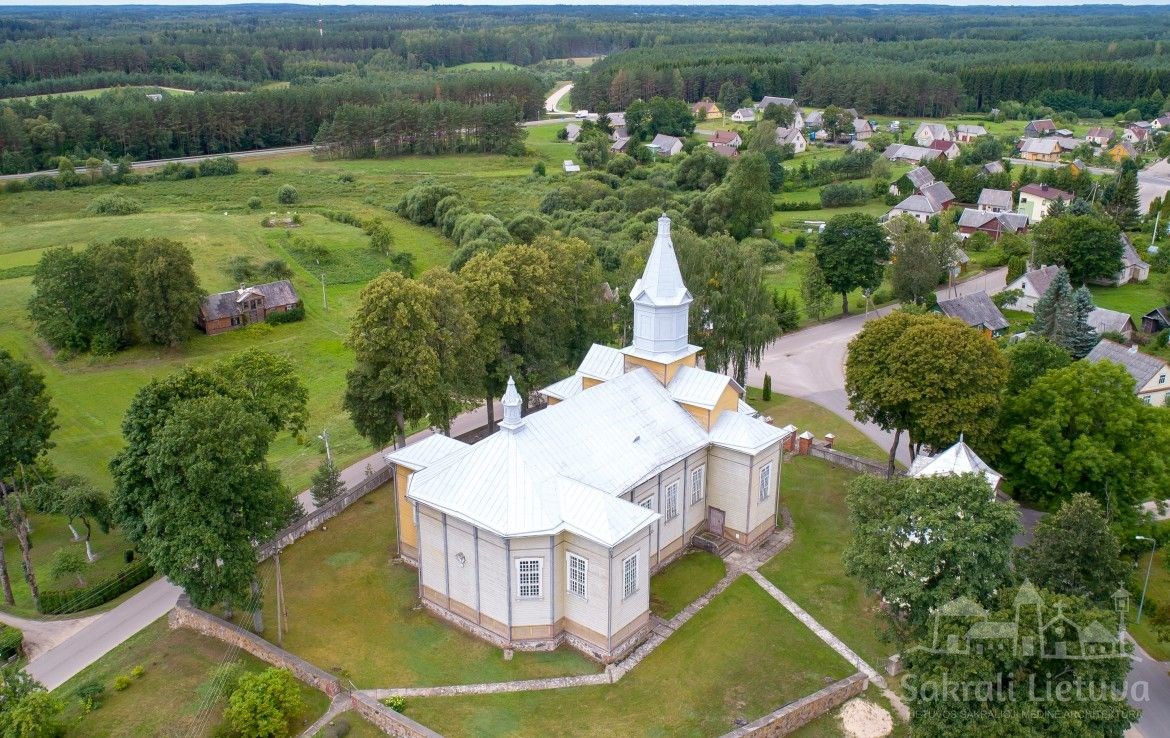 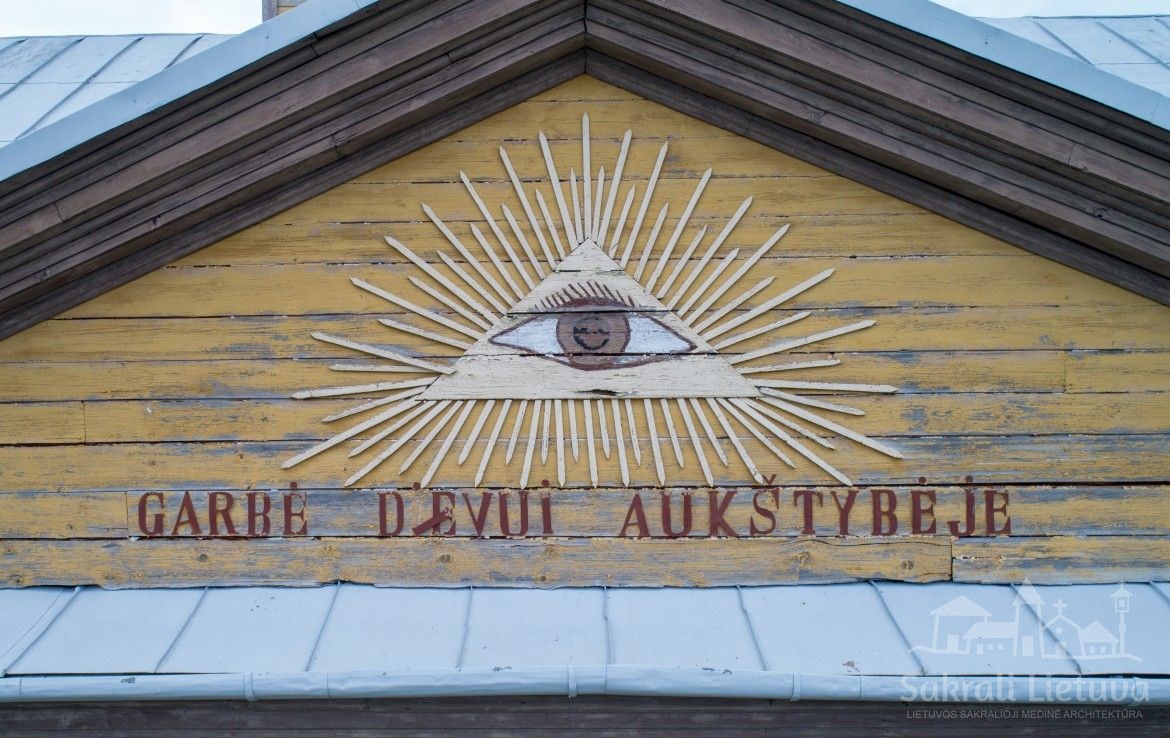 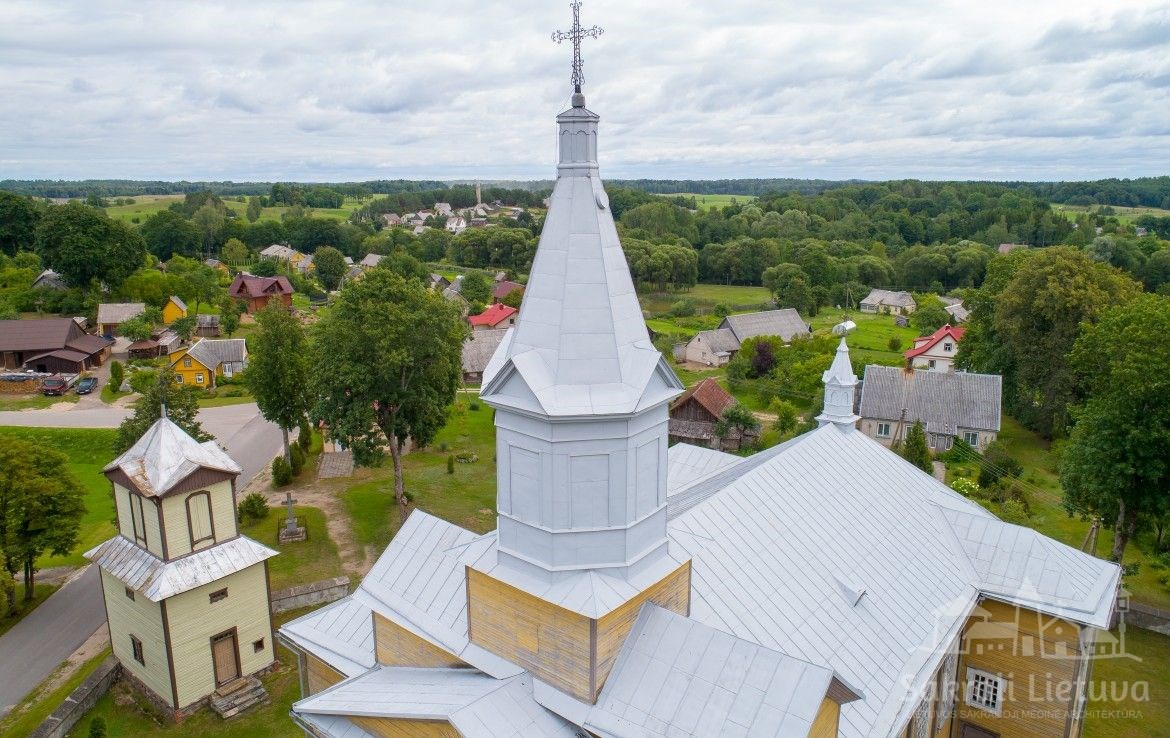 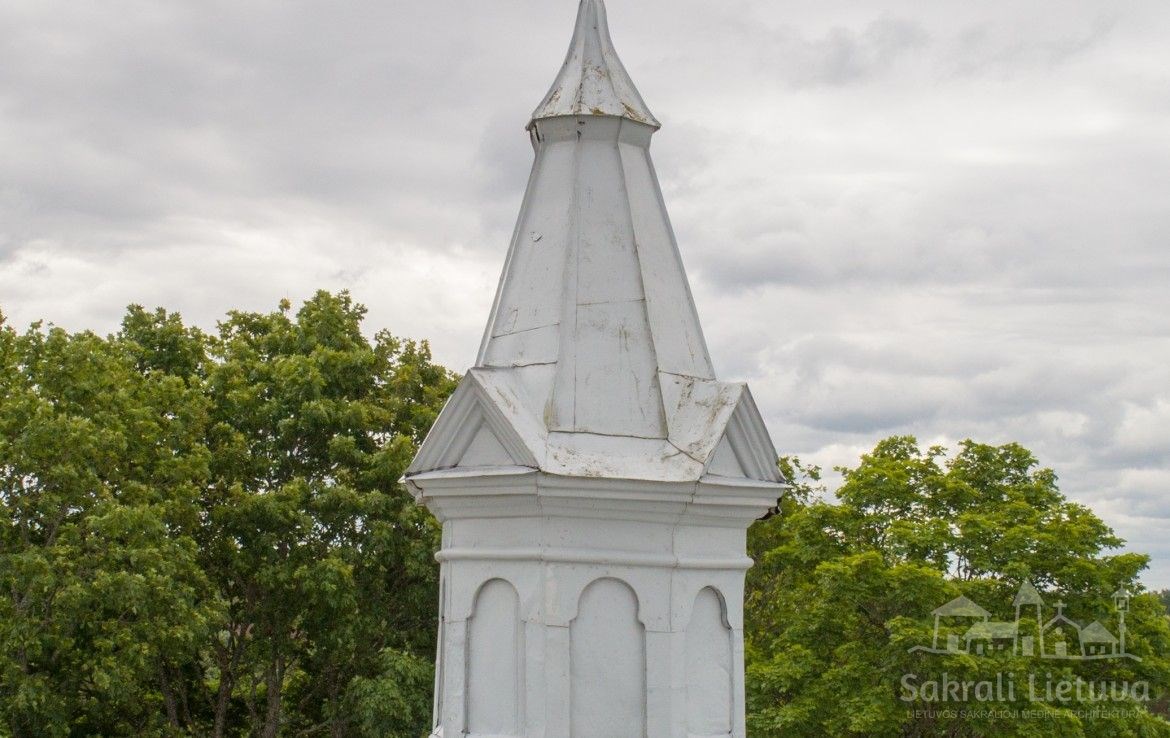 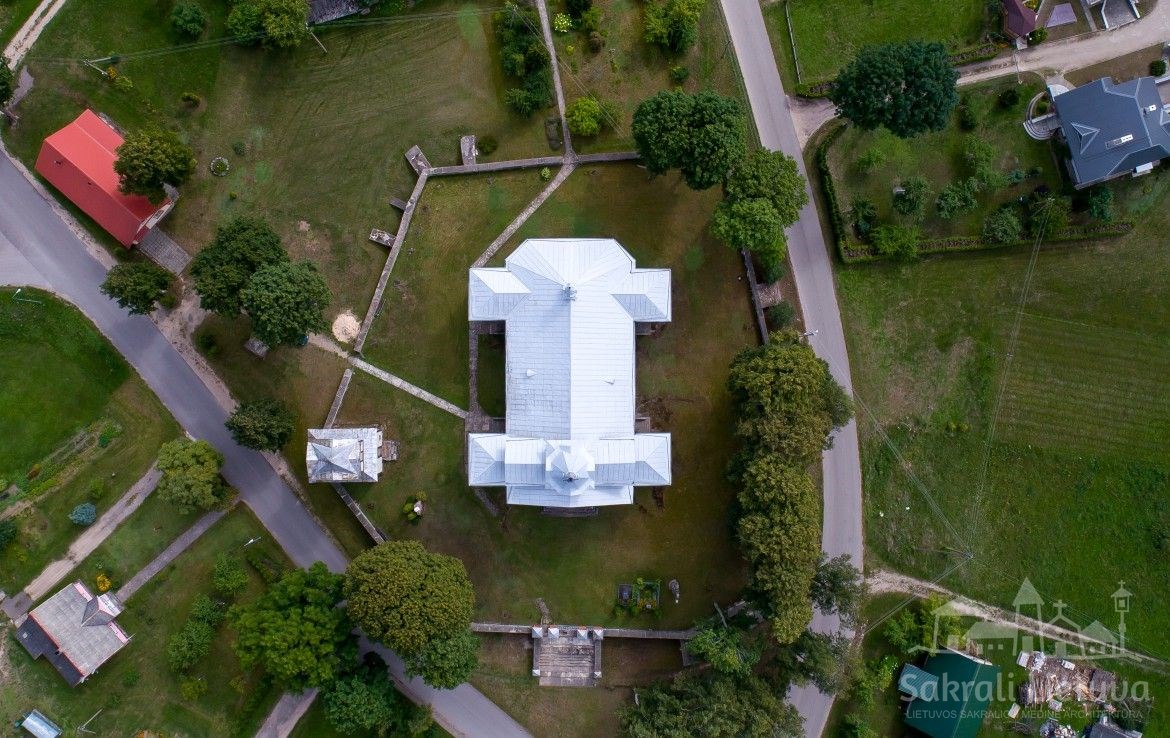 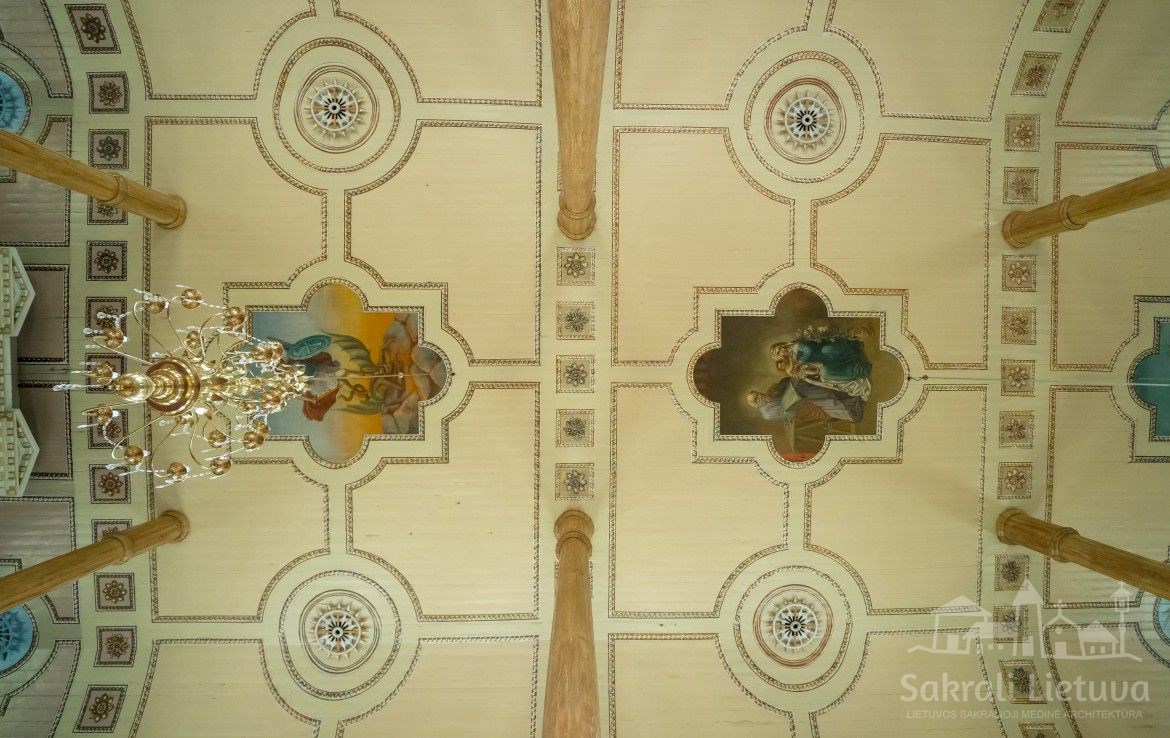 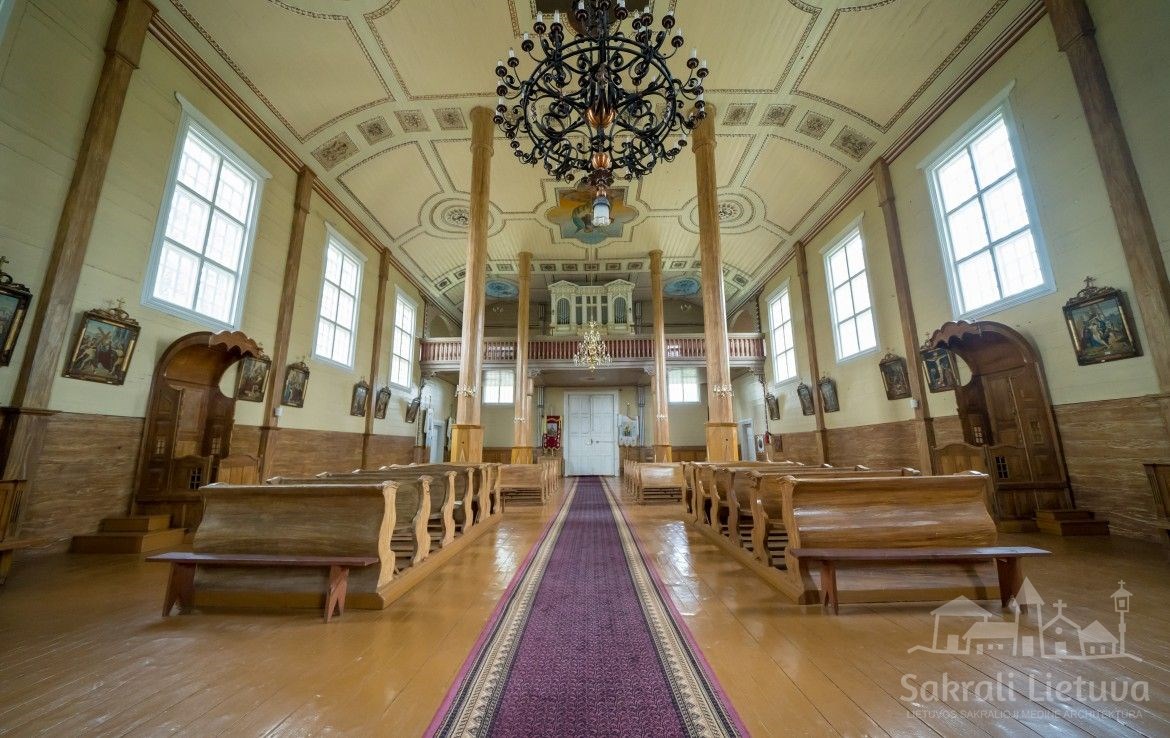 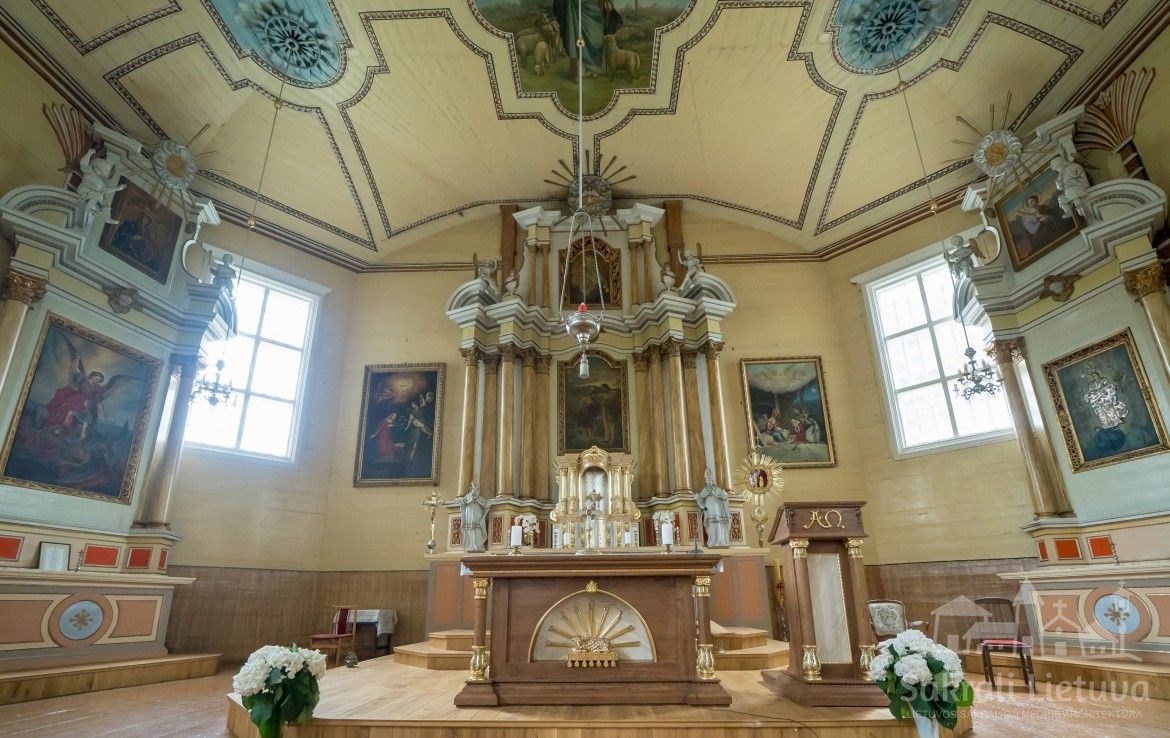 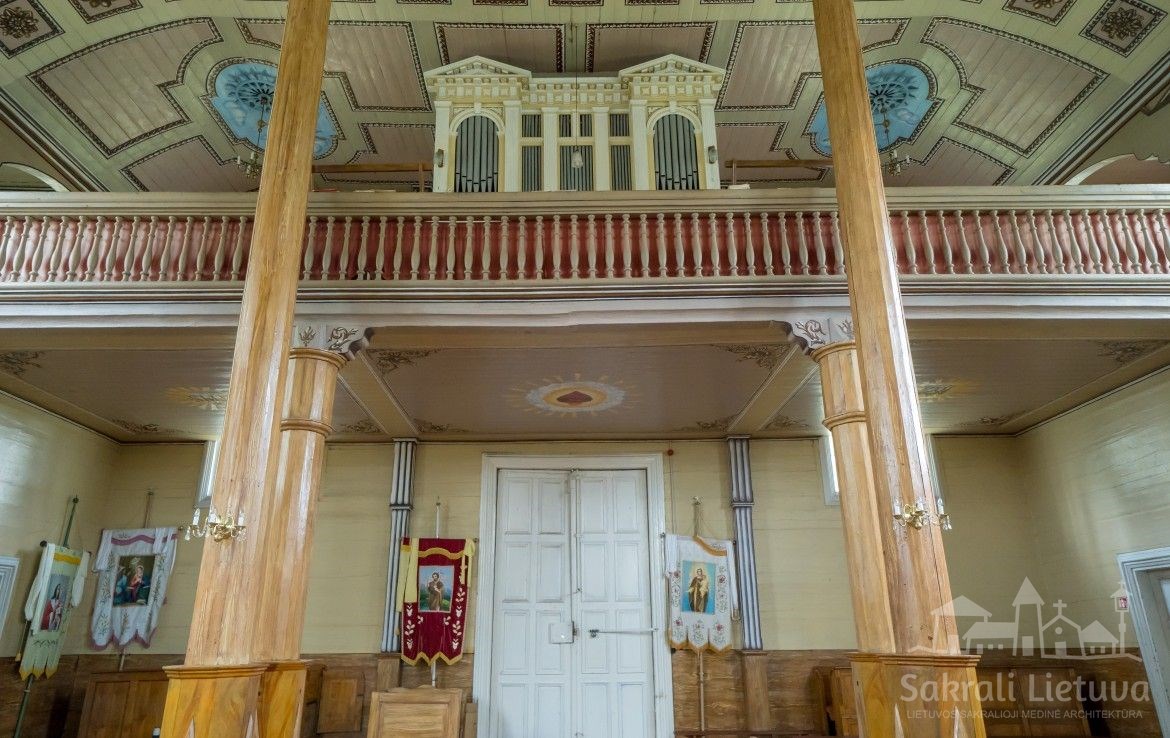 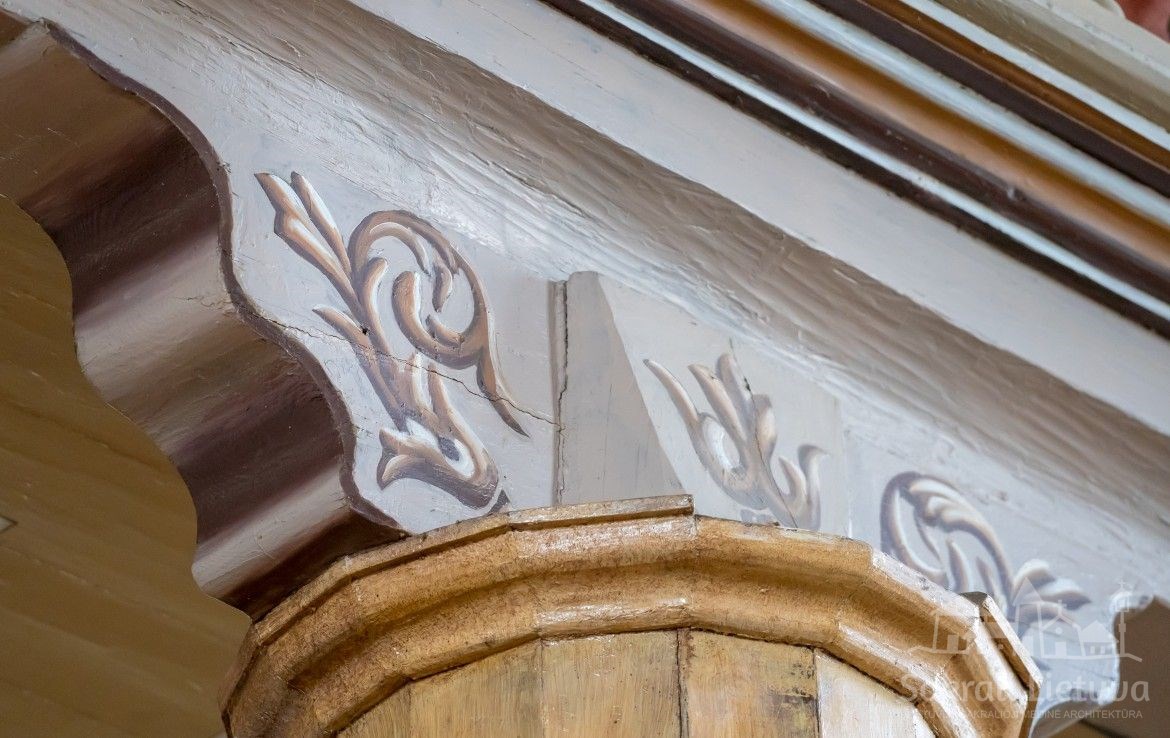 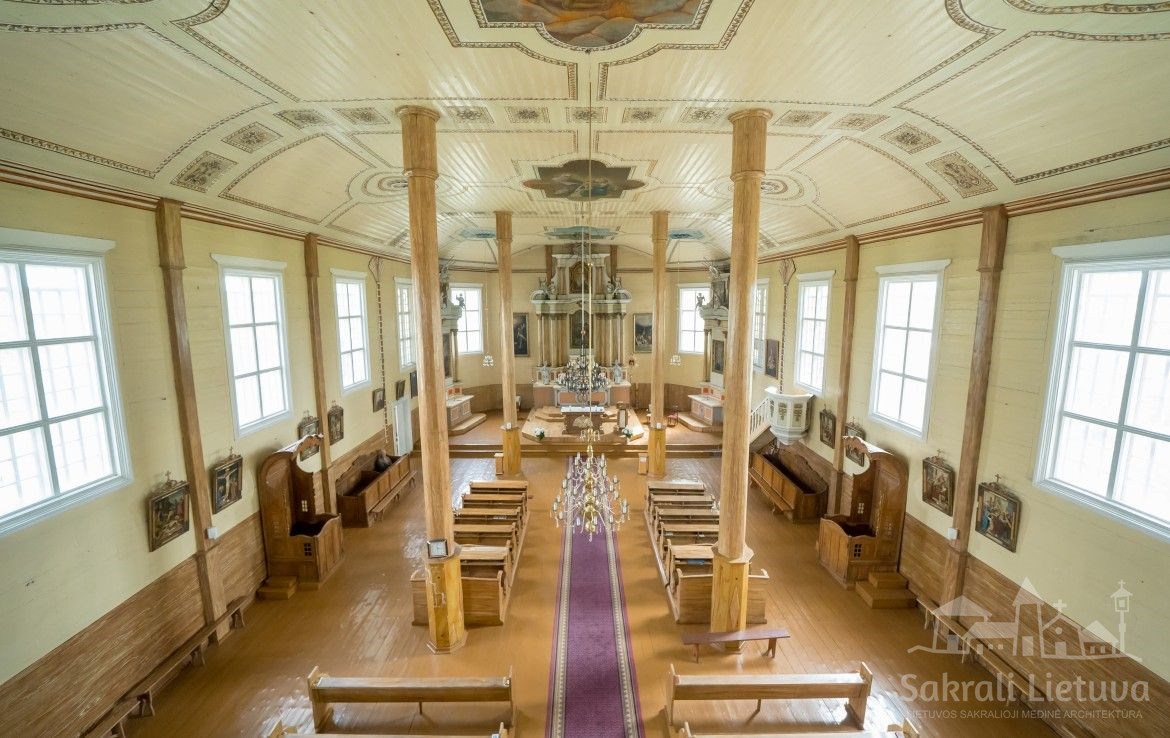 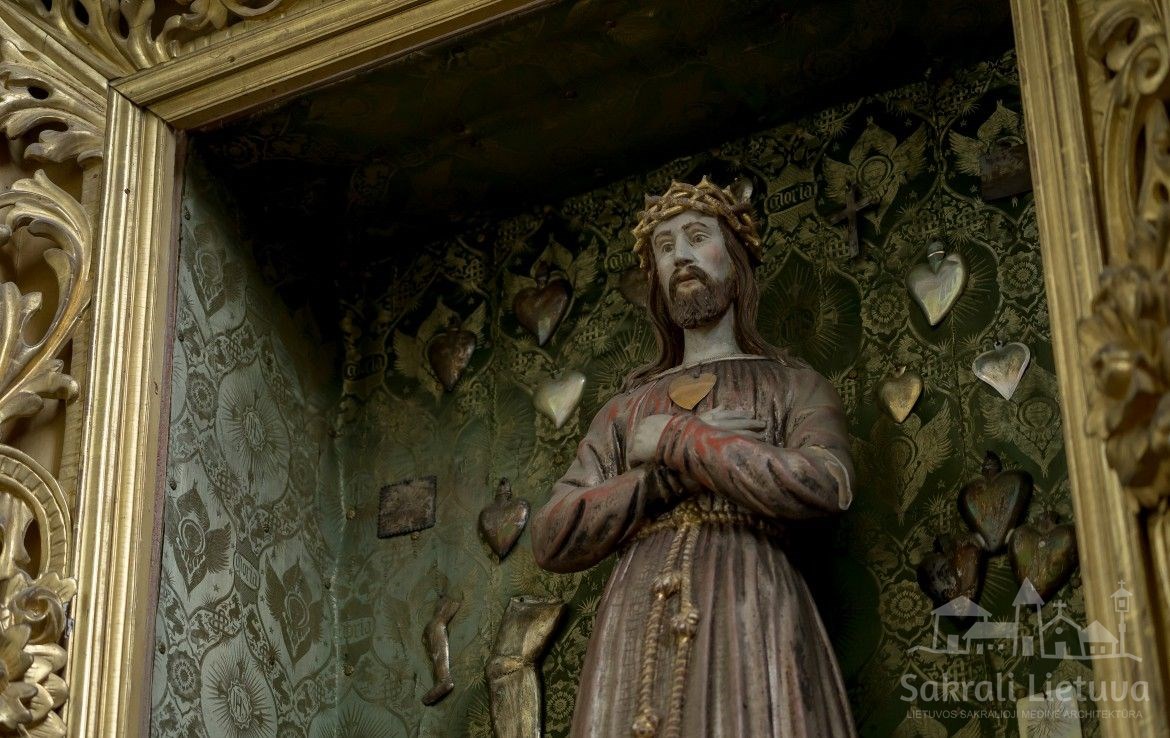