Architecturally it is one of the most unique and exceptional sacred buildings in Lithuania. Griškabūdis Church is the only wooden cult building of an octagonal layout and of Classicist style in Lithuania. It was built in 1792-1796, based on the design of the Carmelite architect Juozas Vasiliauskas. It was consecrated as the Lord’s Transfiguration church in 1800. In the 1870s the prayer house was significantly renovated, the worn out interior furnishings were replaced.
The church building is of a spacious, octagonal volume with rectangular annexes containing a portico and a presbytery-sacristy, and small protrusions for the side altars. The roof is shaped as an octagonal pyramid, covered with sheet steel, with an octagonal, decorative two-section turret in the middle. Belvedere turrets of similar shape also adorn the annexes.

The interior of the church is full of mural paintings, which decorate the portico of Classicist forms. The portico sides are closed, and its triangular pediment is supported by four Doric columns. The Most Holy Virgin Mary’s statue is located in the open turret above the pediment, under the roof supported by small decorative columns. The walls of the portico are decorated with images of Aaron, Moses and the four evangelists, painted at the end of the 18th century and imitations of architectural elements. It is the only polychrome facade of its kind that has survived in Lithuania.
The space of the church is divided by four Ionic columns with pedestals. The ceiling of the central part is raised to imitate the mirror vault. The lower lateral spaces are separated by smaller Doric columns.

The church altars unifying the neo-Classical and Baroque motifs represent one of the most impressive ensembles of Historicism in Lithuania. It is believed that they were designed by the master Gutti. The Great Altar of the Transfiguration of Christ, with its deep portico, richly decorated with elements of Historicist style, truly stands out. The influence of the Italian school is evident in it. The other altars (of the Most Blessed Our Lady of Scapular, St. Joseph, St. Anne, St. Michael the Archangel) match the Great Altar.

Another extremely valuable interior element is the late Baroque and Rococo organ that was made in 1804 by the master George Adam Neppert. It is one of the most valuable instruments of this time period in Lithuania. Other surviving elements of authentic church equipment, including the baptistery with the roof and the pulpit, are dominated by the more modest features of Classicism. The ceiling, walls and columns of the church are adorned by the decorative ornamentation painted in 1870, and emblematic compositions that match architecture and the iconography of the altars.

The church was restored in 1970–1971, and restoration works were headed by Elvyra Rūgytė. The fenced churchyard houses three brickwork chapels of different styles built in the 19th century and at the beginning of the 20th century, and a tall reinforced concrete belfry of modern forms built during the interwar period based on the design of the engineer Antanas Bistrickas. 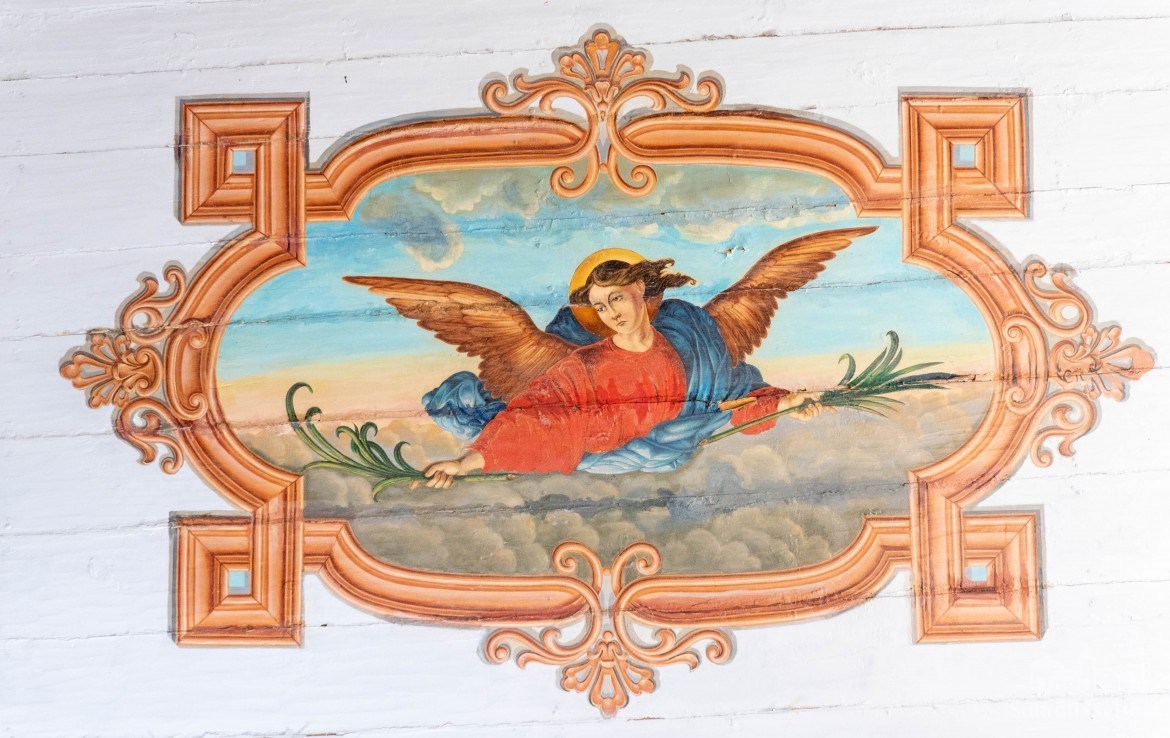 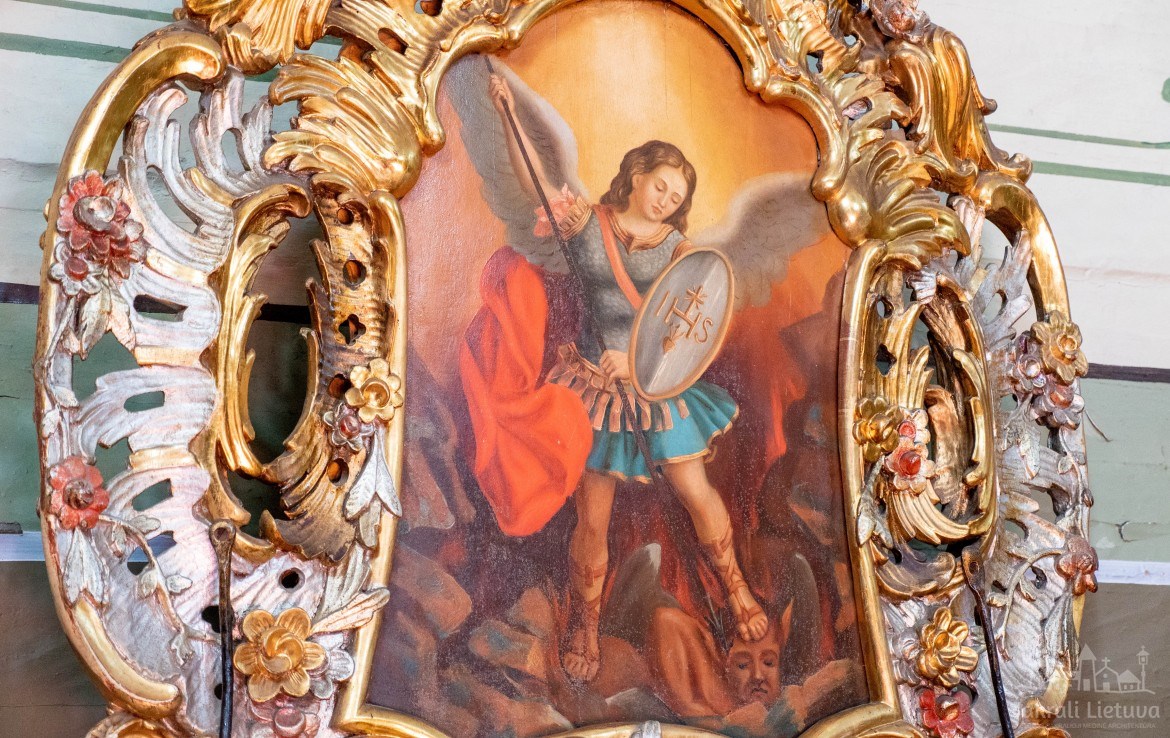 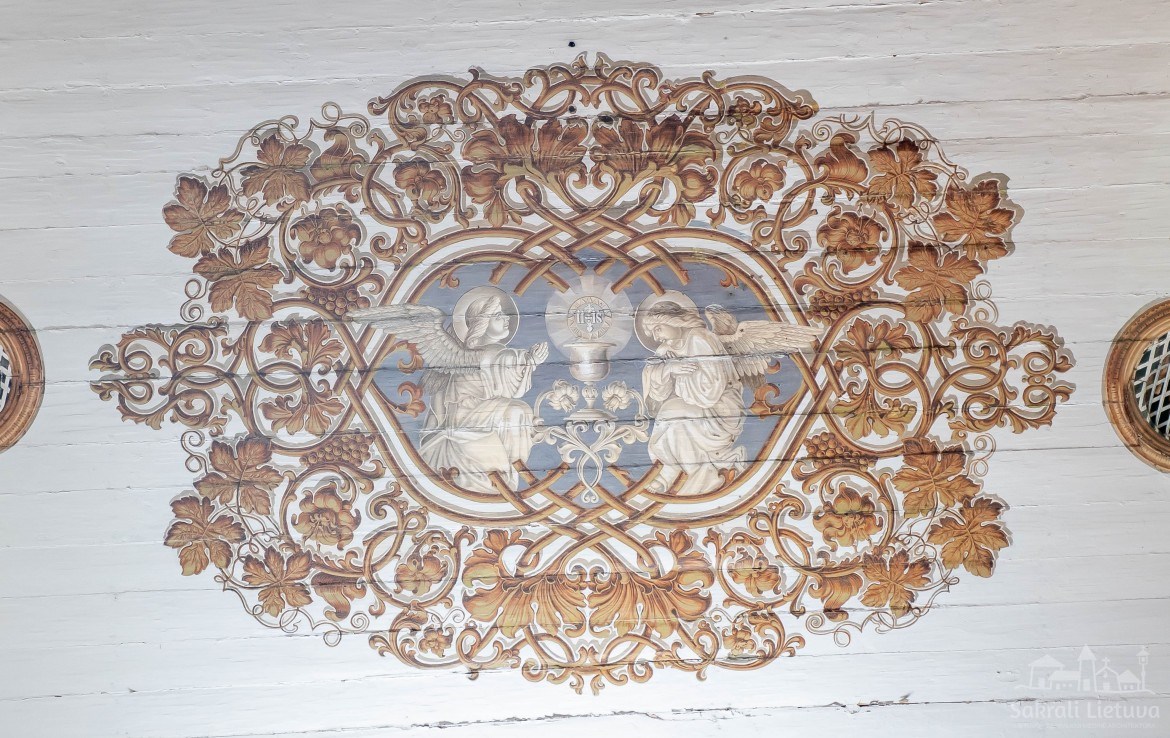 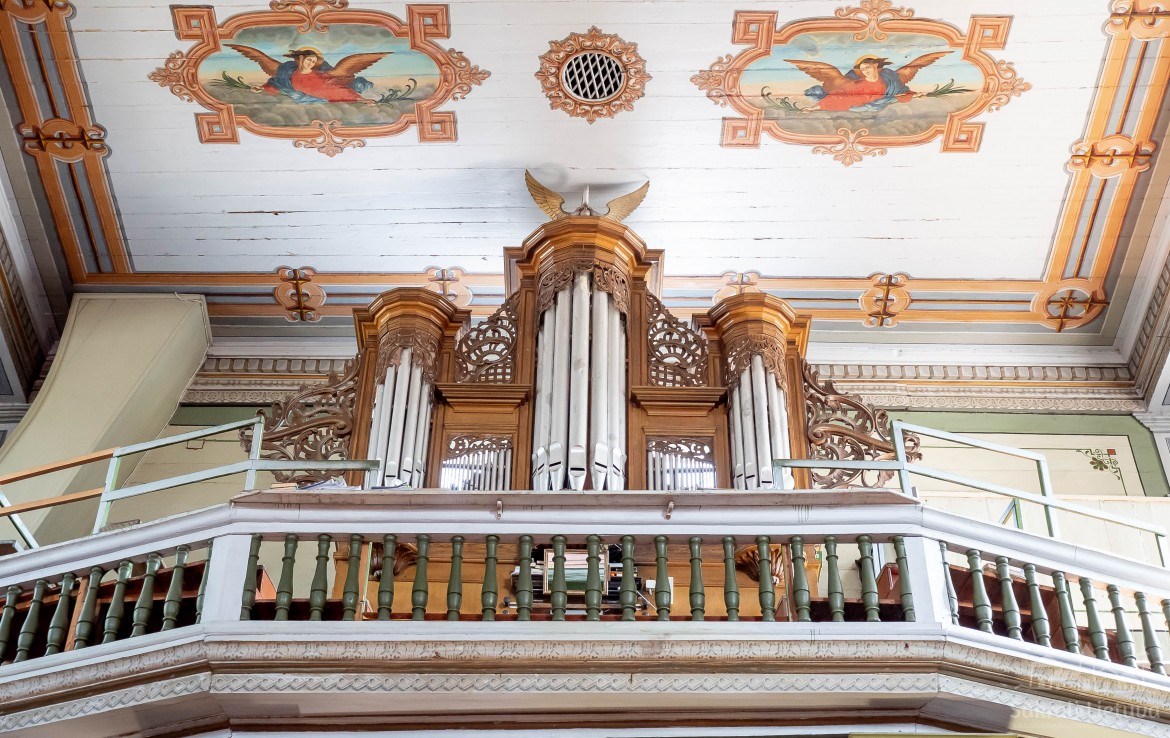 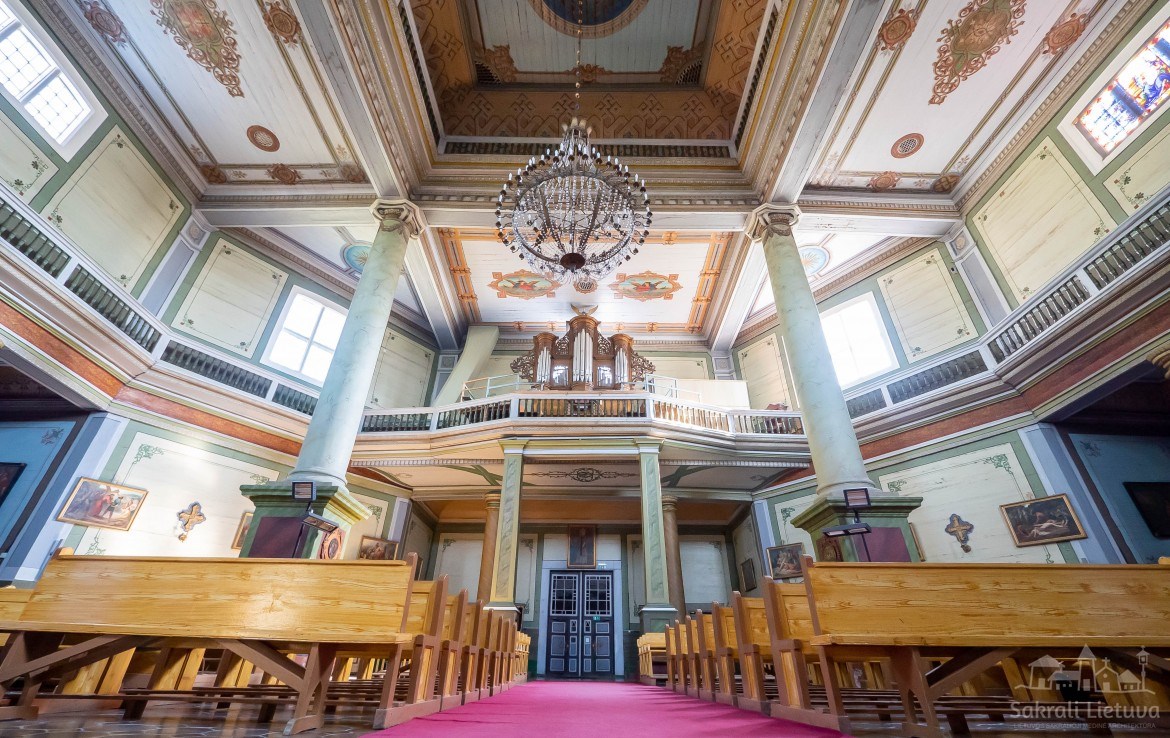 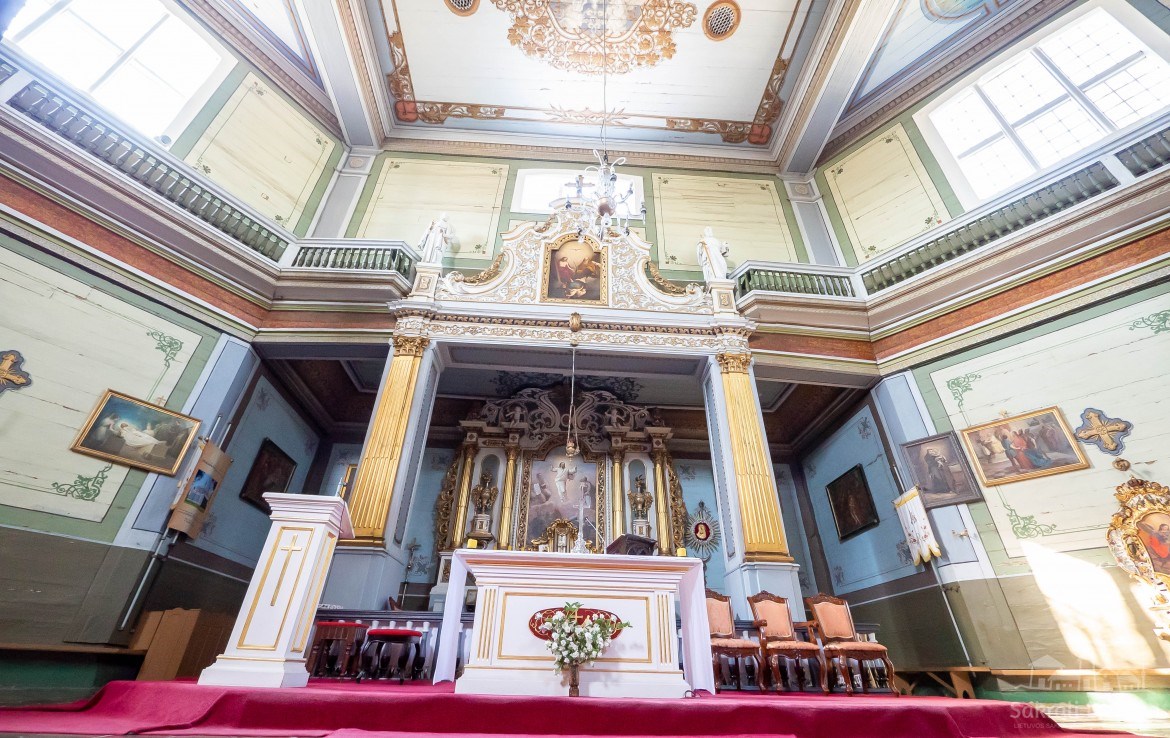 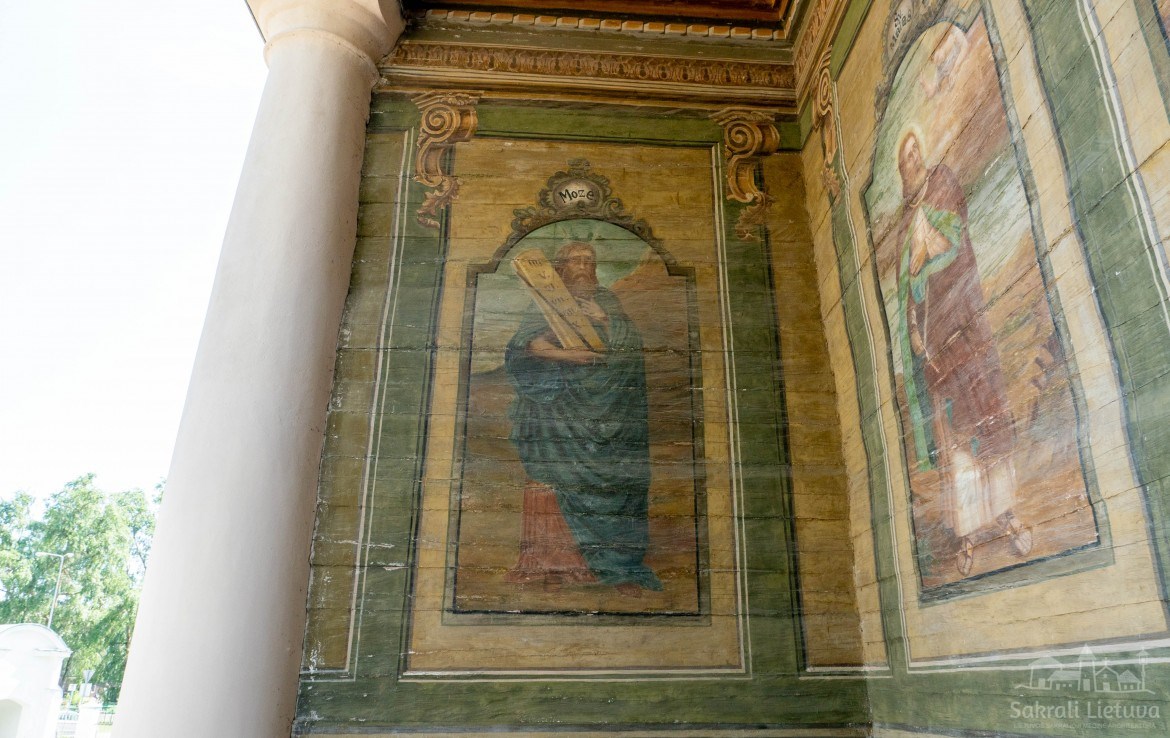 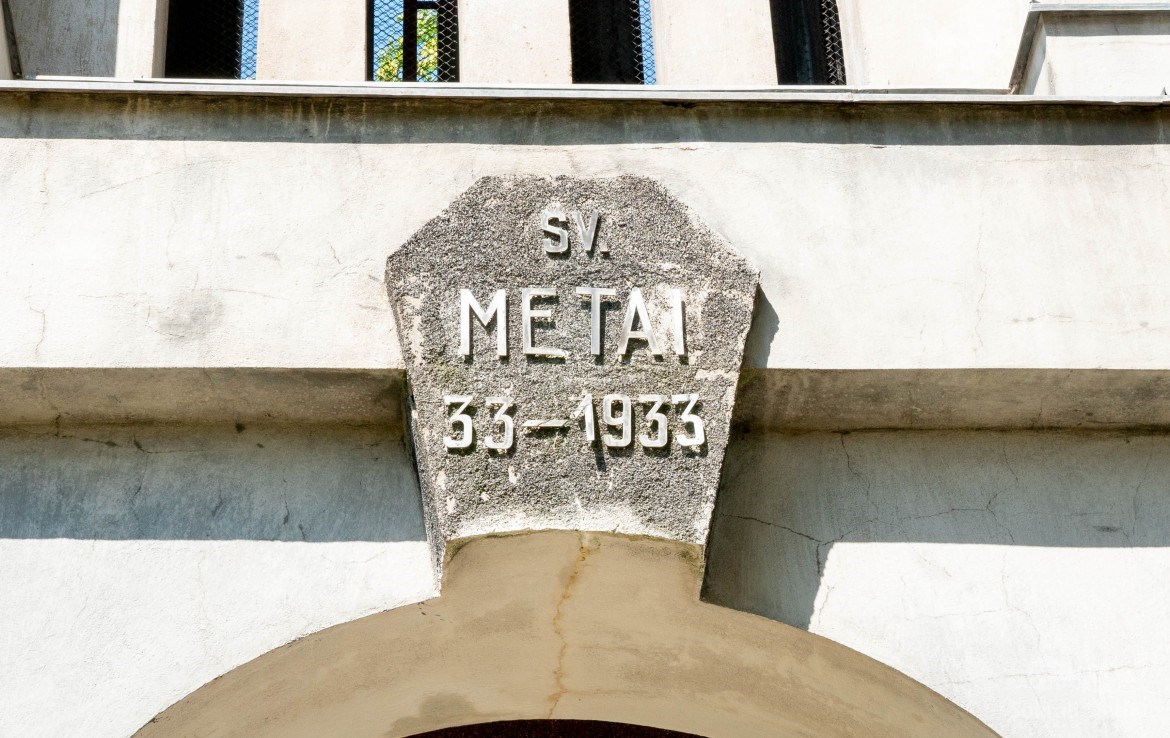 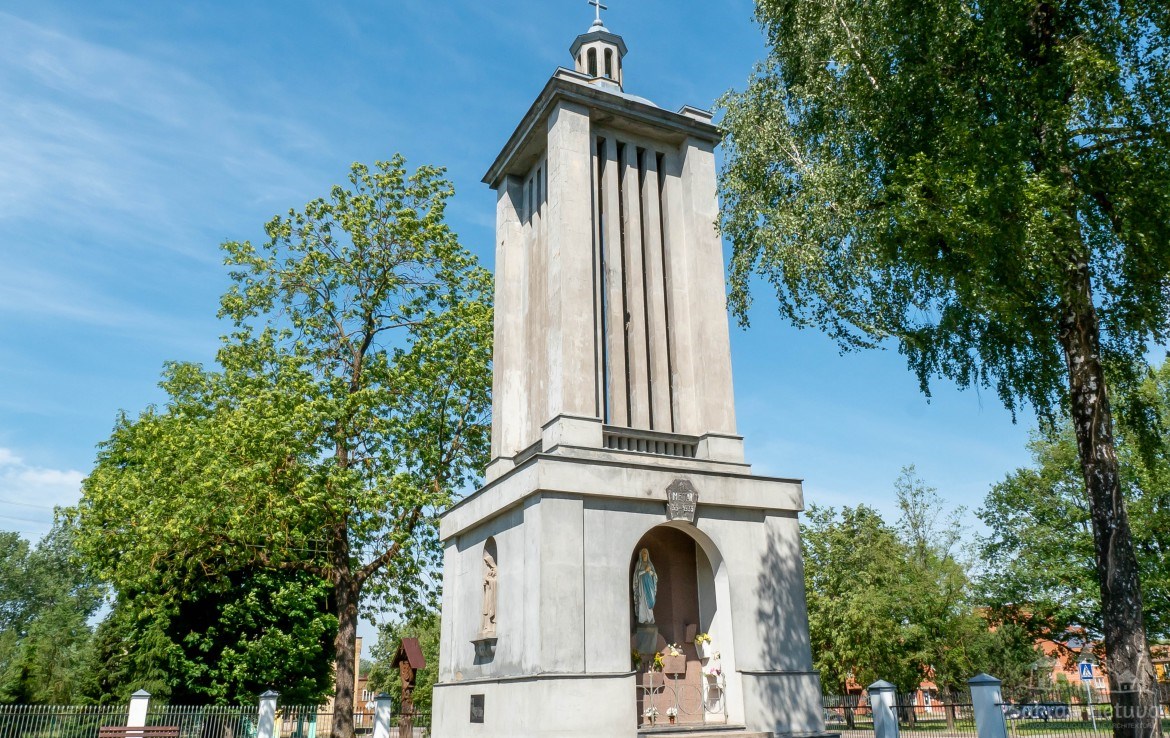 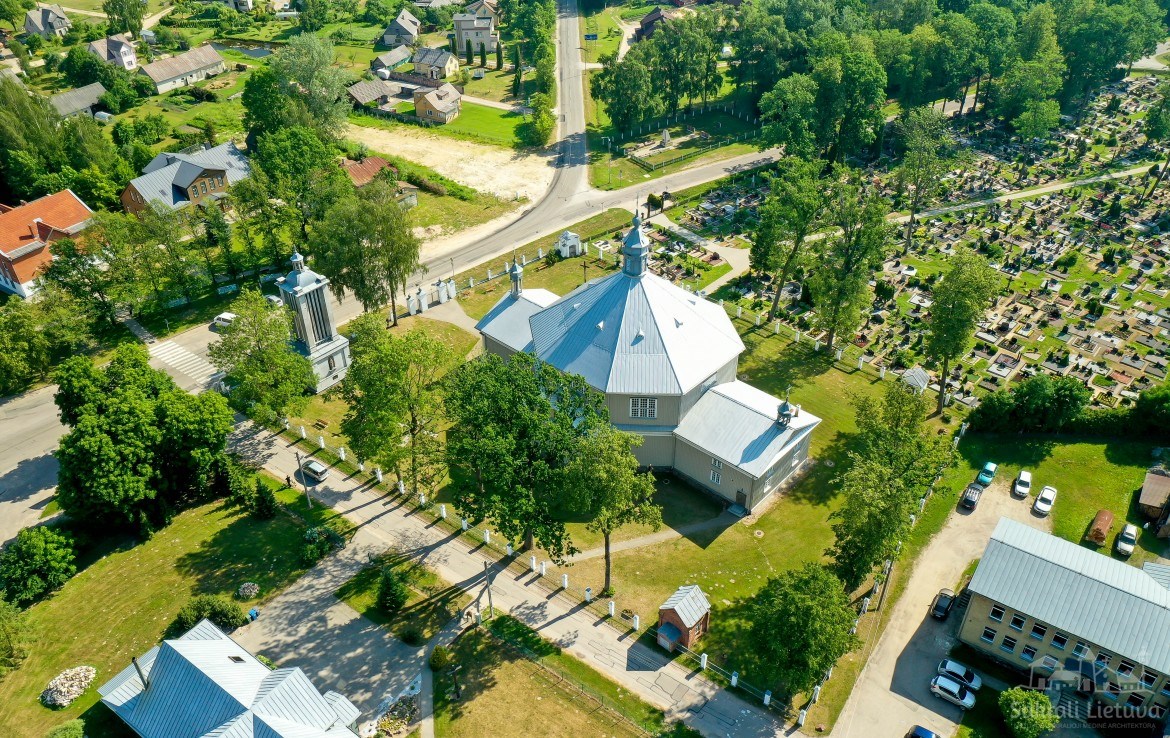