Back in the 16th century, Vilnius Diocese records of church visitations mentioned the Church of Dusmenys, but the Catholic church was closed as the Reformation spread. In 1667, the Chancellor of the Grand Duchy of Lithuania, Kristupas Zigmantas Pacas donated Dusmenys Manor to Pažaislis Camaldolese Monastery. In 1820, the Camaldolese monks built the present wooden church in the middle of the old cemetery. The church had two turrets and four altars. In 1883-1885, the churchyard was fenced with a brick fence covered with wood shingles, and a belfry was built. In 1904, the pastor of Dusmenys, the book smuggler Stanislavas Šlamas initiated the invitation of the organist Jonas Petrauskas, the father of the famous Mikas and Cypriot Petrauskas. Together with his sons and other musicians, Jonas Petrauskas created Dusmenys Church Orchestra. In 1937, Mikas Petrauskas was buried in the churchyard next to his parents. The remains of Stanislavas Smolinskas (1889-1975), the longtime pastor and dean of the church, were also buried in the churchyard. In 1965-1967, the church was renovated thanks to the priest Marijonas Petkevičius.

The church of the Apostles St. Simon and St. Judas Thaddaeus in Dusmenys is Classicist in style, and includes folk architecture features. The single volume church of a square layout ends with a three-wall apse. The roof is semi-gambrel, covered with sheet steel, and includes a turret located next to a trapezoidal pediment. A small two-section octagonal turret is topped with a small dome and an ornamented cross. A bulbous pedestal with a cross is located at the apse. The main facade includes a protruding portico. It is supported by four posts placed on pedestals. A small roof separates the portico from the pediment. The center of the pediment includes a square window. The church windows arched and edged, only the main facade has a square two-part window with edging. The stumpy silhouette of the church is further enhanced by horizontal cladding.

The interior of the church is decorated with three wooden altars. The 18th century pictures “St. Romualdo” and “The Most Holy Virgin Mary with a Baby” are associated with the Camaldolese are on the main altar. The picture of the church guardians, the Apostles Simon and Judas Thaddaeus are in the presbytery.
The church belfry is square, of two sections. The upper section is smaller, separated from the lower one by a small roof. The belfry is covered by a pyramidal sheet steel roof with a massive cross. The windows of the upper section are arched like the church windows, and edged. The belfry is boarded horizontally. A wide two-leaf door leads to it.

The churchyard fence is made of stonework and includes a massive arched gate. The gate is covered with a gable roof, and its pediment includes a niche with the image of the Most Holy Virgin Mary. 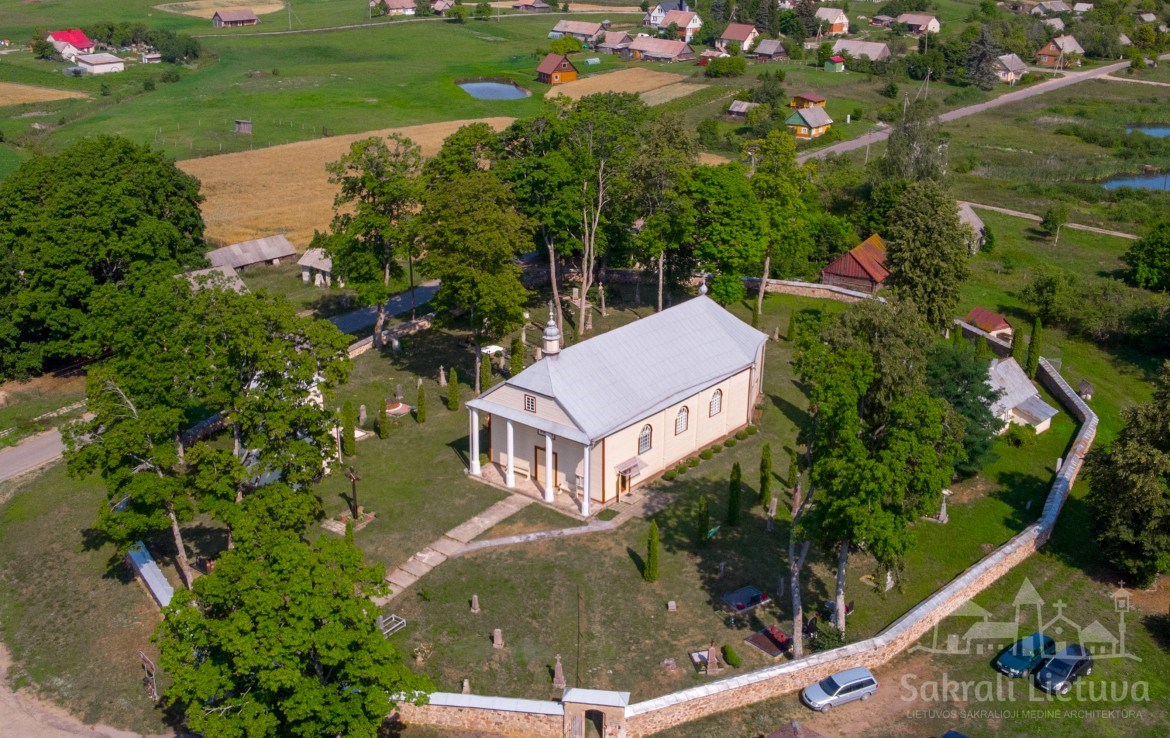 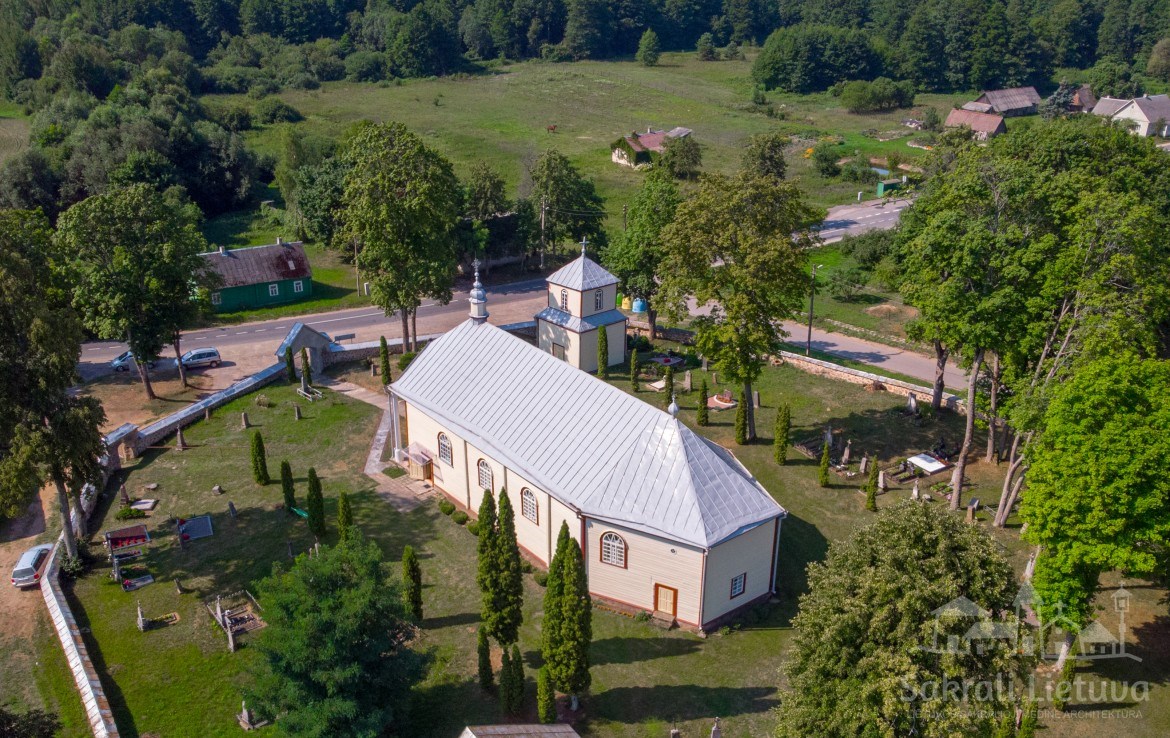 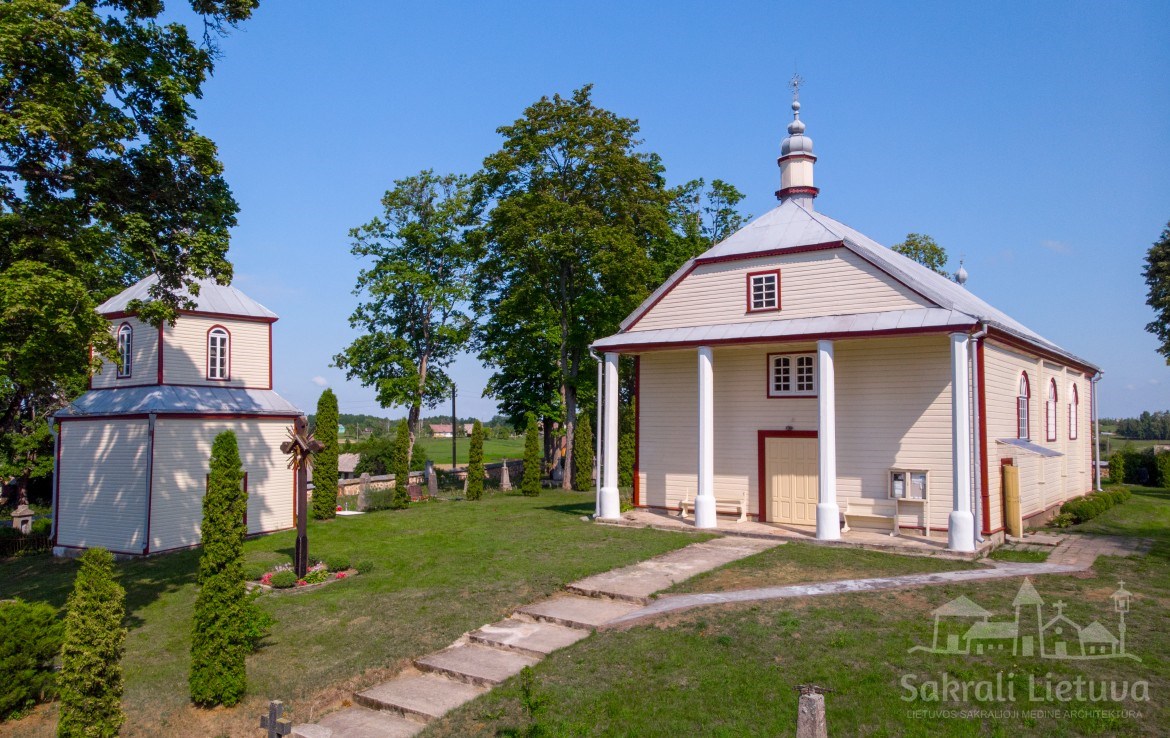 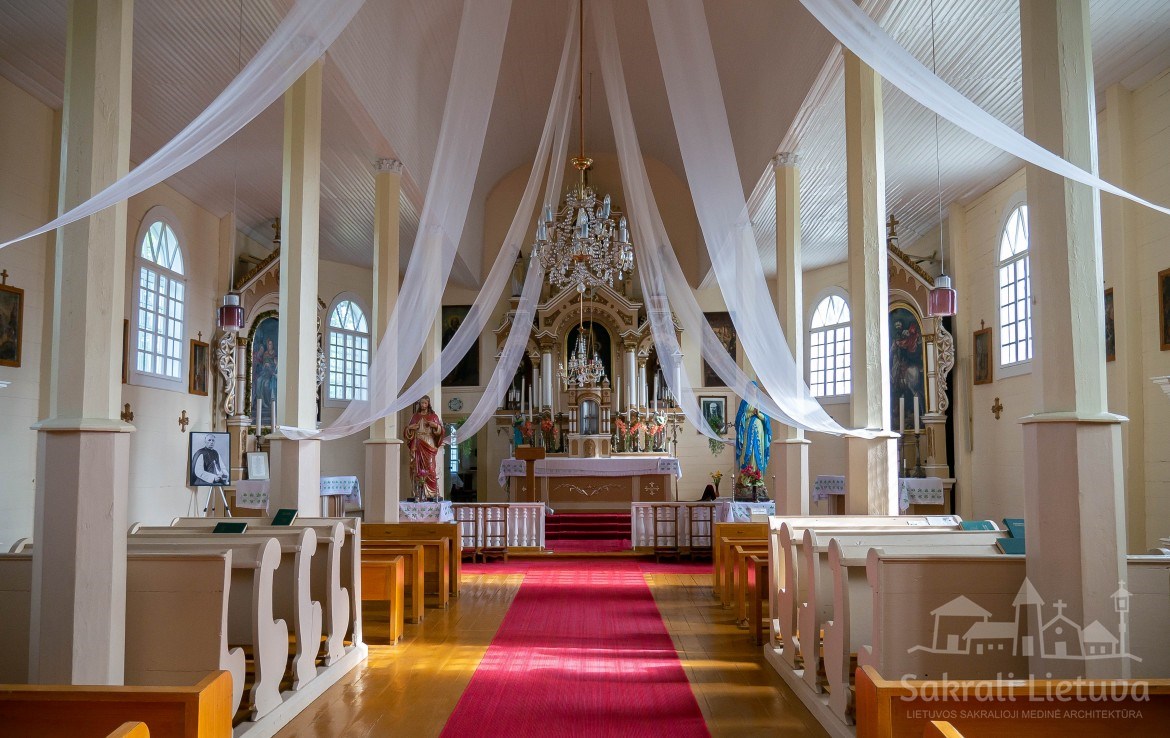 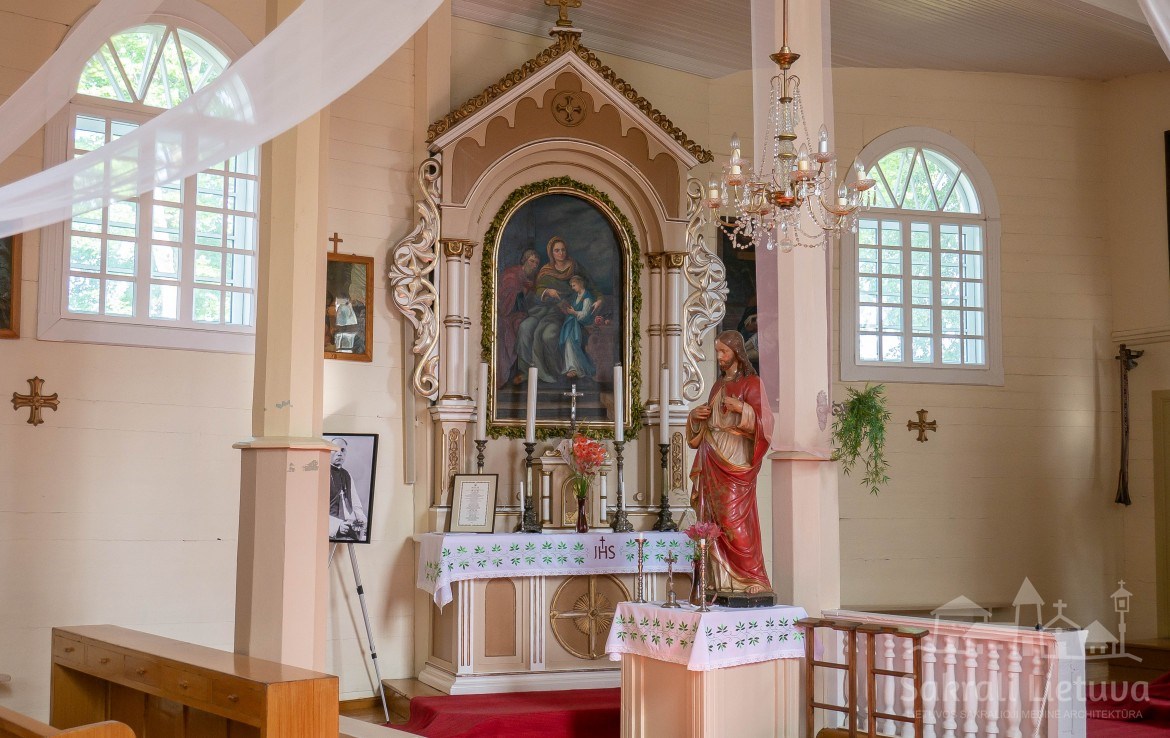 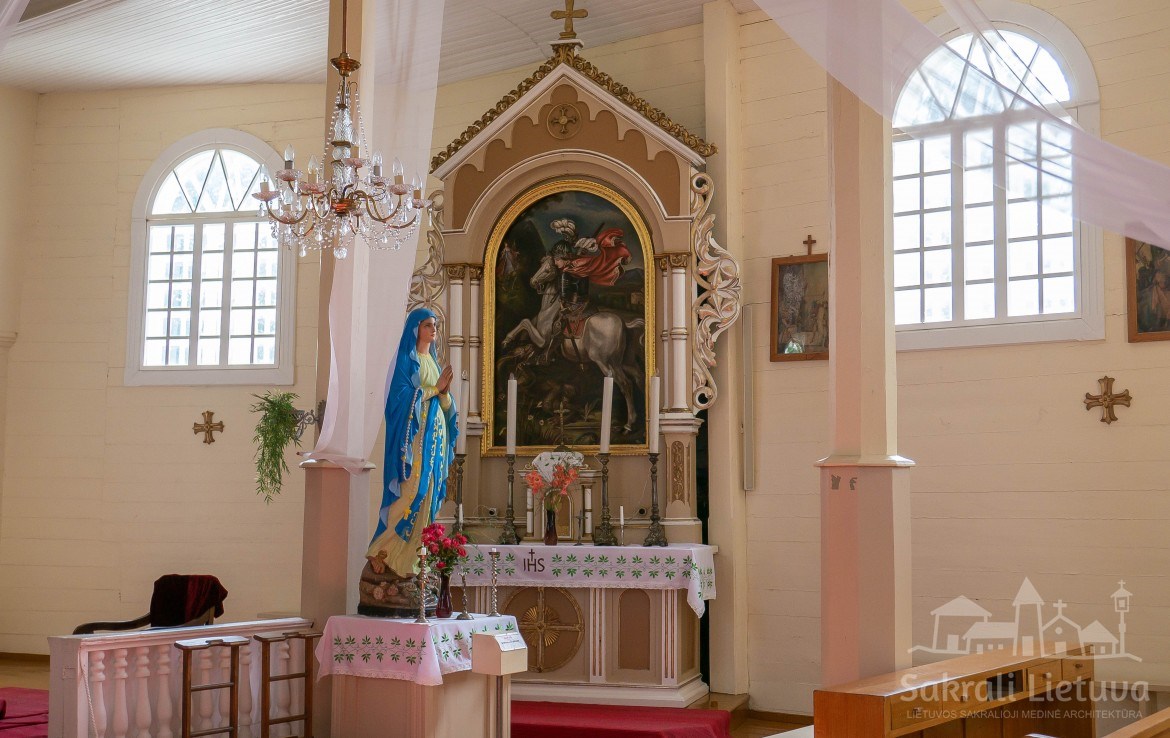 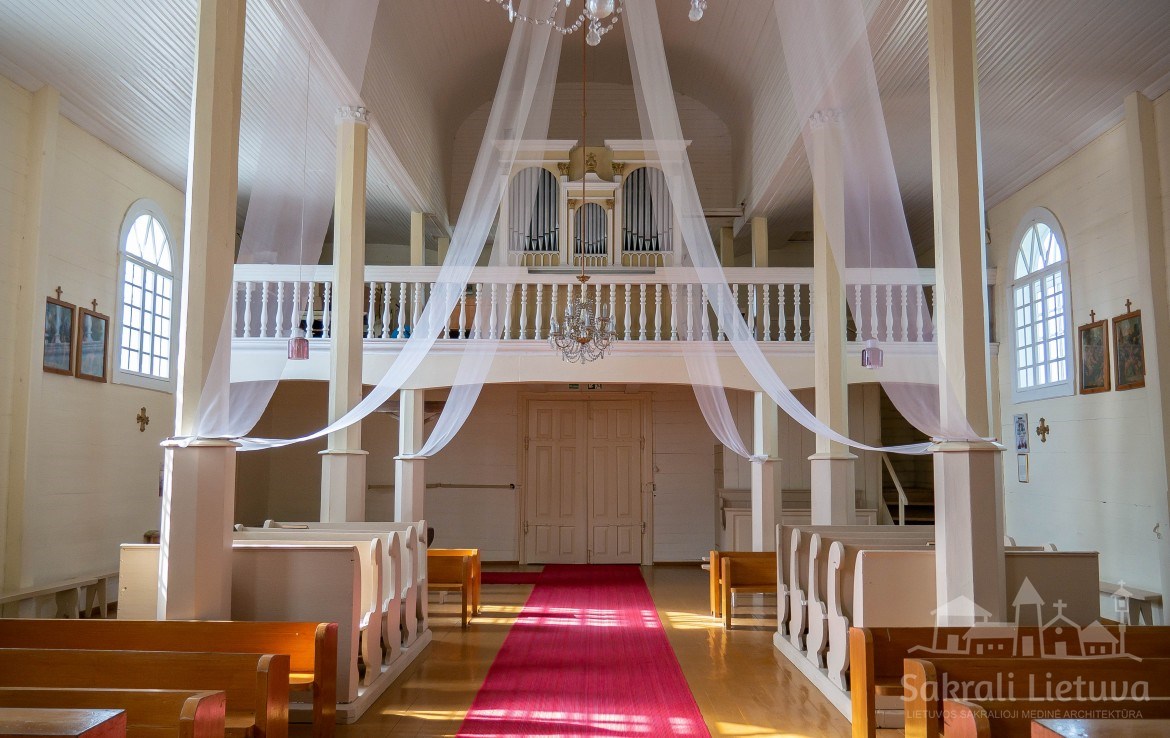 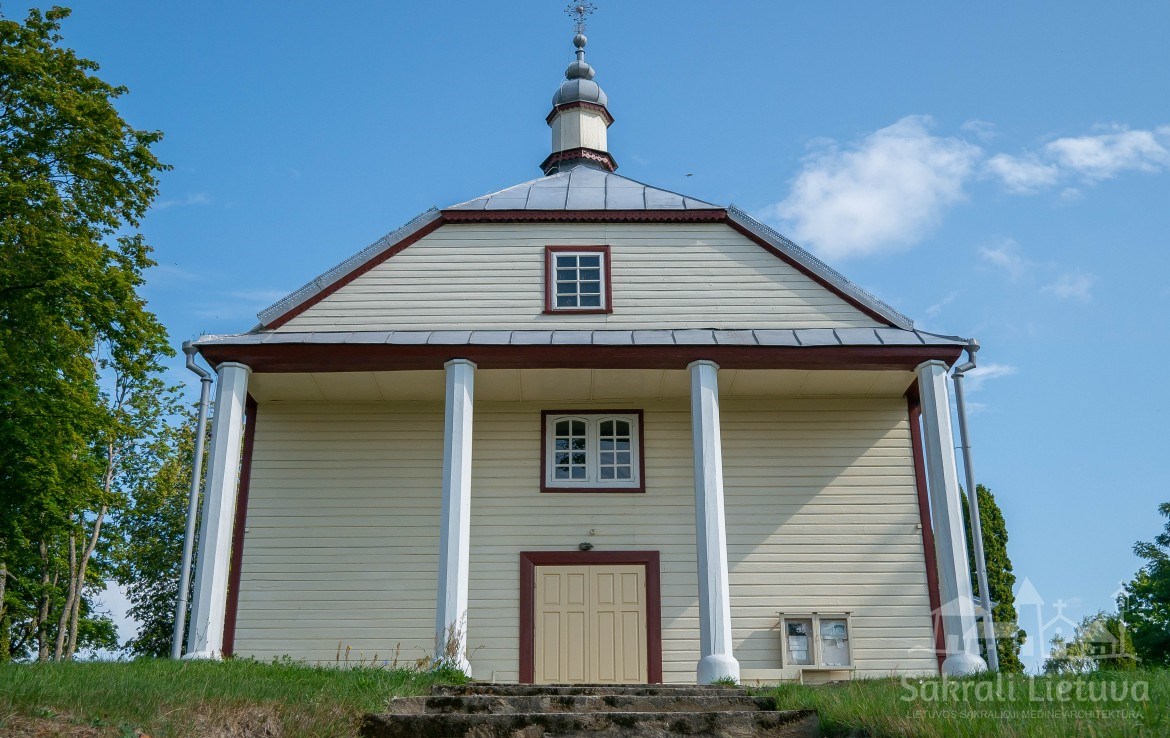 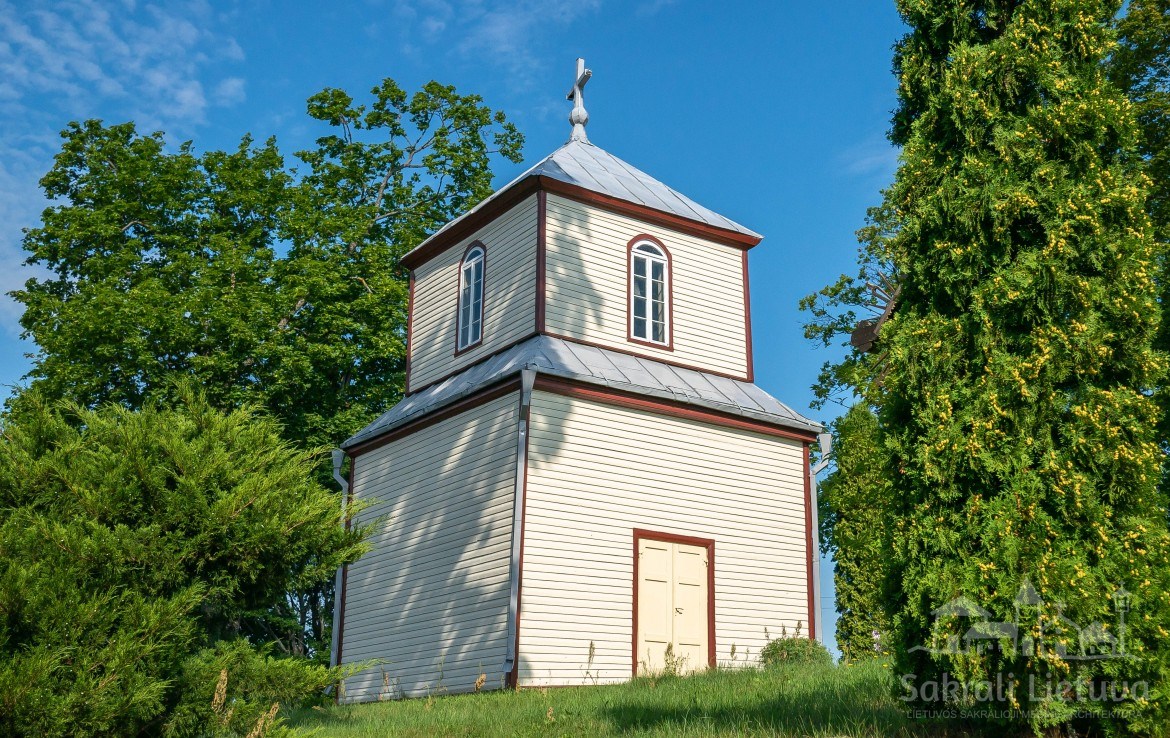 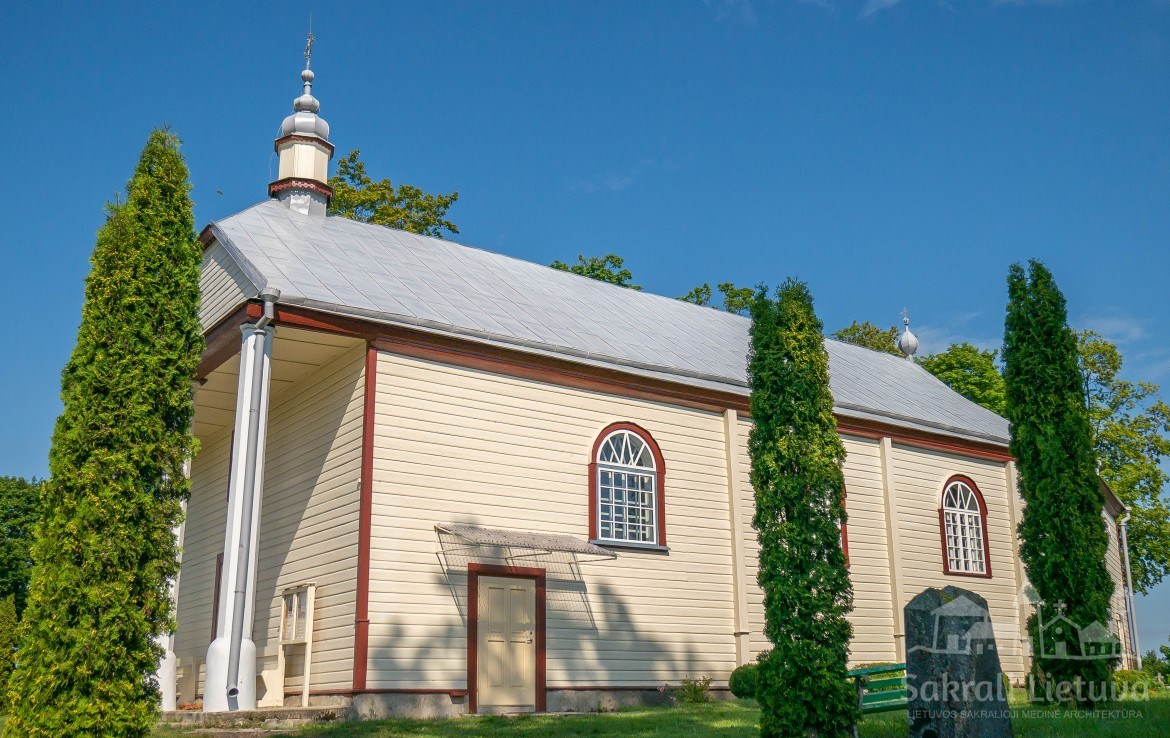 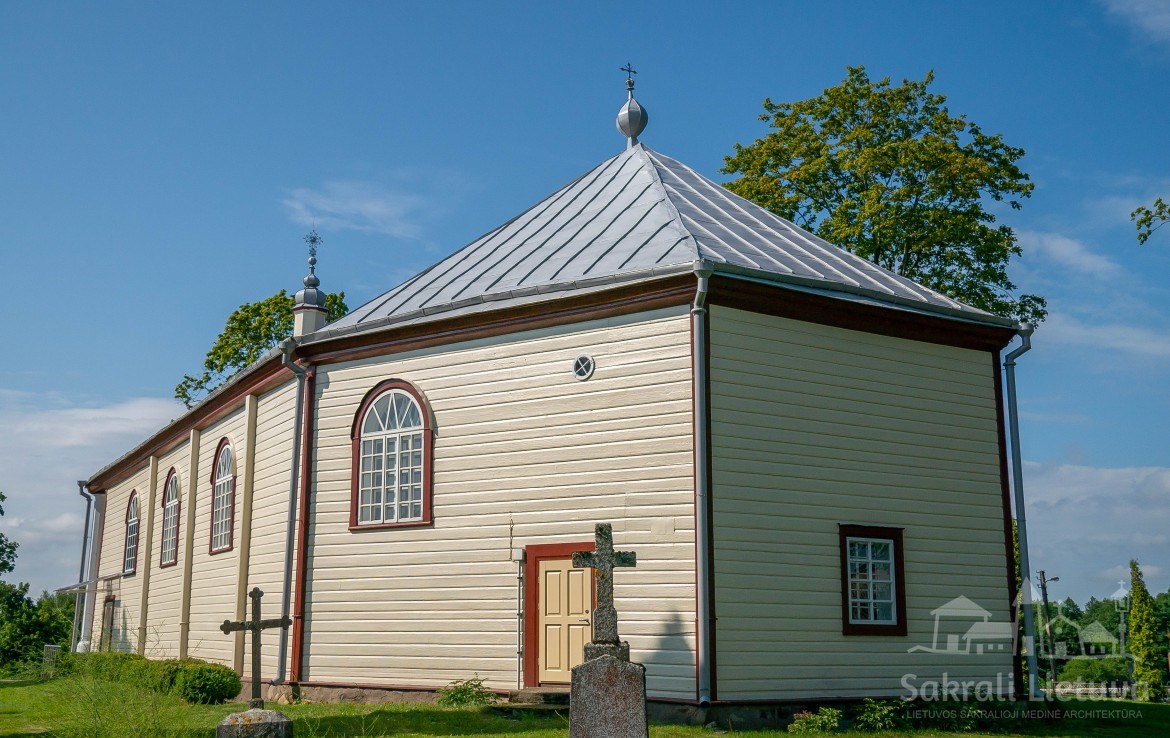 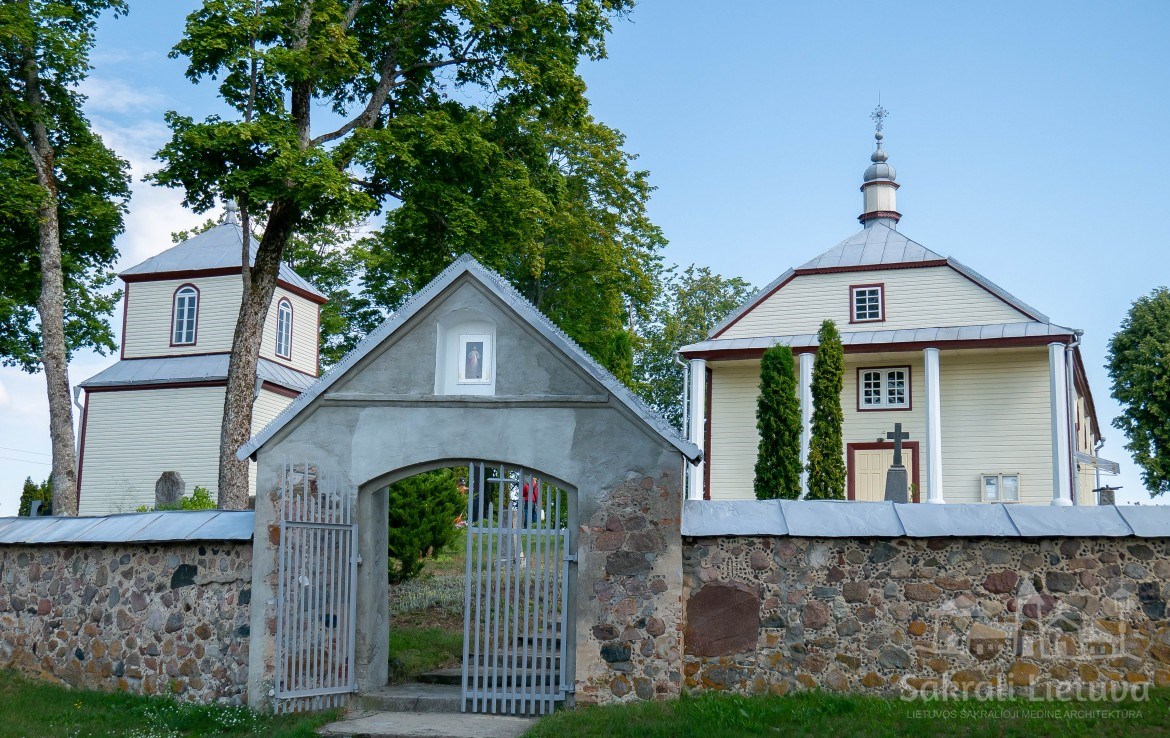 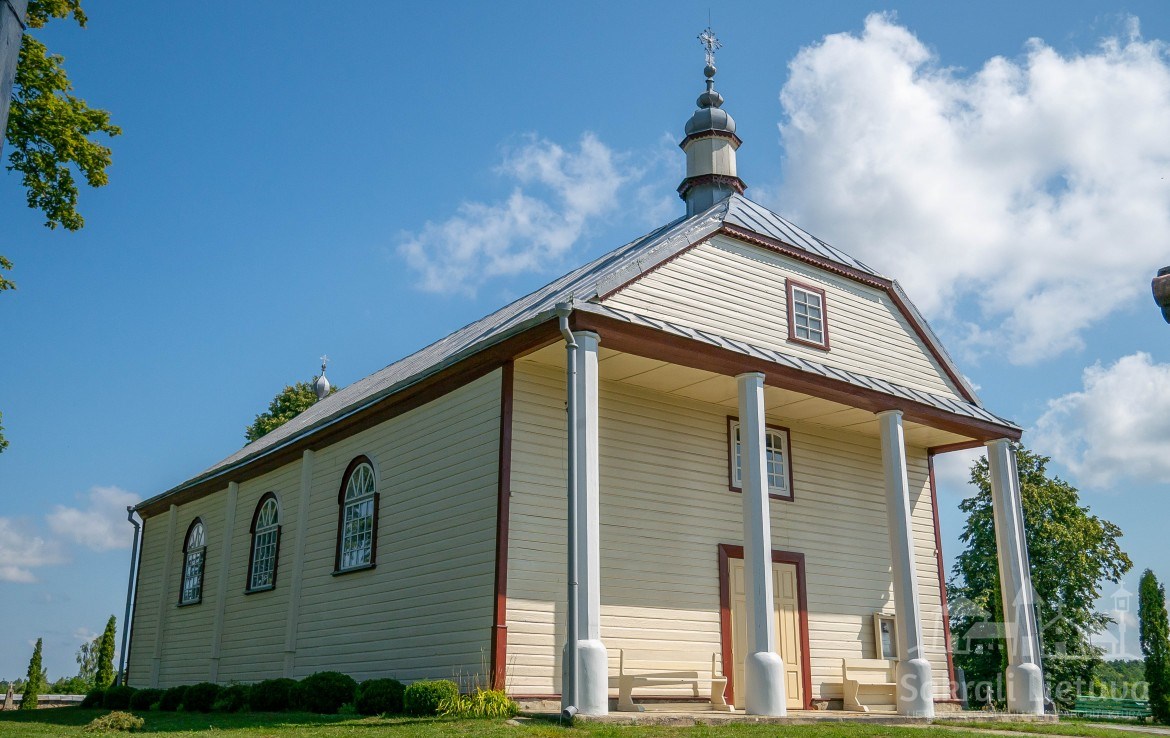