Belfry of the Churchyard of the Old Church of St. George the Martyr of Dubingiai

The history of Dubingiai located on the shore of Asveja, the longest lake of Lithuania is inseparable from the famous noblemen Radvilos. In the 16th-17th centuries, their palace and an Evangelical Reformed church were located there. The first Catholic church in this historic settlement was established before 1430, when Duke Vytautas the Great funded the construction of the Holy Spirit Church in Dubingiai Castle area.

In the 15th century, when the Radziwill became the rulers of Dubingiai, they were influenced by Reformation ideas and abandoned Christianity, and converted to Protestantism. This way Dubingiai church was given to Evangelical Lutherans, while Catholics were made to pray in the cemetery chapel. Later, a new prayer house for Catholics was built.

The church built there in the first half of 19th century was ravaged by a major fire in 1954. The church and its values could not be saved, but firefighters managed to save the parsonage building and the old belfry, with only its roof damaged. After the fire, the prayer house was relocated to the former parsonage, and a new church was rebuilt in 2012 thanks to a private foundation’s funds.

An old wooden belfry attached to the stone fence of the churchyard was possibly built in the end of the 19th century or the beginning of the 20th century. It is a wooden two-section building of a rectangular layout, erected on a field stone plinth. The belfry represents traditional folk architecture with its characteristic shapes and proportions: the upper section is slightly narrower than the lower one, they are separated by a small tin-covered roof, the top of the belfry is covered by a four-sided roof topped by a spike with an ornamental forged cross. The walls of the building are made of hewn logs, boarded with horizontal planks, and in the first section they are tied using wooden cross constructions. The belfry includes an indoor staircase to the second floor consisting of two flights of stairs, with a bell at the top bearing the inscription “DO KOSCIOLA WARИOWICKIEGO STARAИIEM X KOZICKIEGO. R 1883”.

The first section includes a massive wooden door of two layers, boarded in herringbone pattern. The second one features rectangular glazed windows, decorated with window trims and segmented wooden dripstones above them .

Belfry of the Churchyard of the Old Church of St. George the Martyr of Dubingiai - Dubingiai 33261, Lietuva 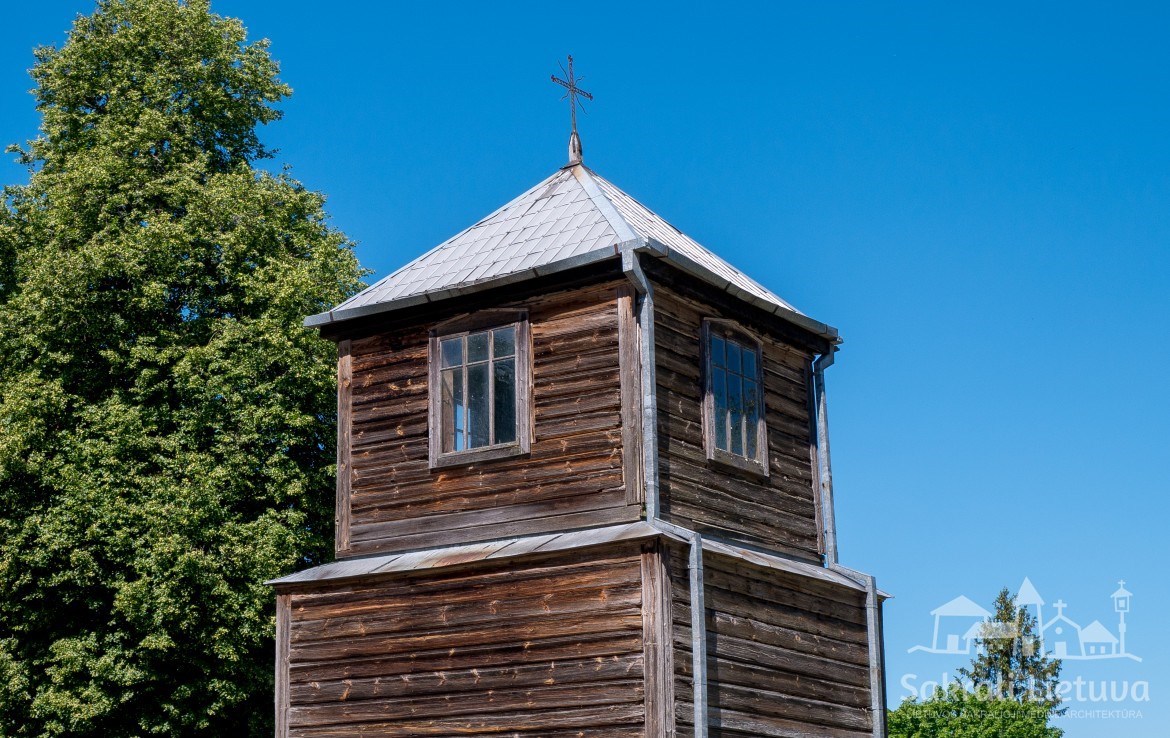 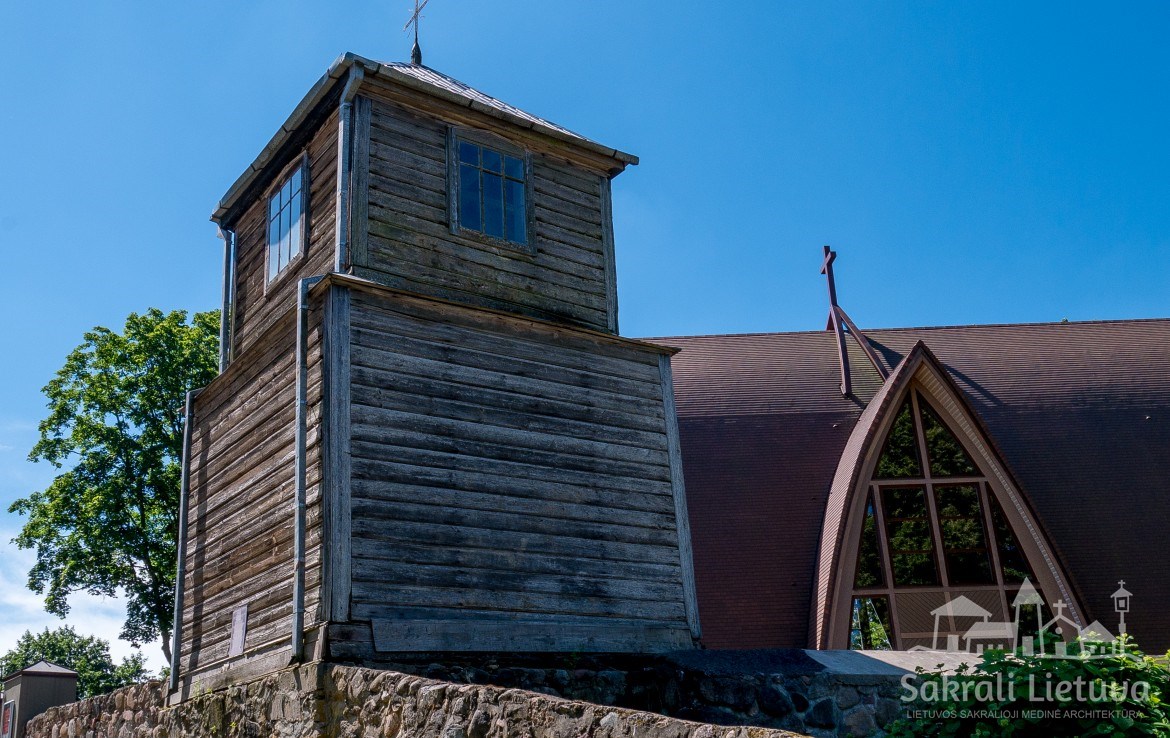 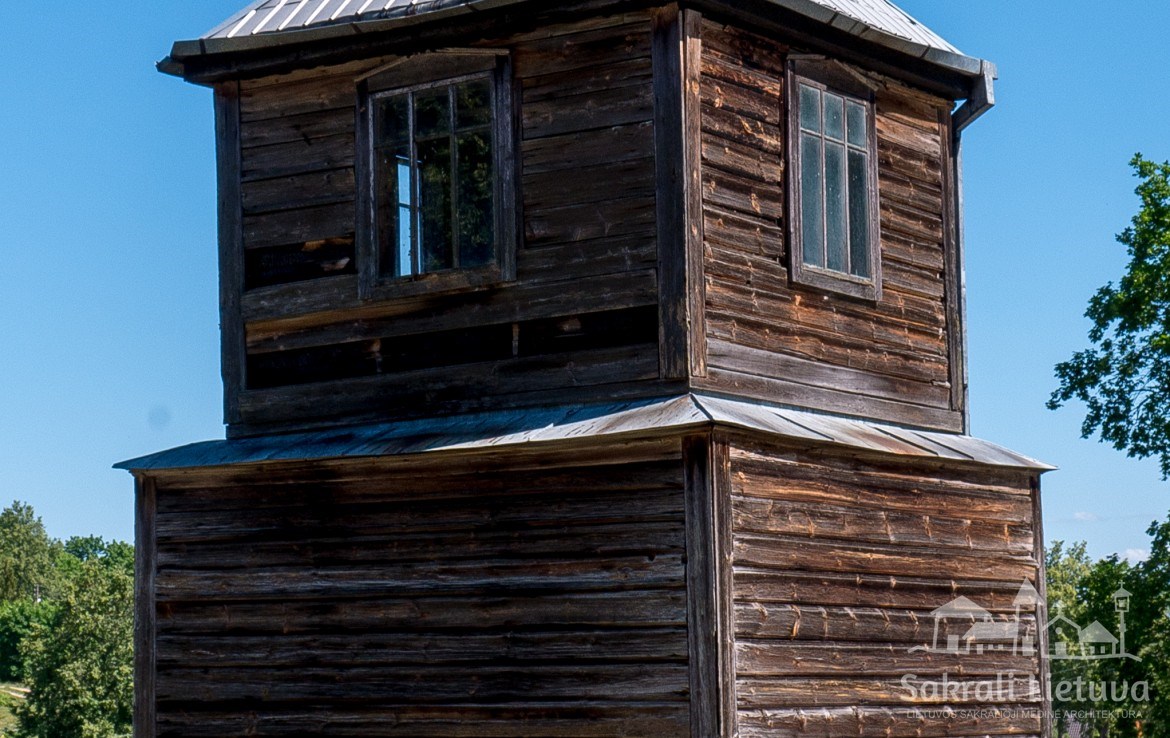 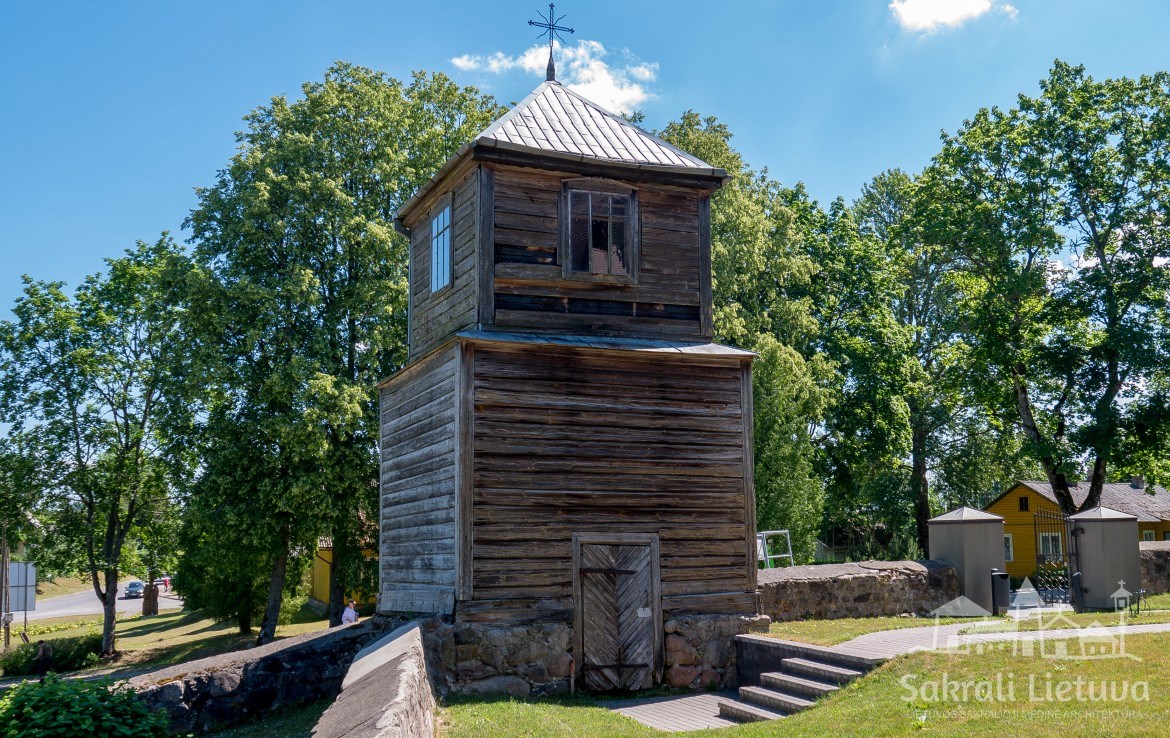 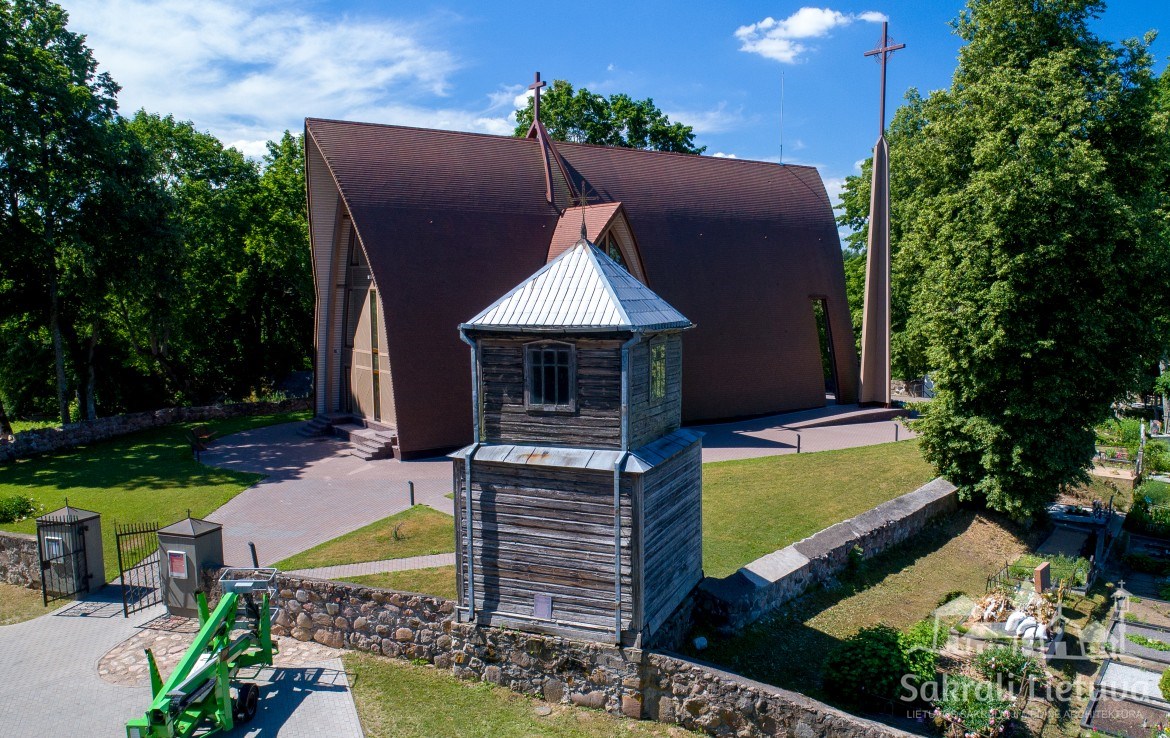 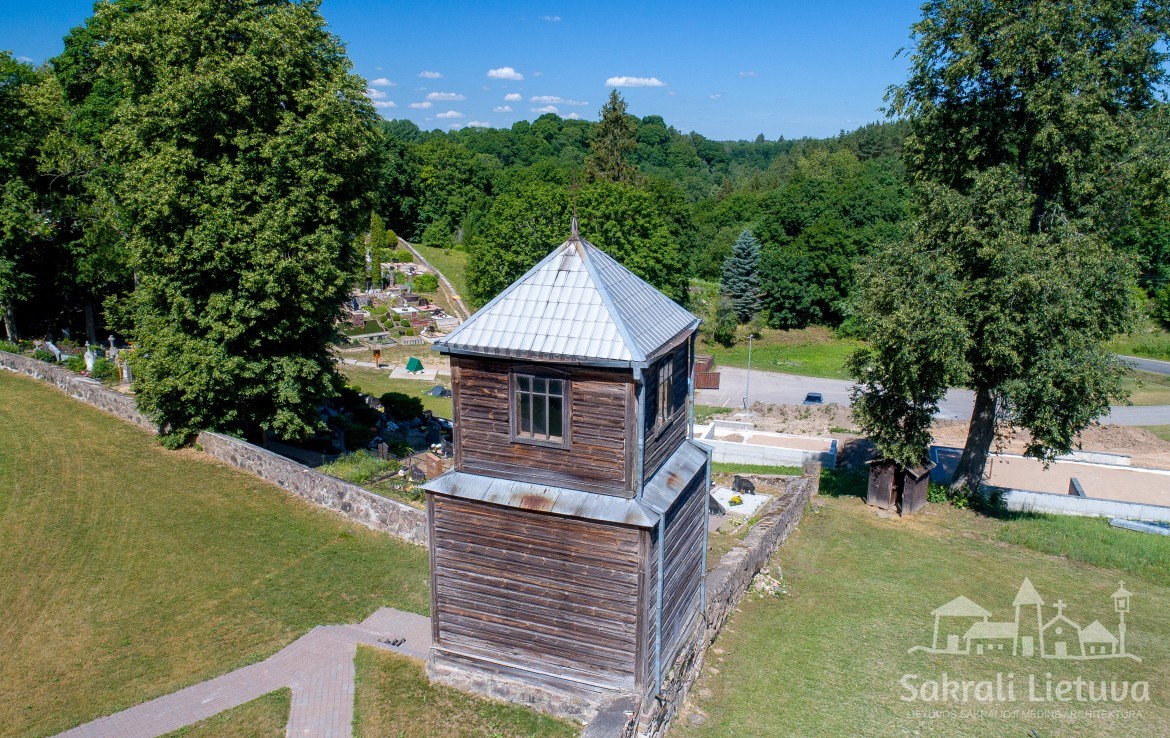 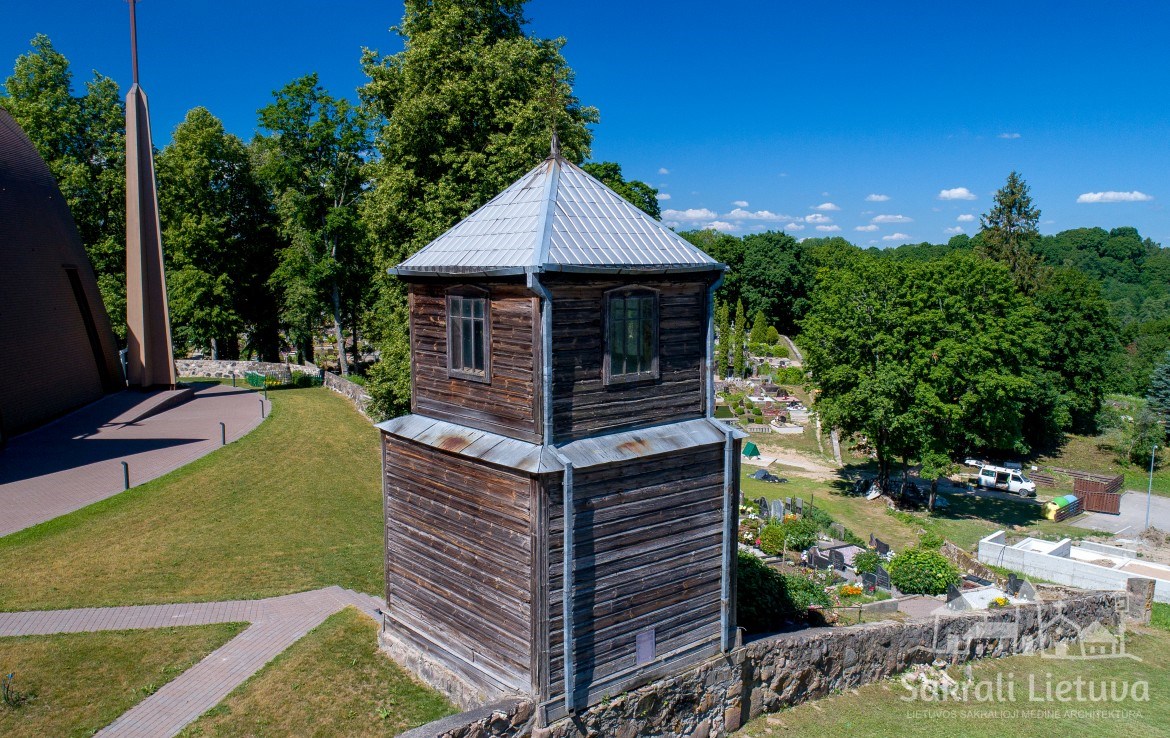 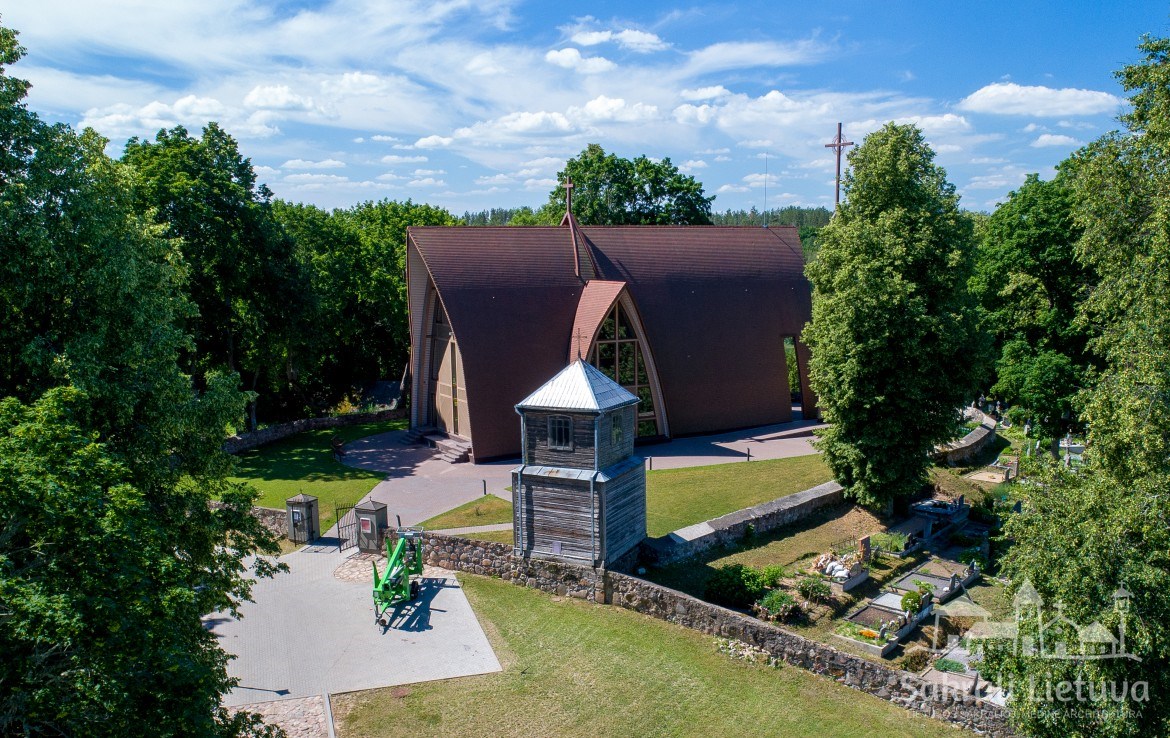 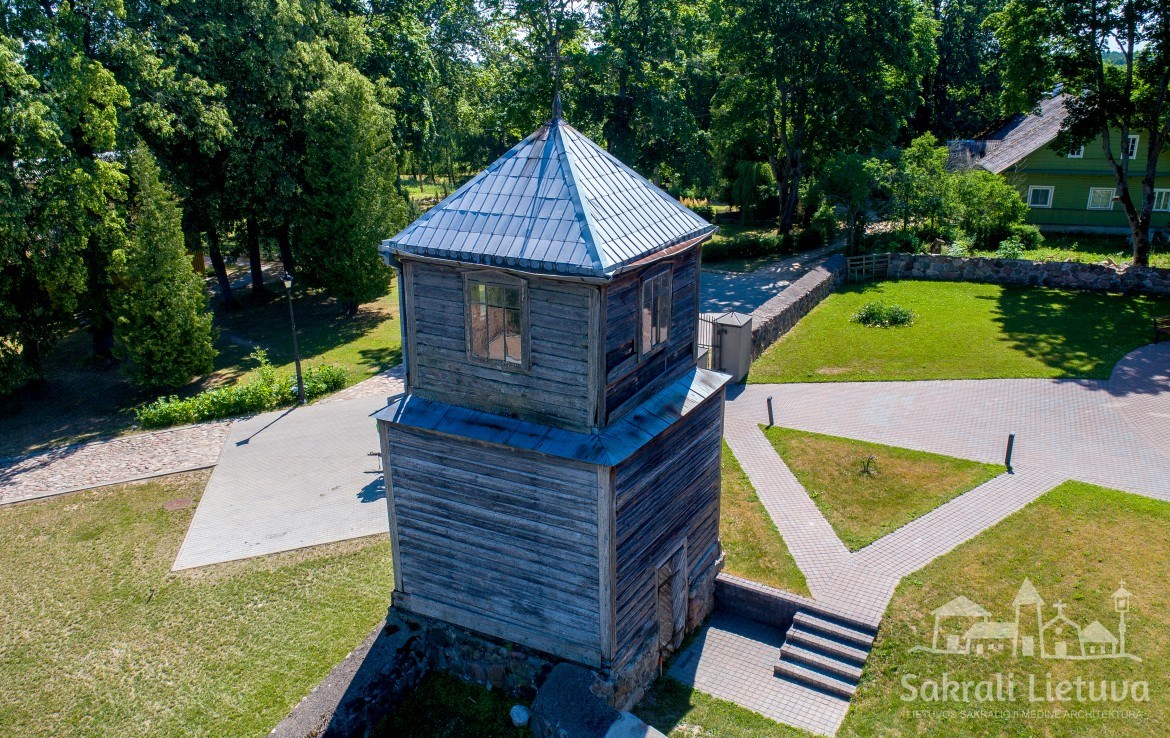 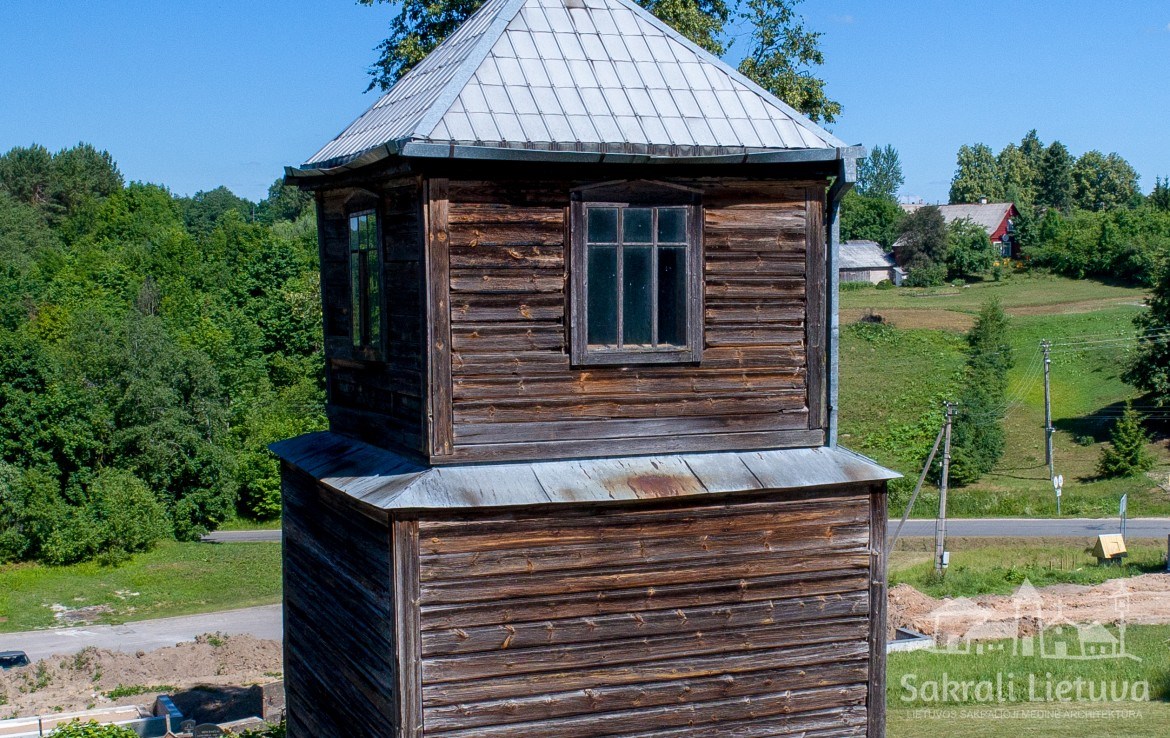 Belfry of the Churchyard of the Old Church of St. George the Martyr of Dubingiai - Dubingiai 33261, Lietuva