A Historicist style wooden church in Dubičiai town close to the Belarusian border is impressive in its appearance and historical value. It is a very old Lithuanian settlement with a long history of the parish. This settlement was already mentioned in the 14th century Description of Crusader Roads: “There are 5 miles by road from there (Vosyliškiai) to Dubičiai, which has a town and a castle”. Vytautas the Great used to stay in this castle to rest and hunt while traveling from Vilnius to Grodno. Dubičiai was also distinguished in the later history of Lithuania: on 4 May 1863, the first clash of the Polish-Lithuanian insurgency with the Tsar’s army unit led by Colonel Kerner took place near Dubičiai. The rebels were led by Liudvikas Narbutas. He and 12 rebels perished in battle. They were buried in the churchyard cemetery at the old church.

The first church was built there quite early, back in the 15th century. Historical sources indicate that the priests settled in Dubičiai around 1529, and worked there until 1866. After the failed rebellion, as the sanctions of the Tsarist authorities intensified, the settlement church did not operate from 1866 to 1908. The present, already the fourth building of the church was erected in 1909, following the re-establishment of the parish initiated by the priest S. Micevičius. It was repaired in 1967, then repainted.

The church Latin cross-shaped, and its exterior is dominated by neo-Gothic features. Its main facade, framed by two towers, is particularly expressive: the towers are polygonal, horizontally sectioned with profiled cornices, topped with small decorative triangular pediments, pointed multi-sloping helms and ornamented crosses at the top. The walls of the church are boarded horizontally, the pediment is boarded vertically, the tower decor is created by interchanging planking directions and the herringbone pattern. The pediment of the main facade includes a stylized triangle (the eye of providence). The main entrance door and the sound holes of the towers are arch-shaped, and the finely divided windows are shaped as an arch-like polygon. The windows and other structural elements are highlighted by edging. The interior of the church is divided into three naves by narrow wooden poles, and the transept crossing the longitudinal space is lower than the side naves. 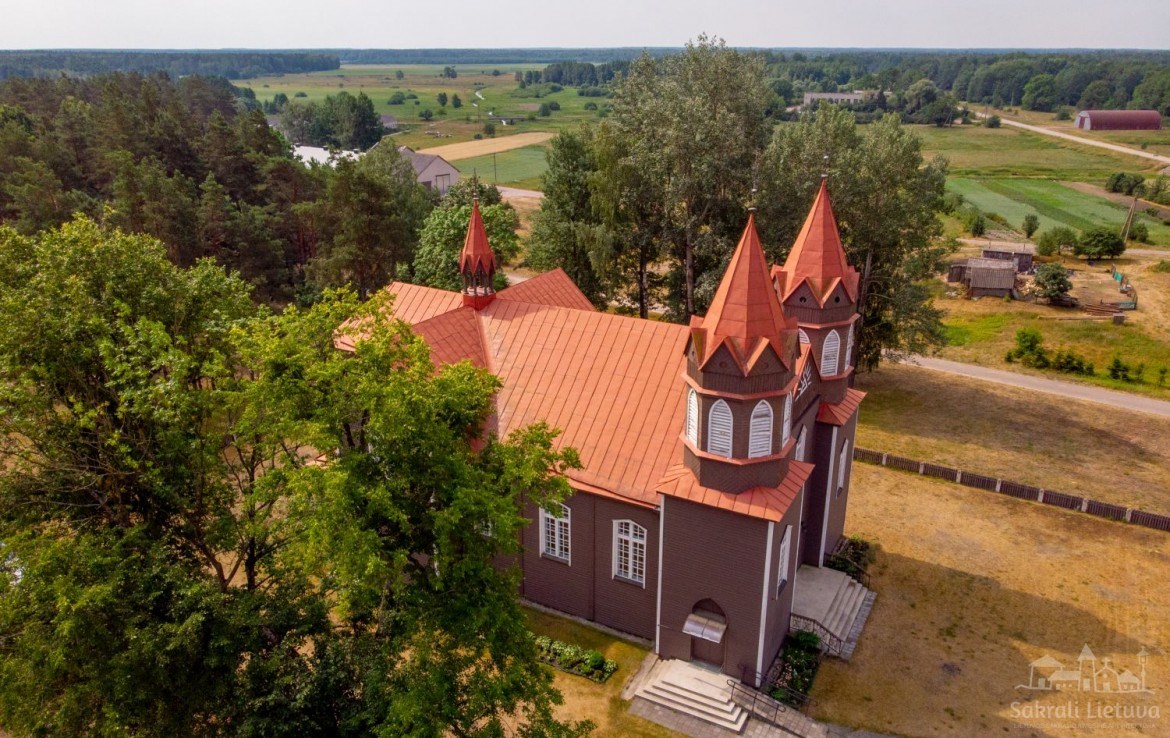 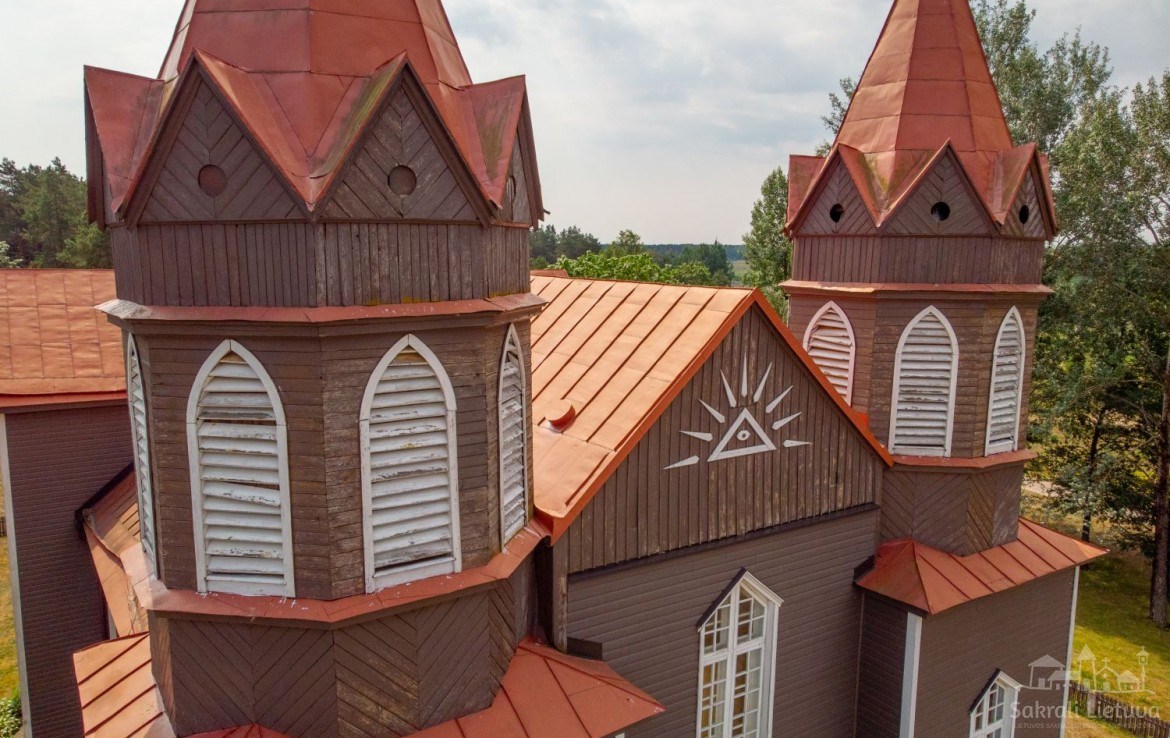 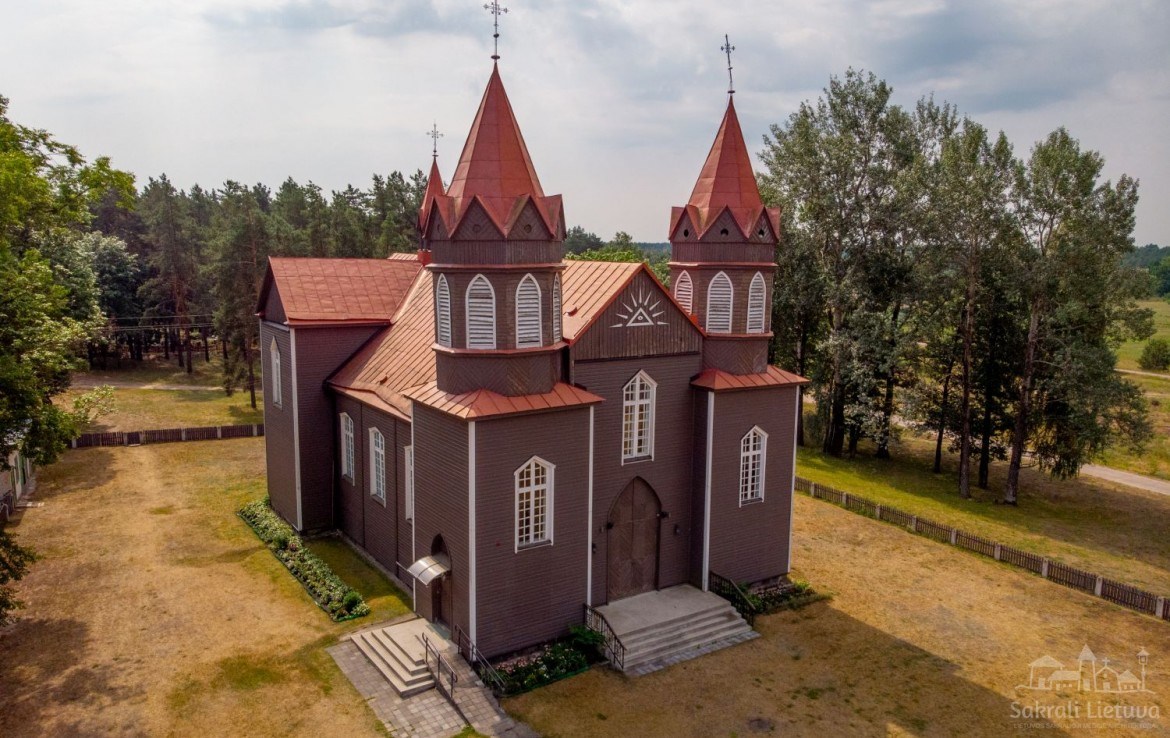 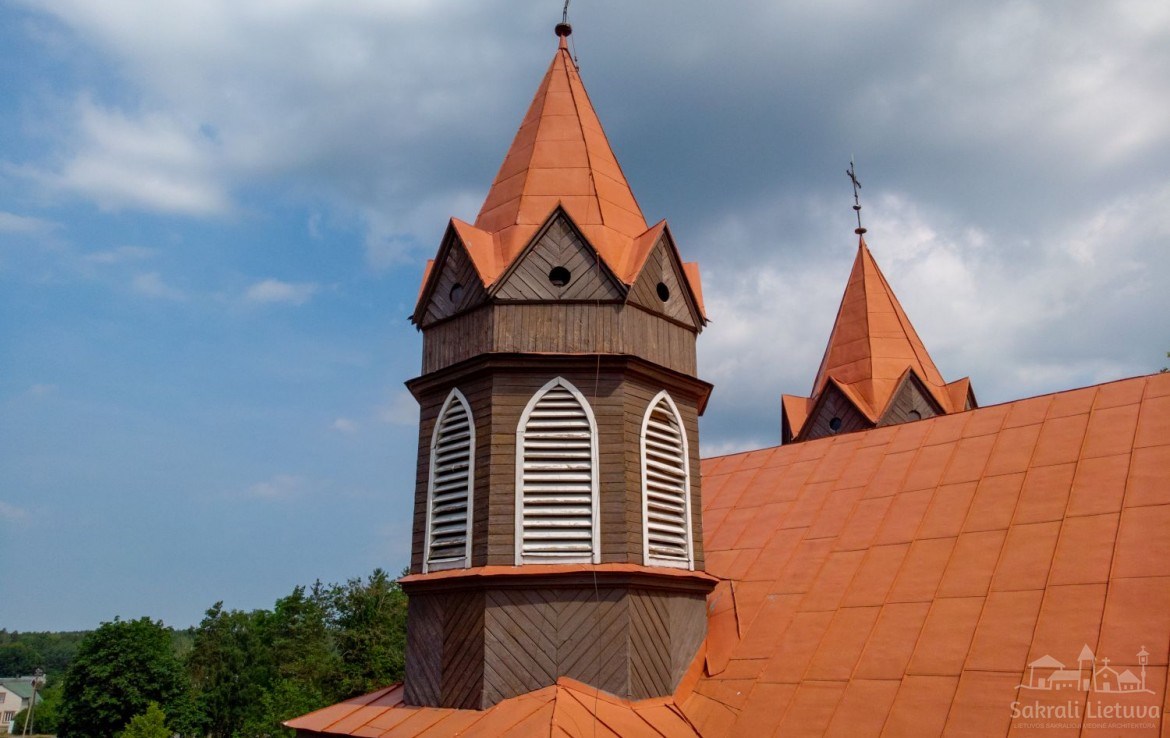 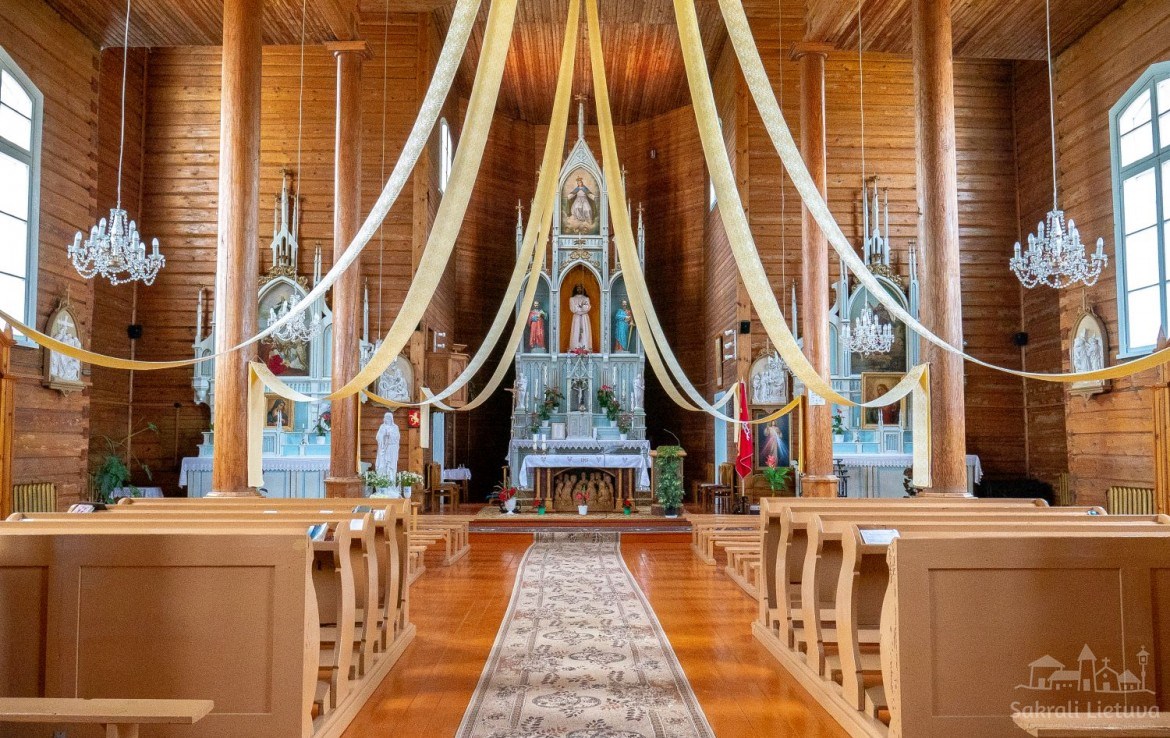 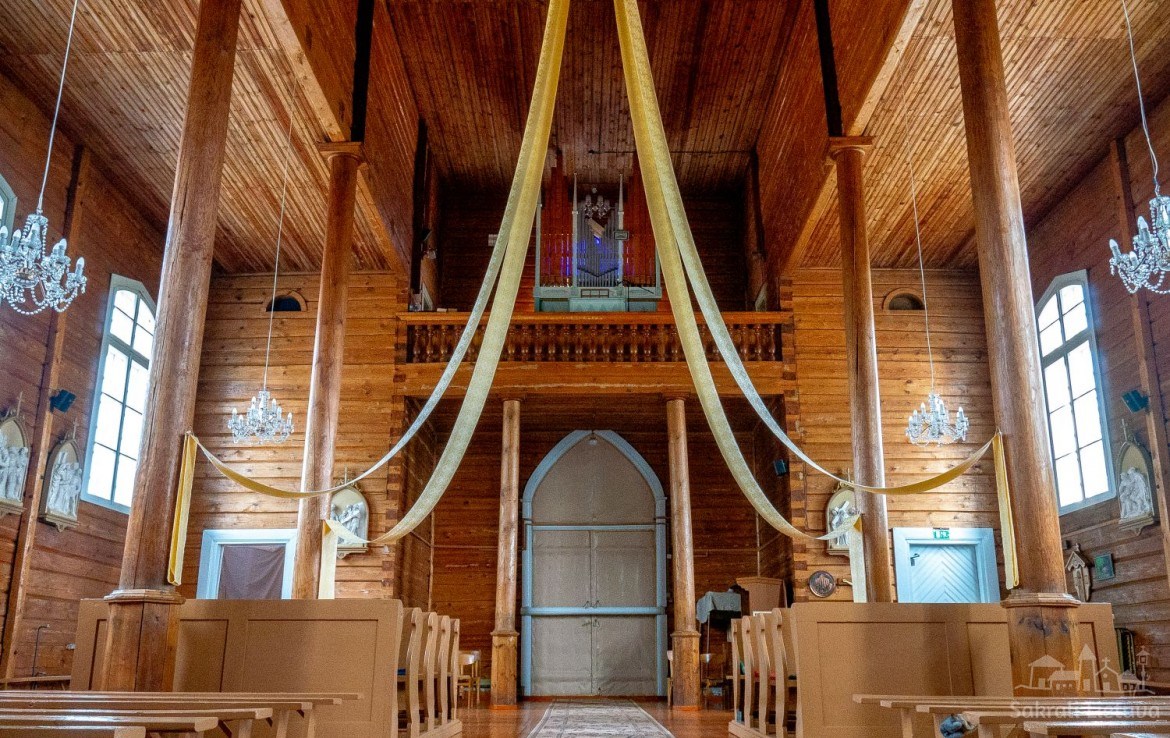 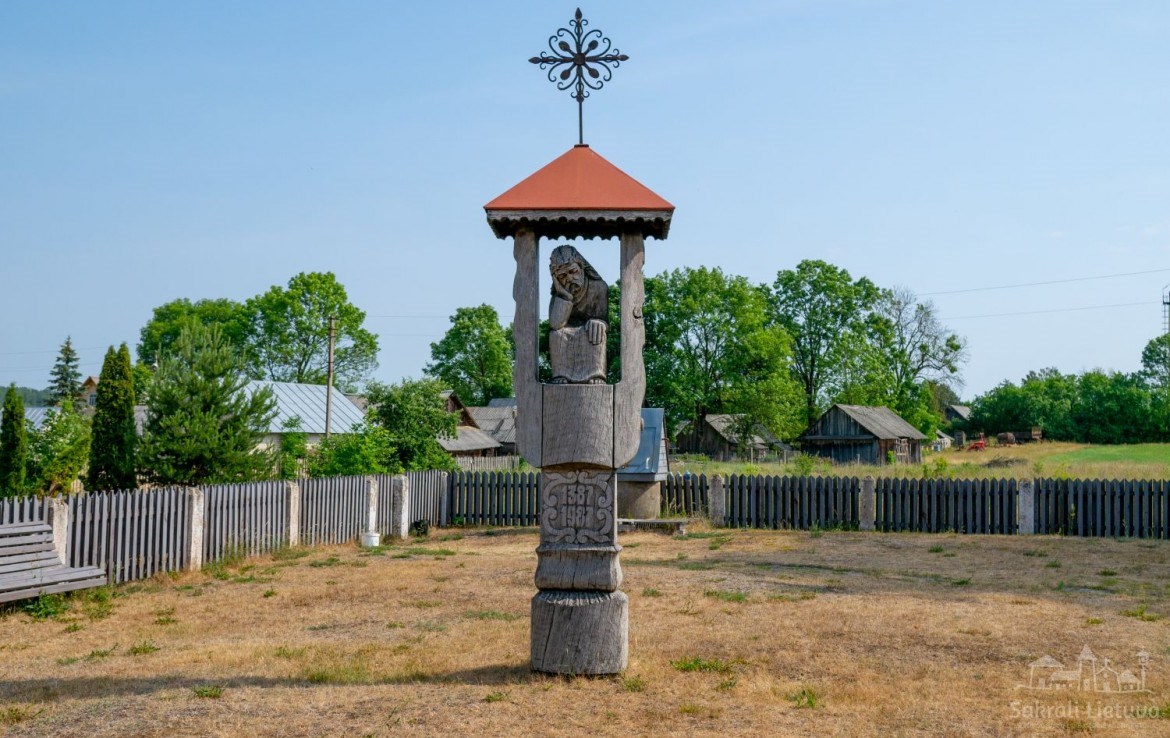 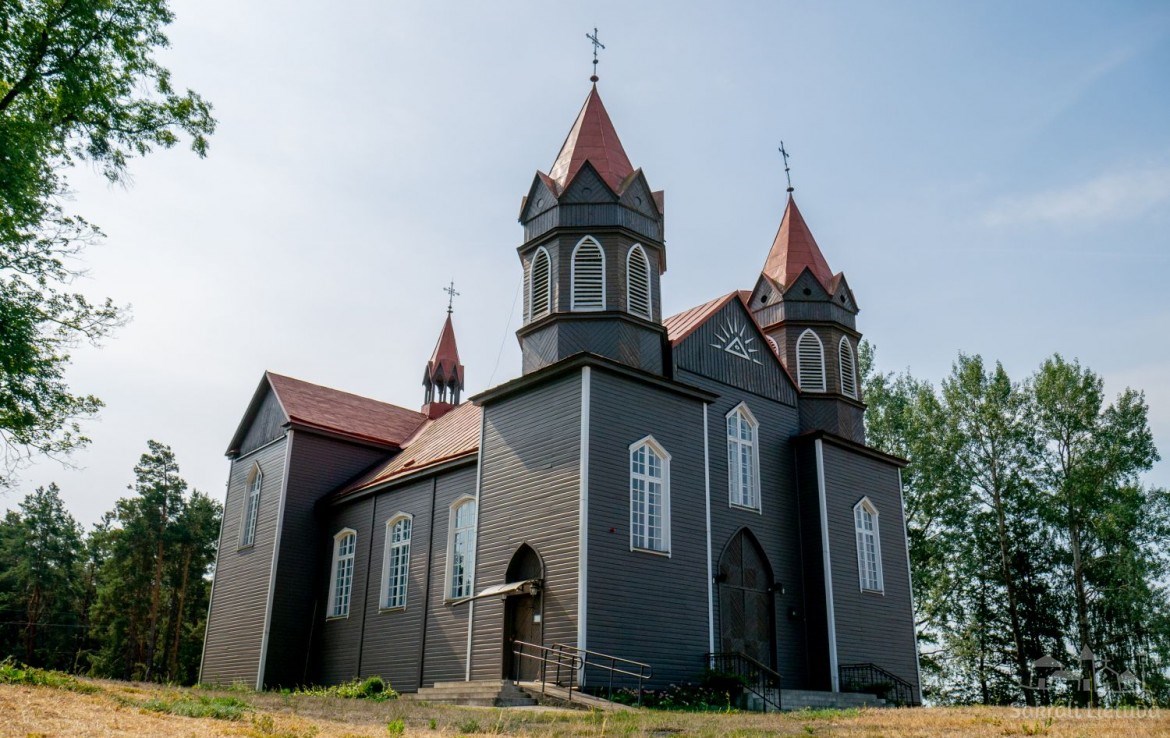 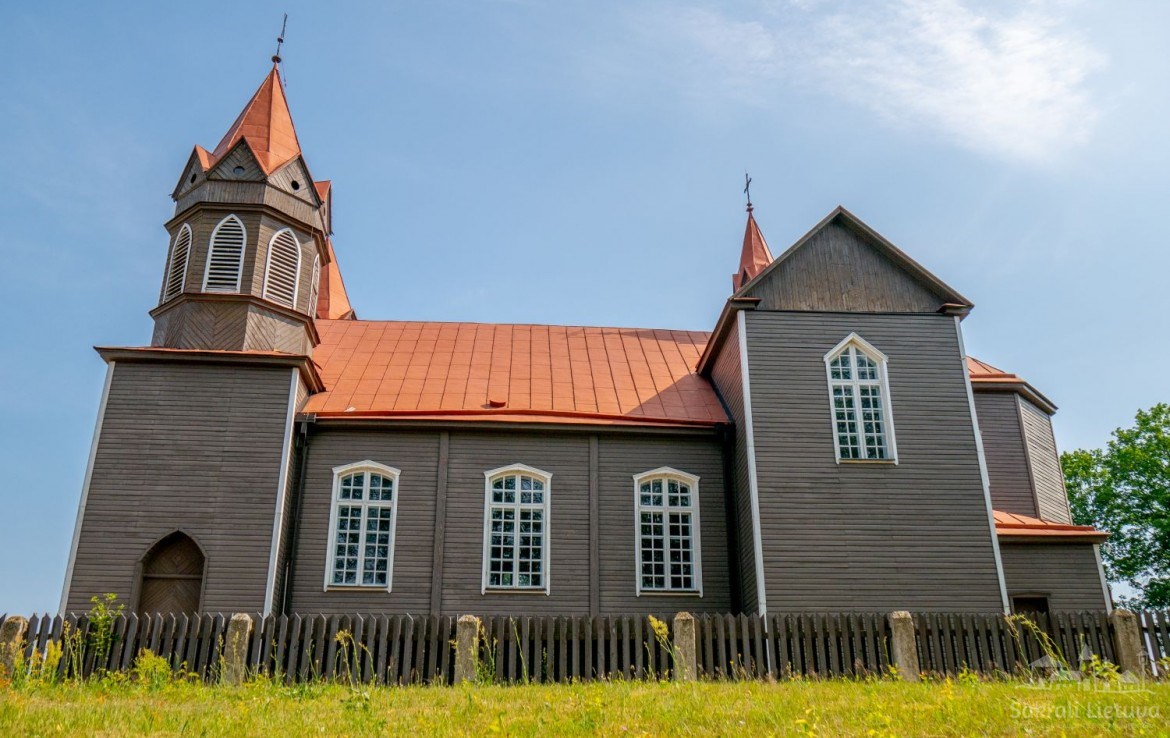 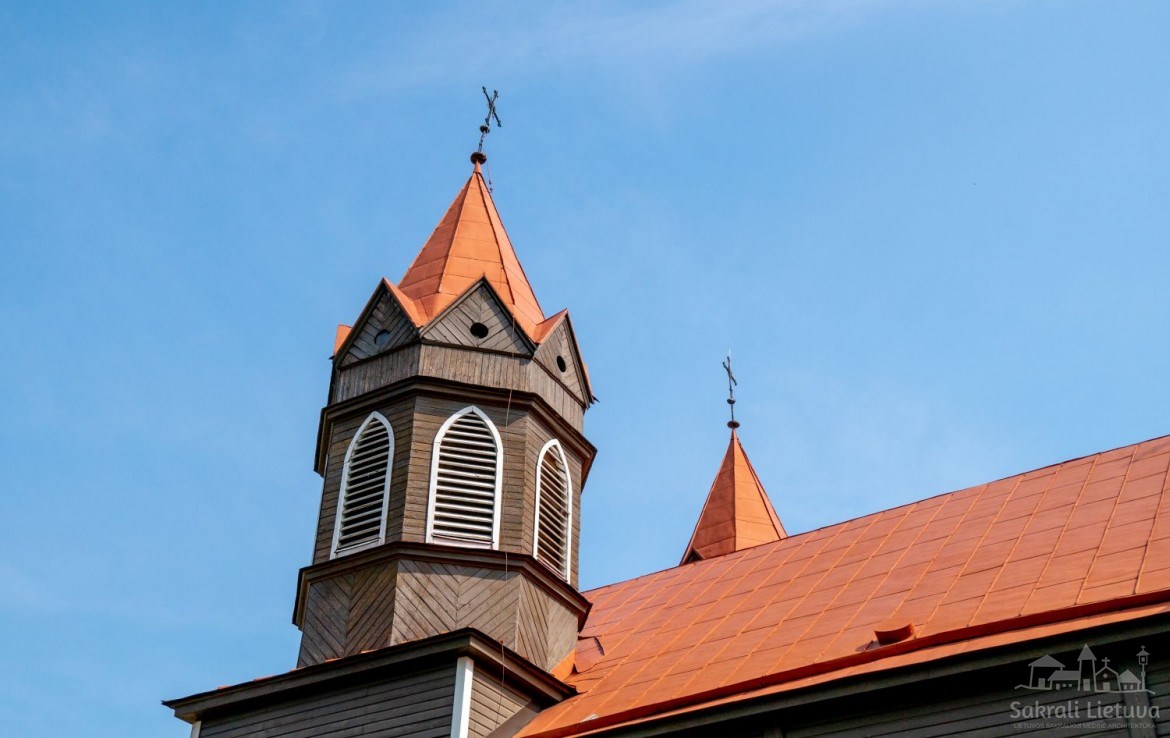 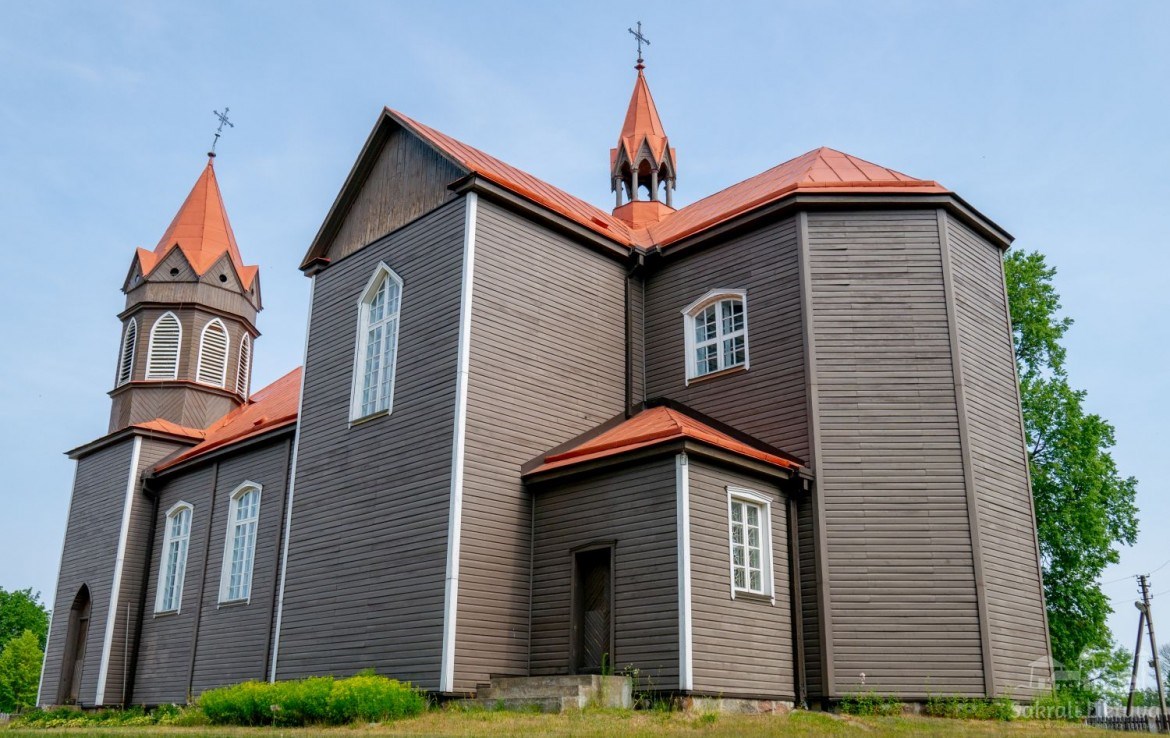 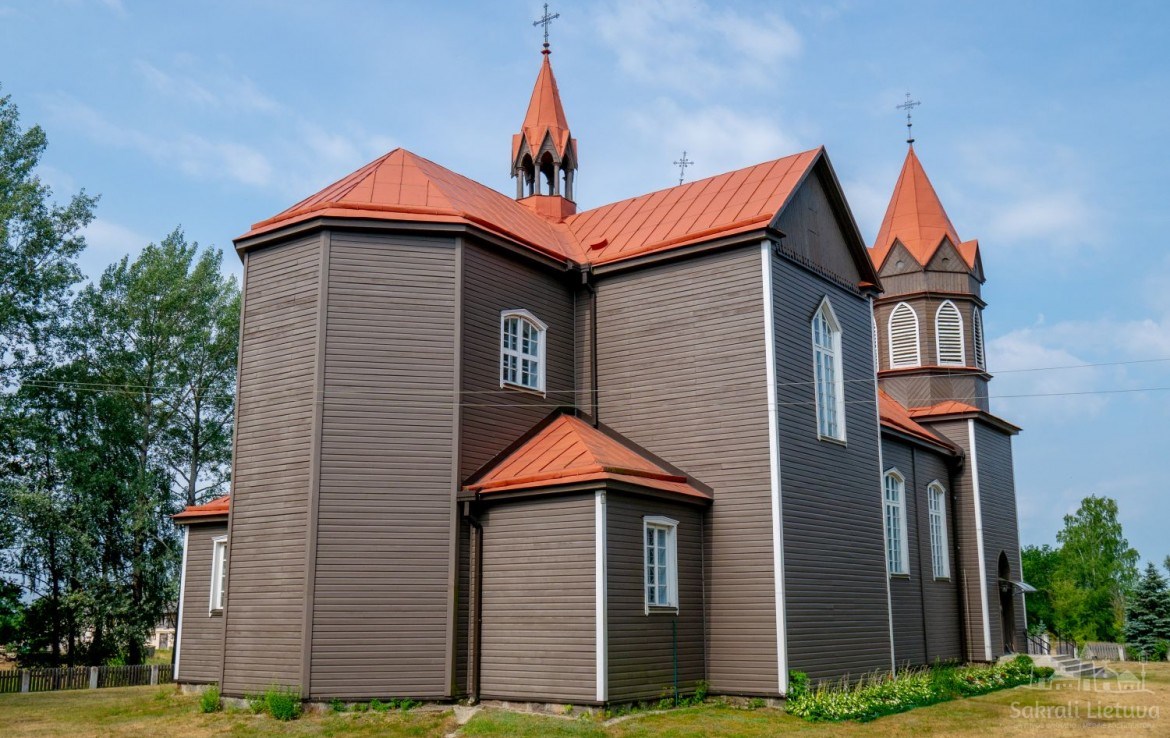