Budvietis Church of the Jesus from Nazareth

In 1820, the landowners of Būdvietis built a public chapel devoted to all local Catholics – until that time only the landowners had the right to practice religious rites in the chapel belonging to the estate. As of 1931, a permanent priest was appointed there. In 1906, on the priest Jonas Grajauskas’ initiative, a wooden chapel was built there. In 1917, it became a filia, and in 1920, a parish was established. By 1936, a vestry and a porch with two turrets were built. In 1947, the dean Juozas Marčiukonis went underground, and in 1949, he died in a hideout.

The Church is built in folk style with the elements characteristic of baroque. The building is rectangular, of perfect proportions, with moderate exterior décor and a three-sided apse. The main façade is framed by two turrets with a quadrangular basement and with a triangular fronton ending in a cross between them. The turrets are of one tier with rectangular acoustic openings covered with wooden horizontal Venetian blinds. The turrets are covered with pyramid roofs of four slopes ending in pedestals with ornamented crosses.

Profiled cornices, bargeboards adorn the garret and the upper part of the fronton. Polygonal turrets with baroque helmets and ornamented forged crosses rise over the presbytery and in the centre of the gable roof. The main façade is level, without particular decorations, geometrical segmentation of windows and doors create decorativeness. Openings of the windows and doors are rectangular, the door of the front entrance in the main façade is two-leaved and the single door is in the lateral façade segmented in decorative rectangles. A rectangular bay window divided into smaller symmetrical rectangular windows is placed above the main entrance. Arch windows are arranged in the lateral facades, and in the apse there are narrow rectangular windows divided into squares and a decorative semicircle bay window that are unusual to sacral buildings of folk architecture. There are three naves separated by columns inside the Church.

A brick plastered chapel and a mausoleum chapel built of red brick in which the wife Sofia of the owner of Prapuntai estate Krystopher Hertyk was buried in 1850 stand in the churchyard. 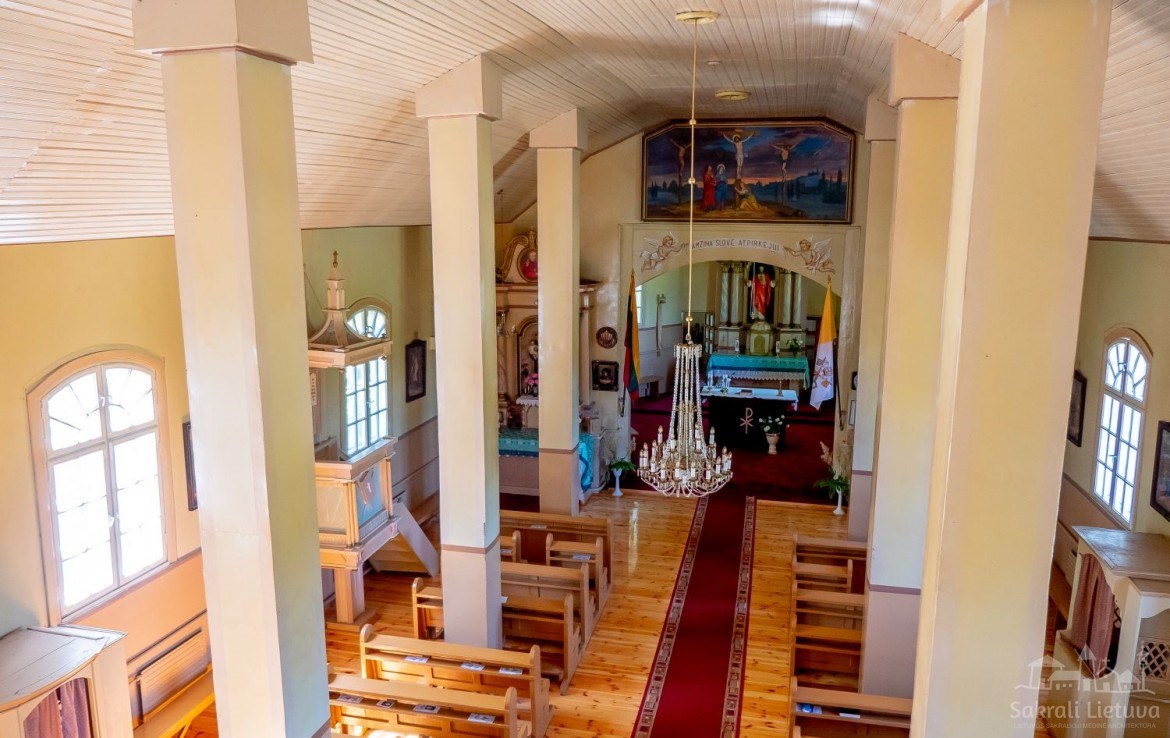 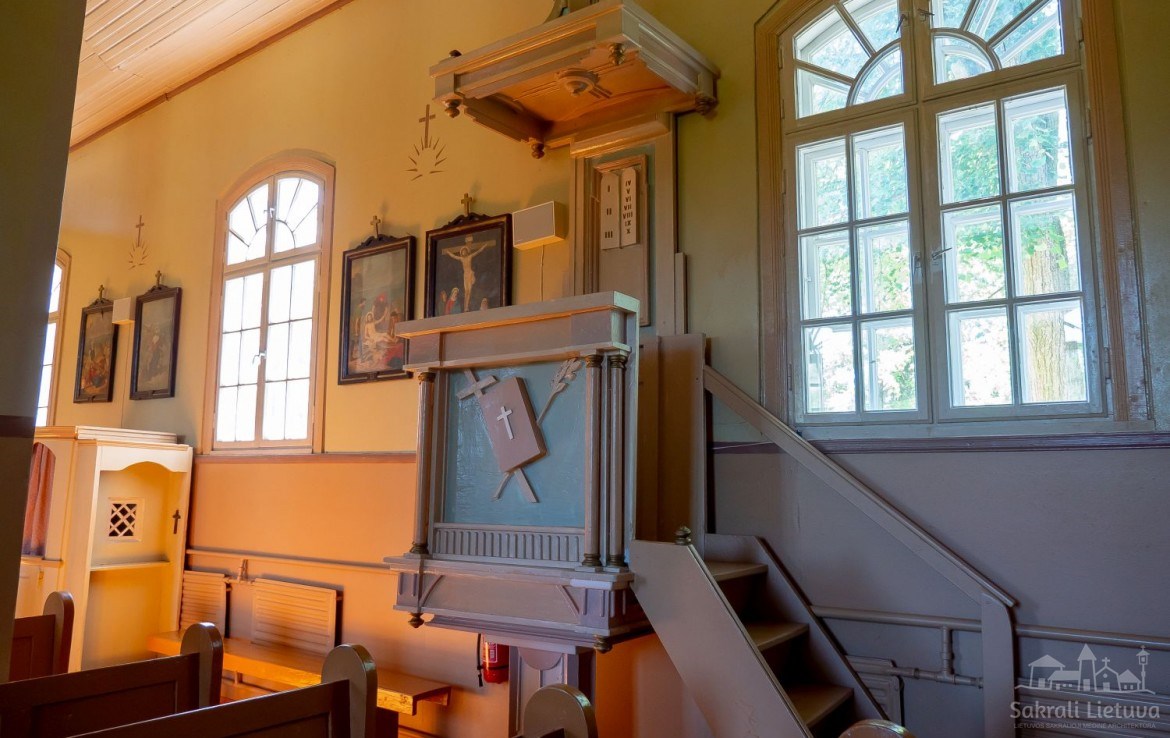 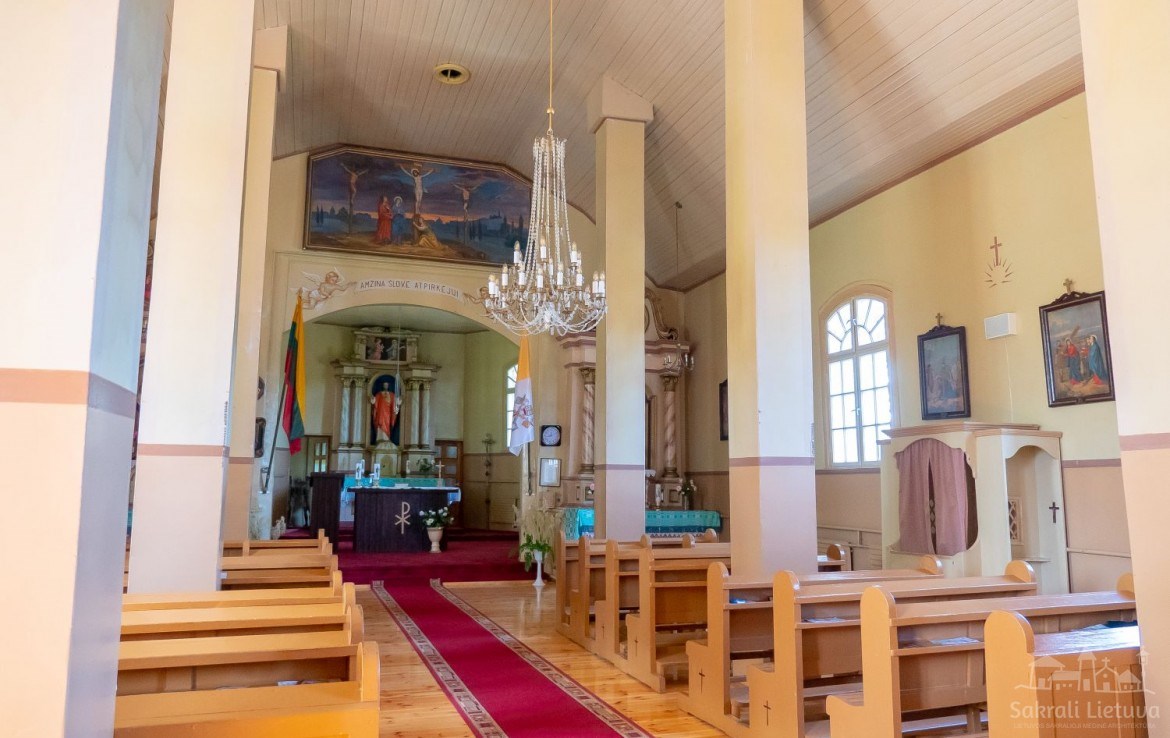 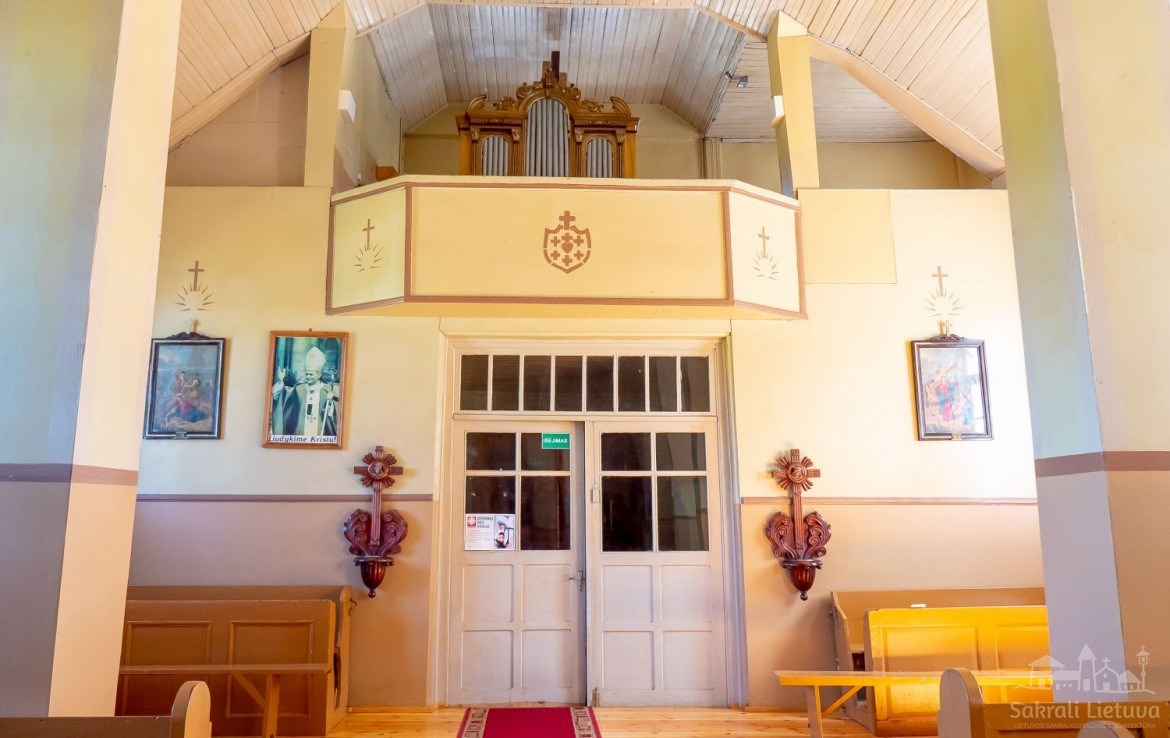 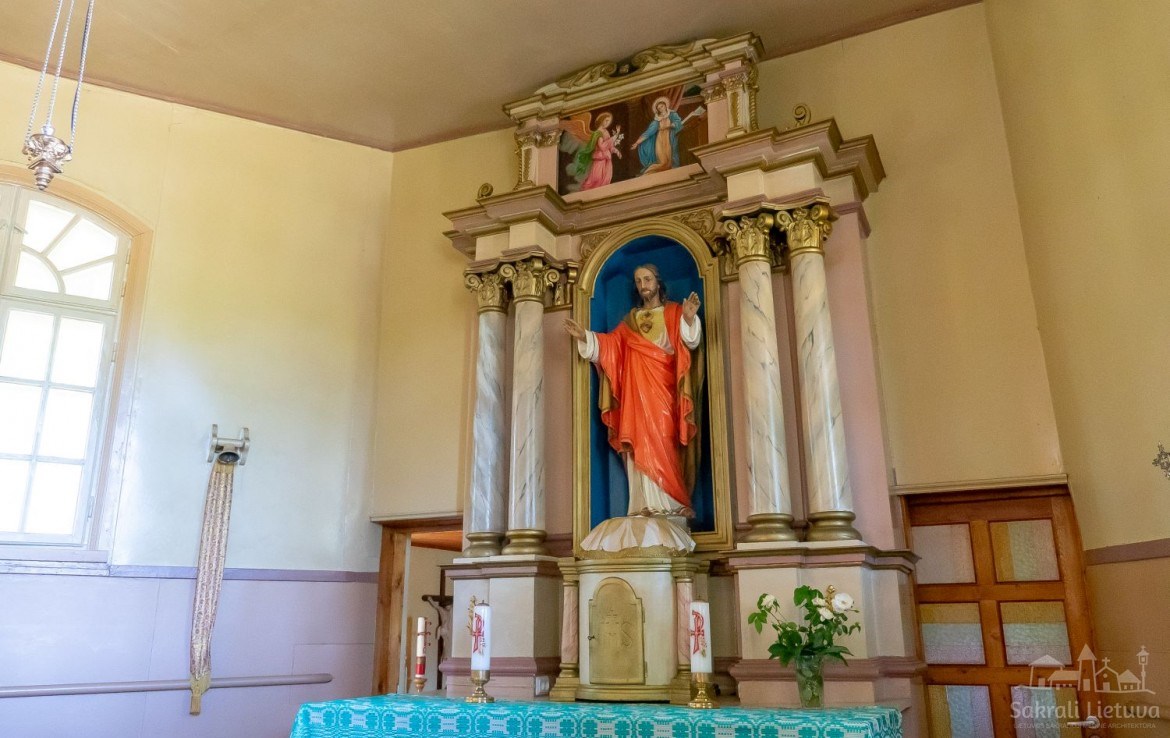 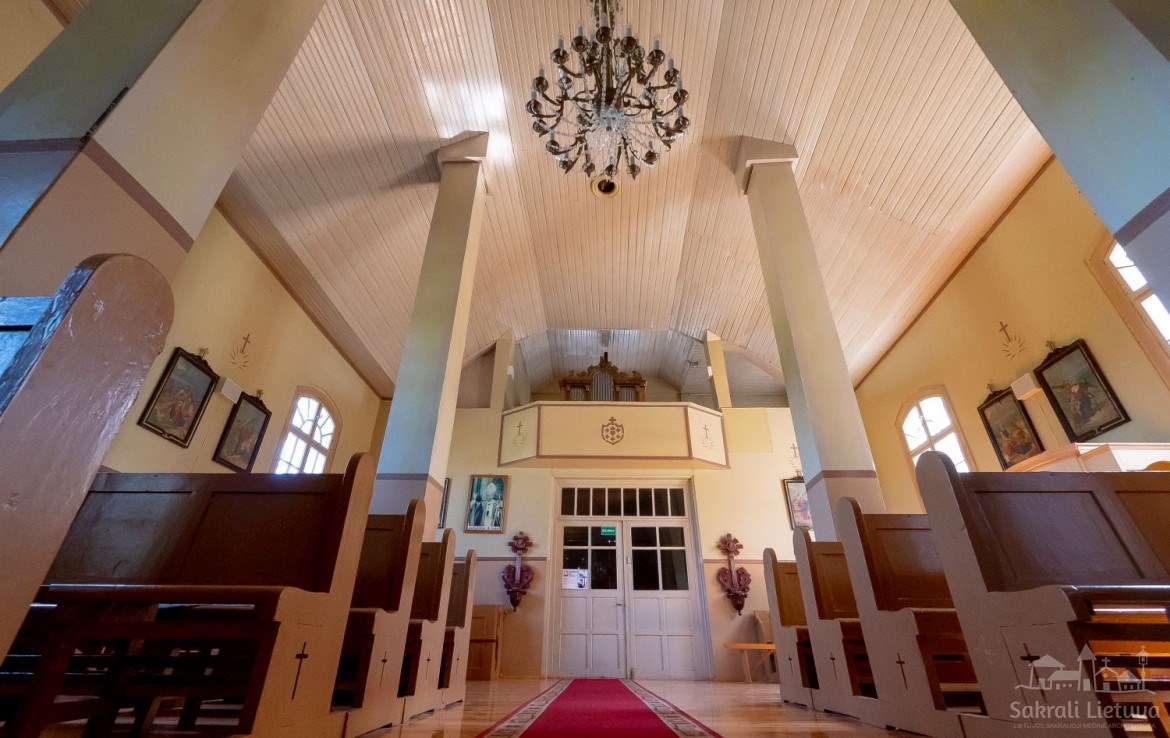 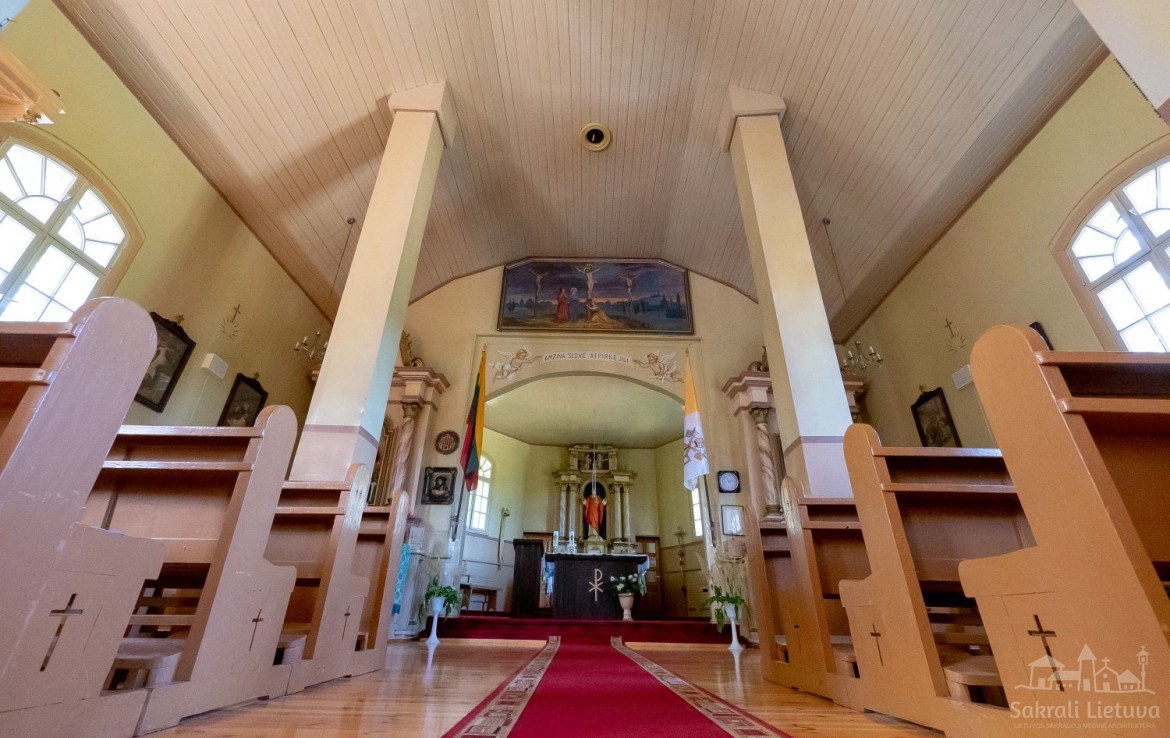 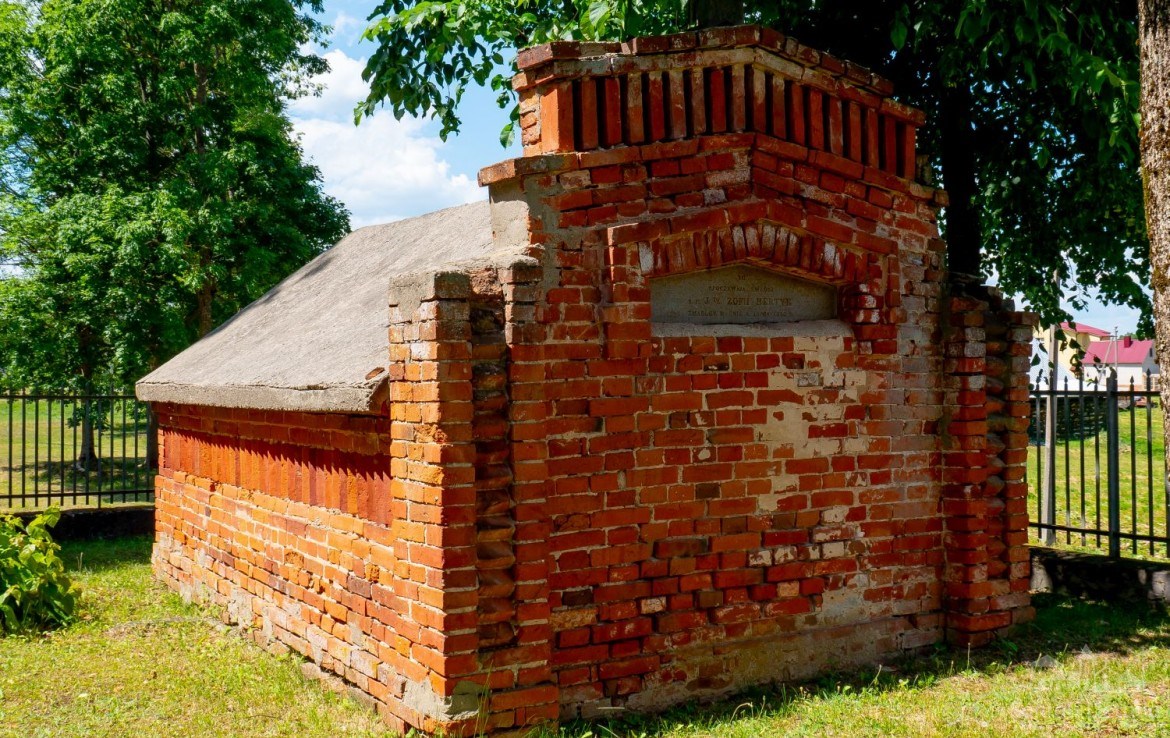 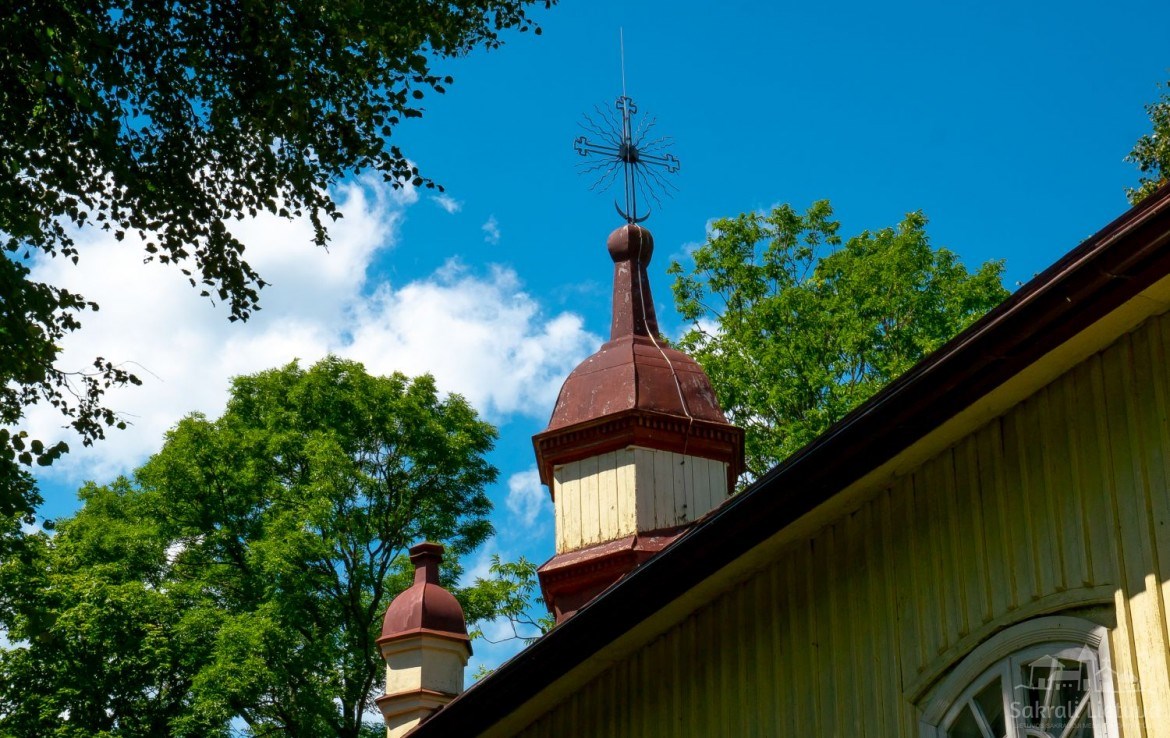 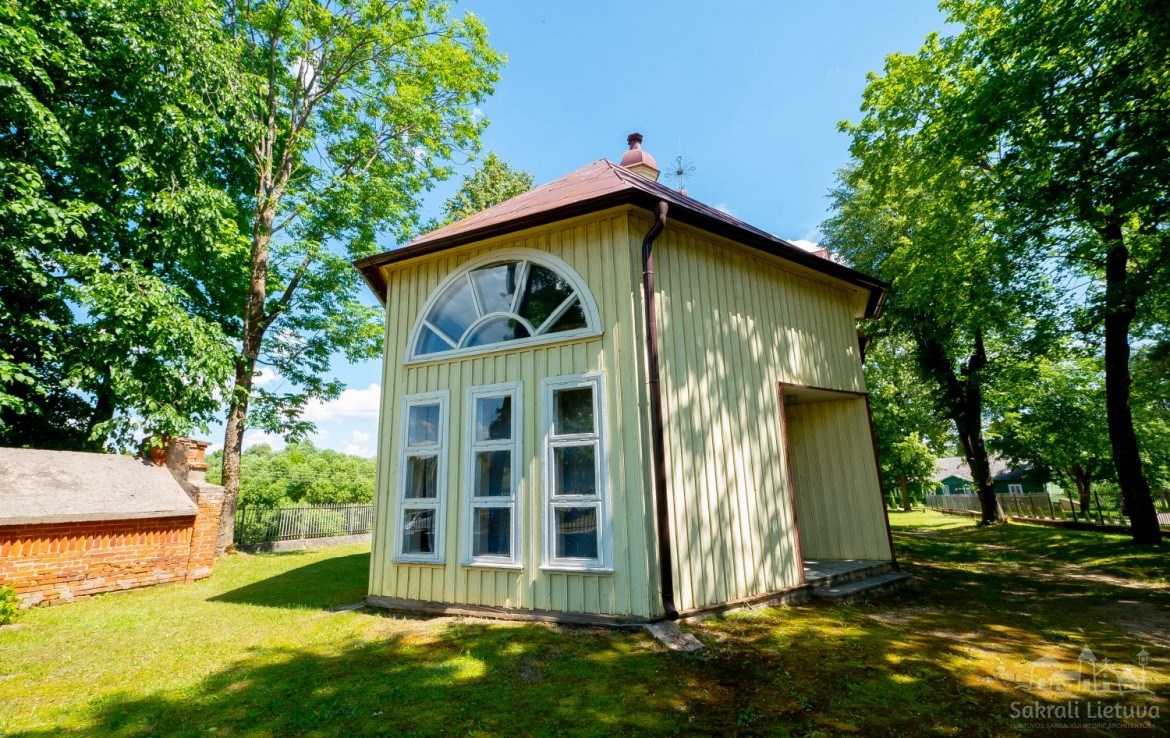 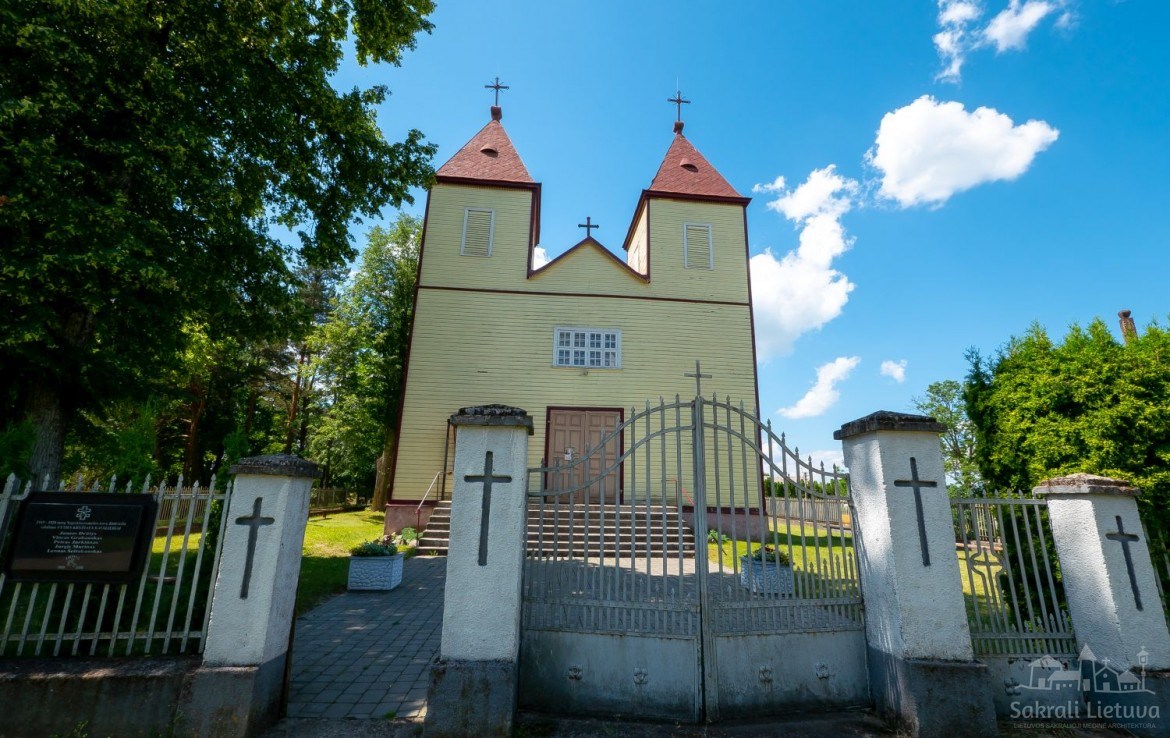 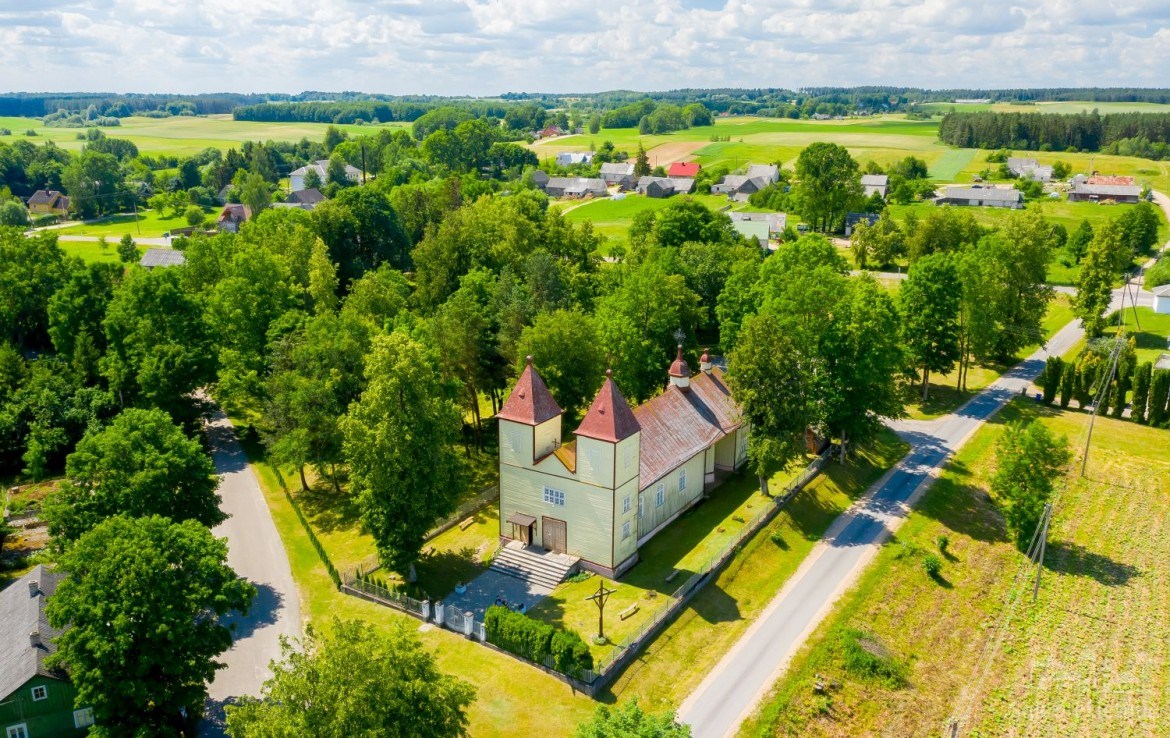 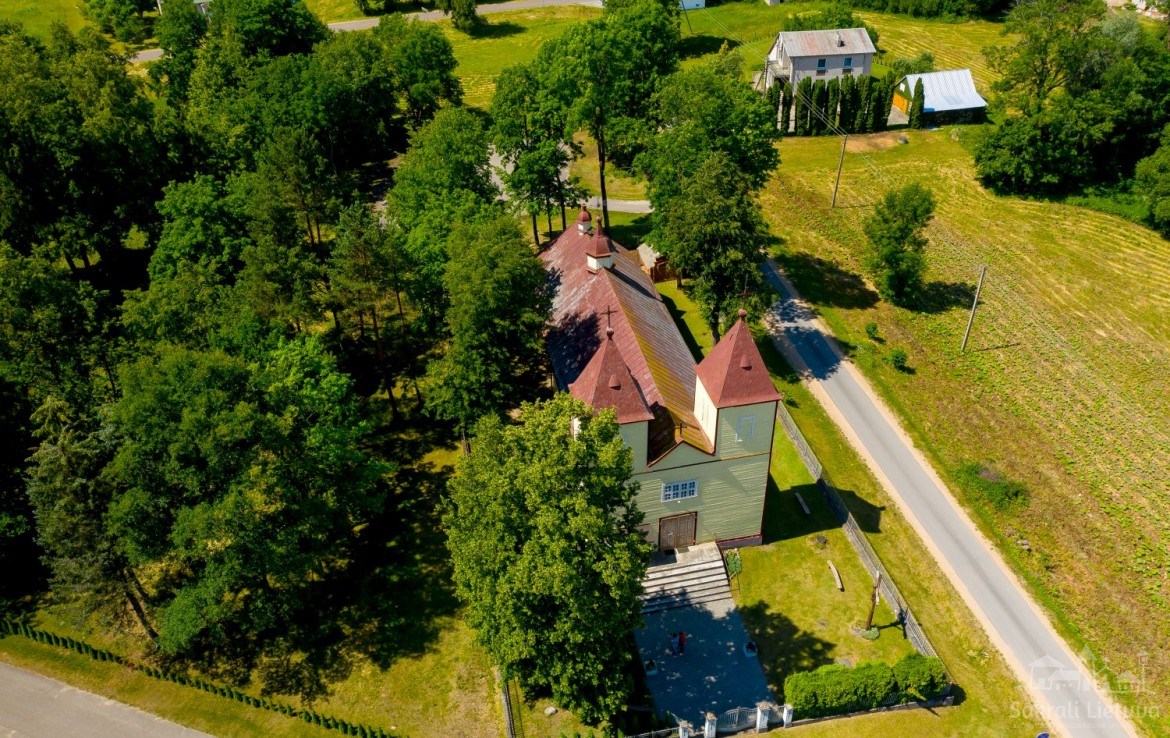 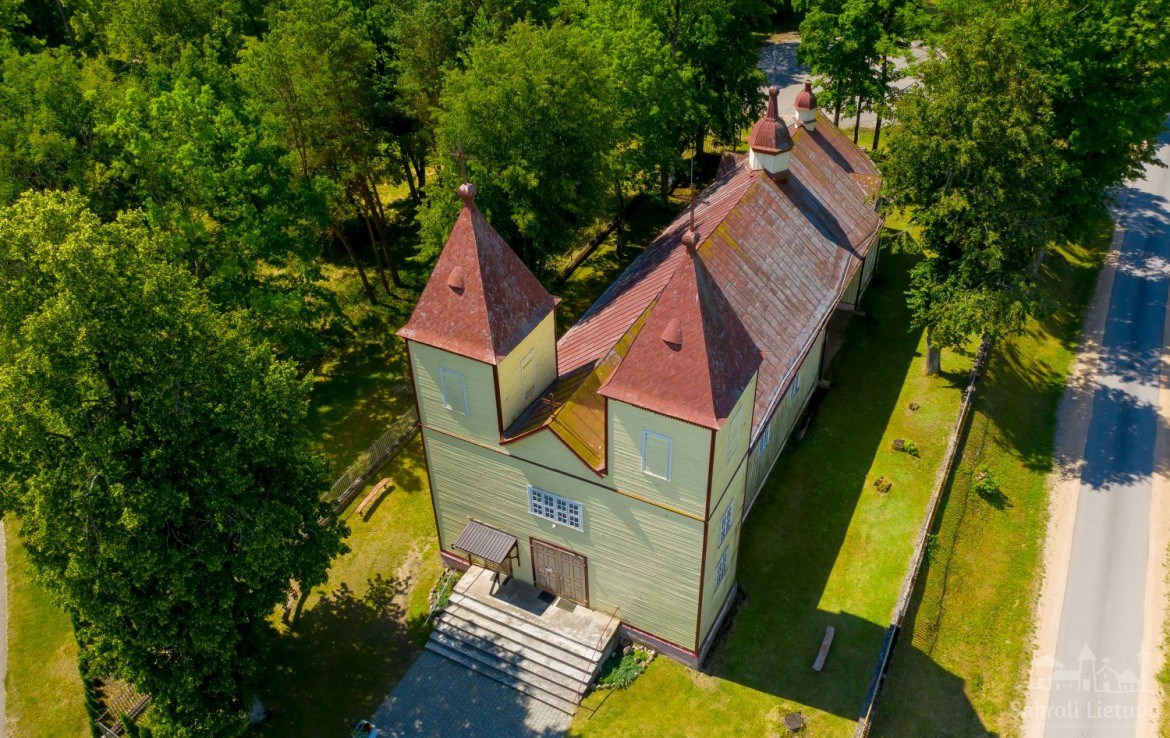 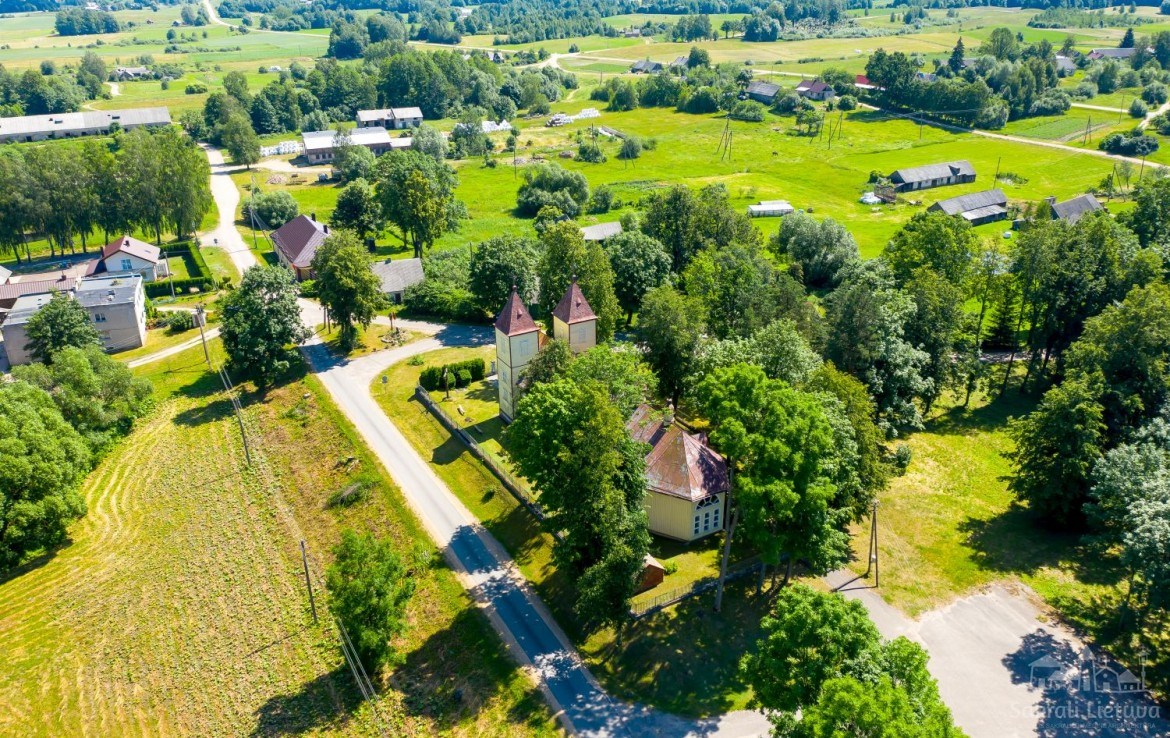 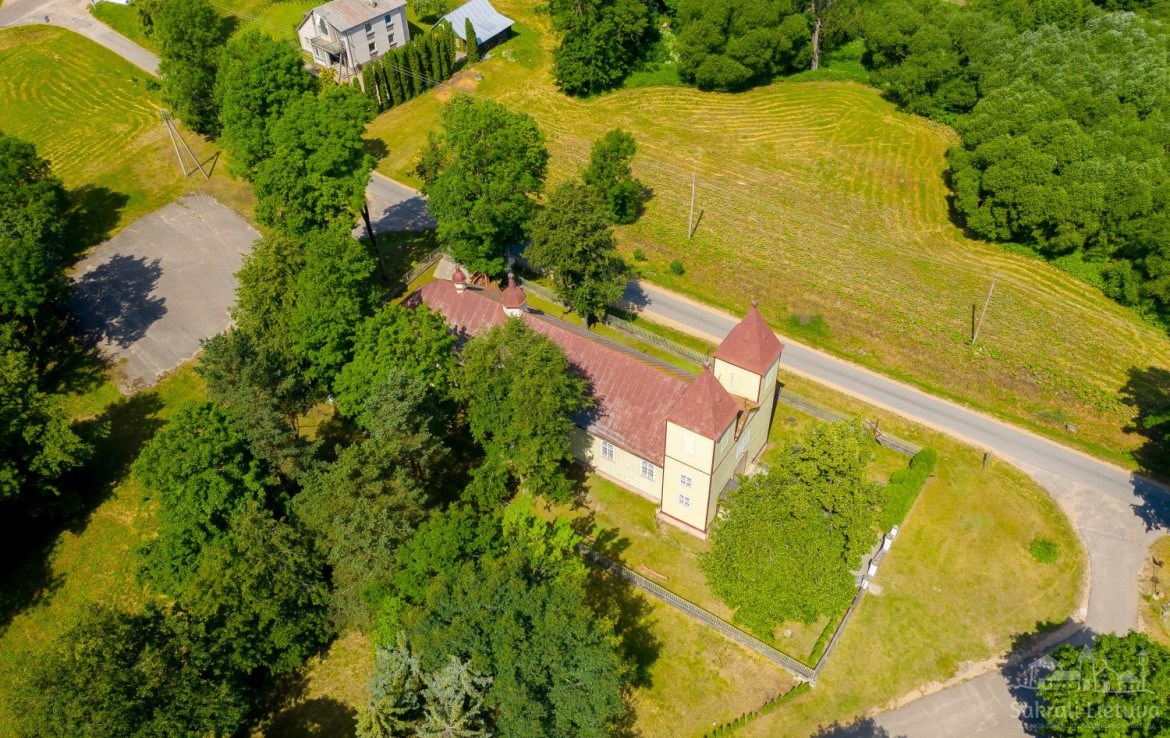