The Dominican-owned masonry church of Aukštadvaris Parish was closed after the uprising in 1832, and the services were held in a small cemetery chapel. Later the chapel was also handed over to the Orthodox Church, and in 1881 it burned down. At the beginning of the 20th century Aukštadvaris inhabitants decided to reestablish their parish and build a church. Bronislovas Malevskis, the owner of the manor there, donated a land plot for the construction of the church, and a wooden church designed by the architect Antanas Filipovičius-Dubovikas was approved in 1907. Initially, a temporary chapel was built and the church parish was restored. The newly established parish had substantial Polish population, so the services were held in Polish. The new church was built in 1910-1913. World War I, which began shortly, caused great damage to the newly built church: in 1914, the Russian army stationed there took three church bells away. The church also suffered during the World War II: on 24 June 1941, Nazi Germany soldiers destroyed the roof of the church by firing at Aukštadvaris.

The church building is Historicist with neo-Gothic features. The building layout is symmetrical, with two graceful towers on either side of the main facade and two two-storey sacristies. The two-section towers end with four symmetrical small pediments with sun motifs and a pointed four-sided roof with a cross on a round pedestal. The same sun motif is echoed in the other pediments of the building. On the main facade pediment, the sun motif is further accentuated by a circular, decoratively segmented central skylight. The window and tower openings in the building are arched, decorated with dripstones.

The interior space is divided into three naves. The church has four altars. The great altar is decorated with the painting The Transfiguration of Christ by the professional artist Stanislovas Gobiata. The same author used a similar composition to decorate the processional altar. The other three smaller altars of Historicist style were brought from the old Dominican church of St. Dominic.

The church interior is richly decorated with paintings. The transept’s right wing includes the painting St. Francis of Assisi on the wall that was painted in the second half of the 19th century by the painter from Kaunas M. Bučinskas. The same artist painted the Stations of the Cross. The paintings St. George and St. Stanislaus on the side walls of the church were painted in 1913 by Juozapas Balzukevičius. Two paintings of the famous Lithuanian artist Vladimiras Didžiokas are kept in the church and the sacristy.

Some of the wealth of the old Dominican church is also stored in the church: a reliquary of St. Cross of the 18th century, a chasuble embroidered in plant patterns, a brass chandelier of the second half of 19th century. Instead of the bells that disappeared during the war, the church belfry now has a bell of 108.5 kg recast in Poland in 1882, and a small bell made in 1808. 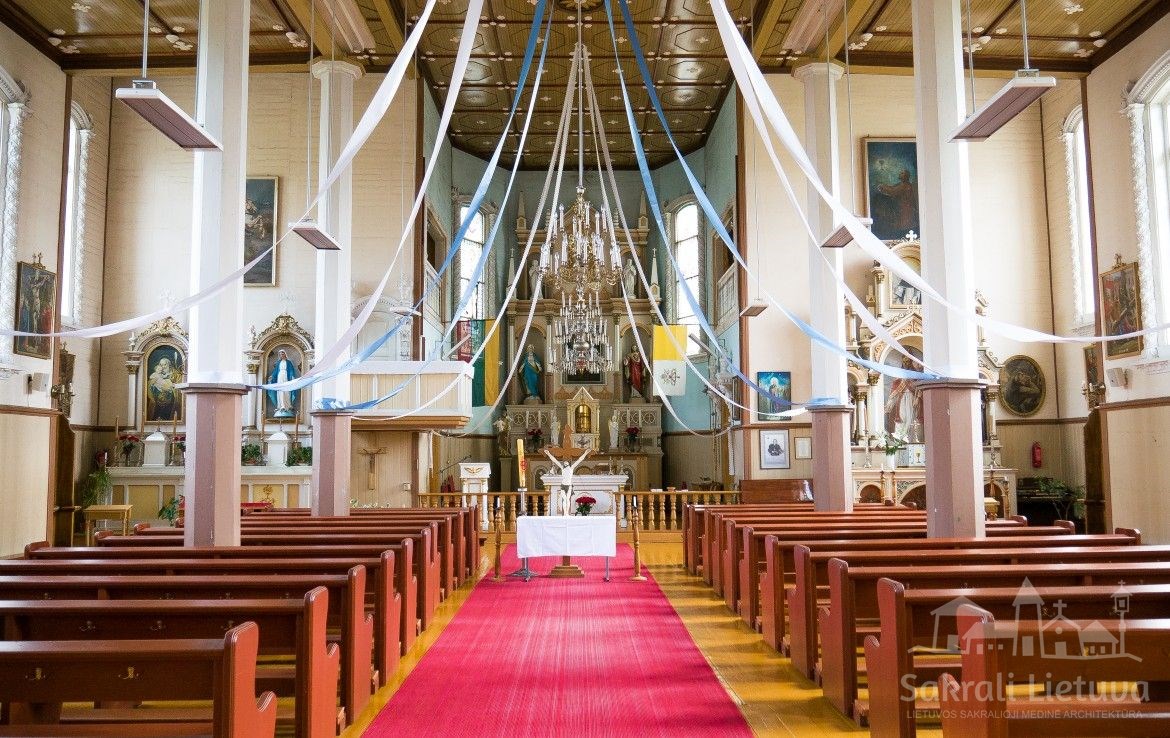 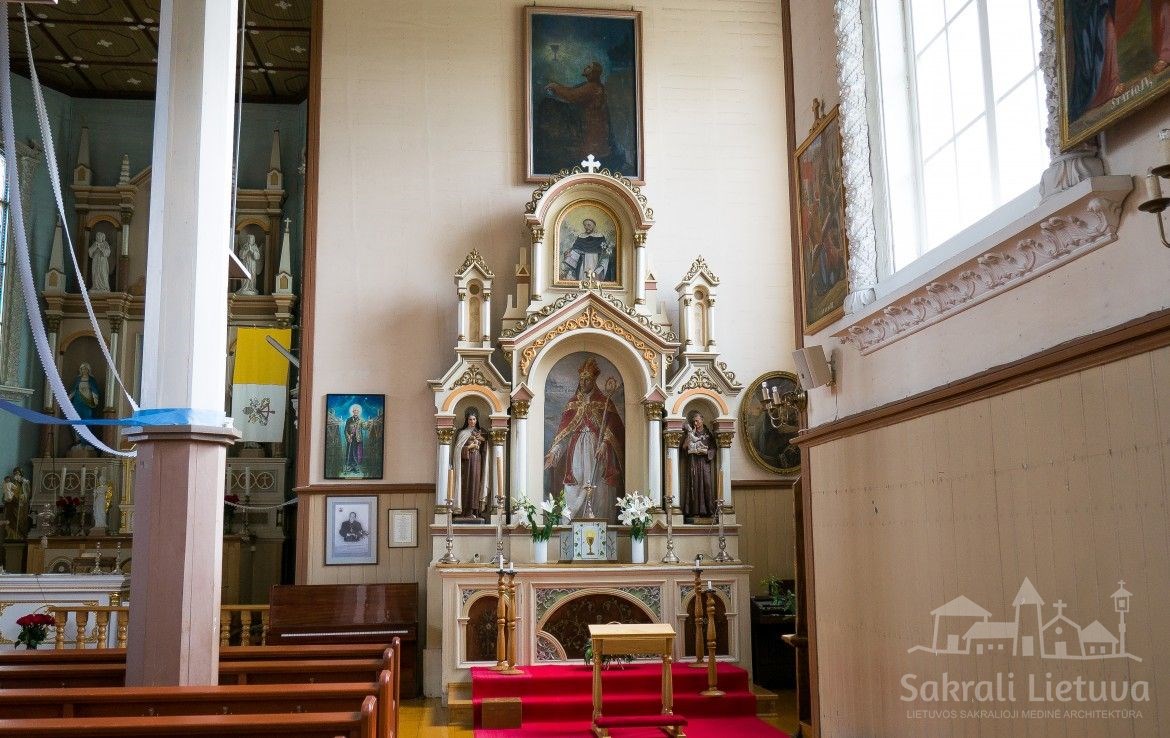 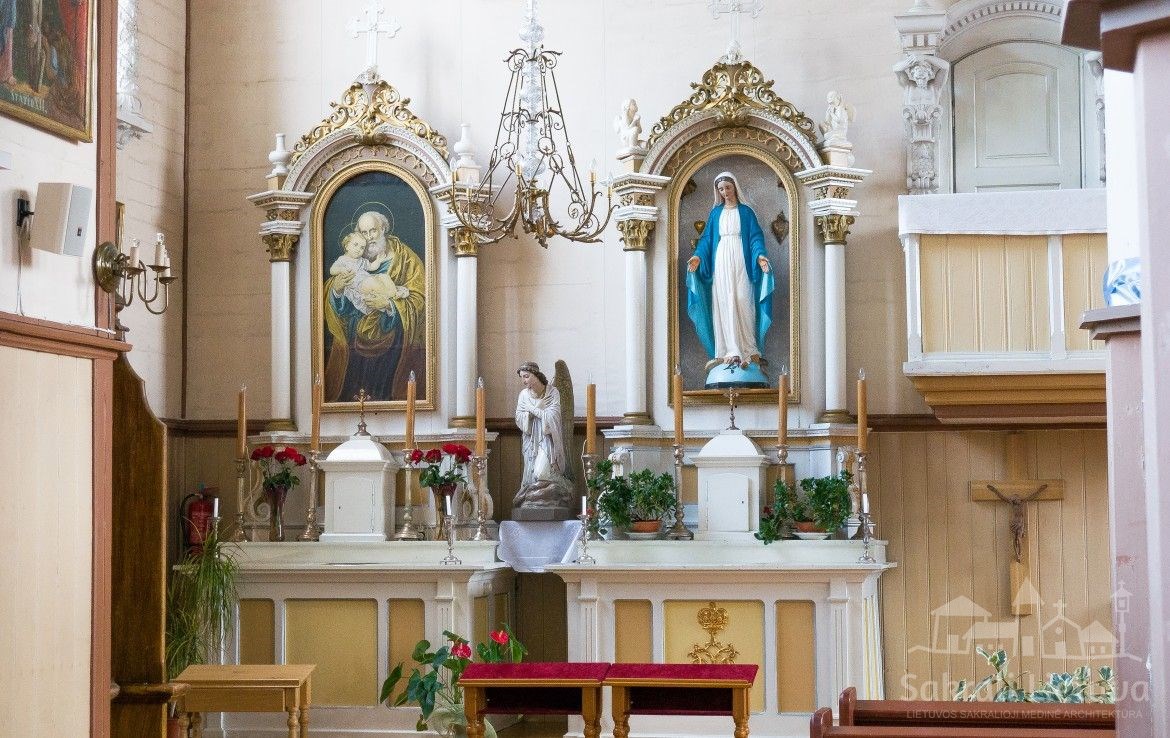 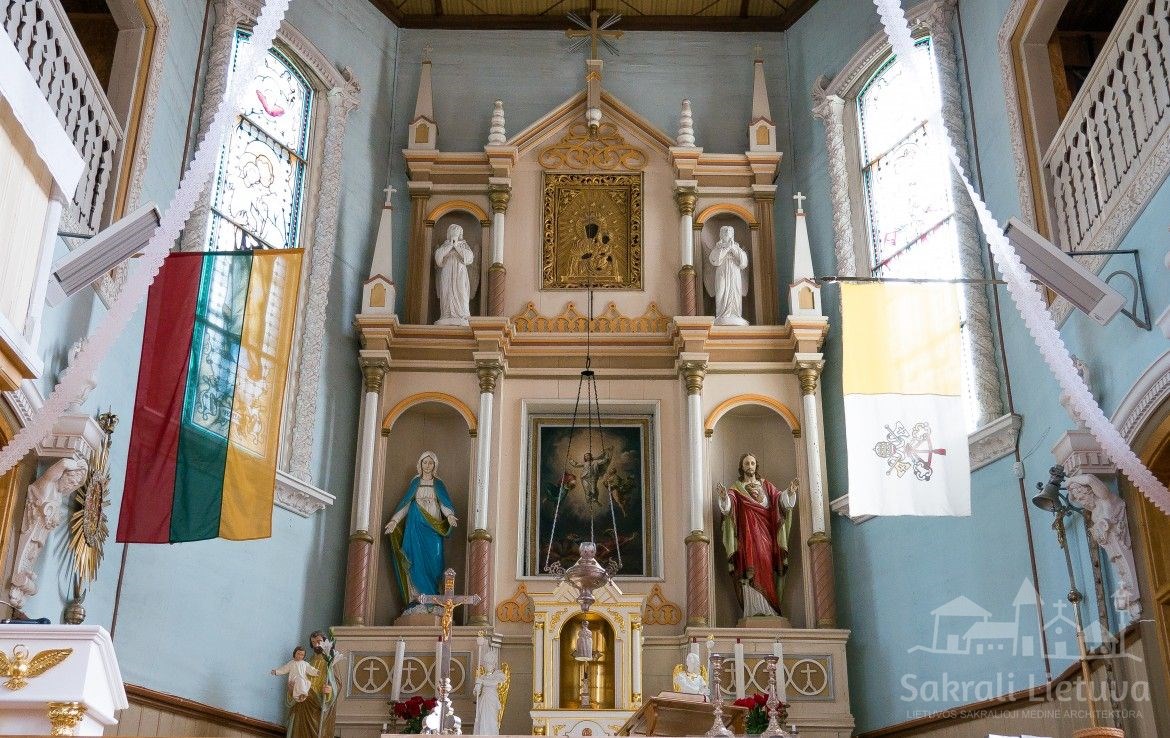 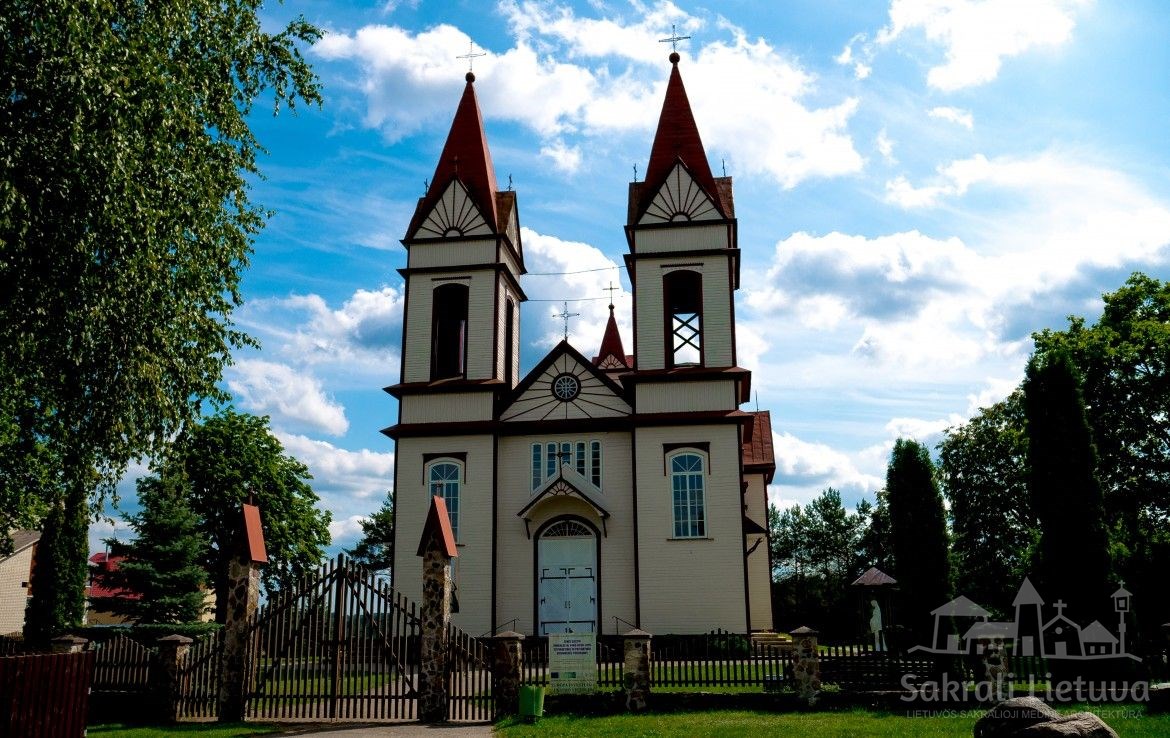 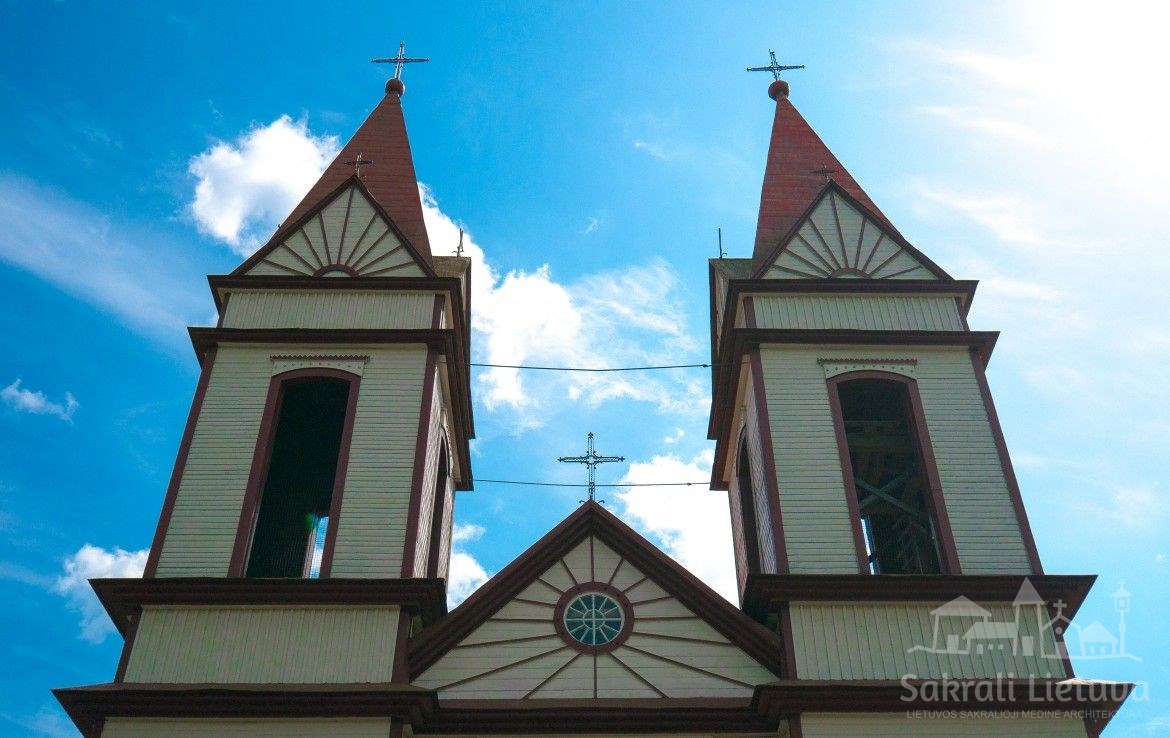 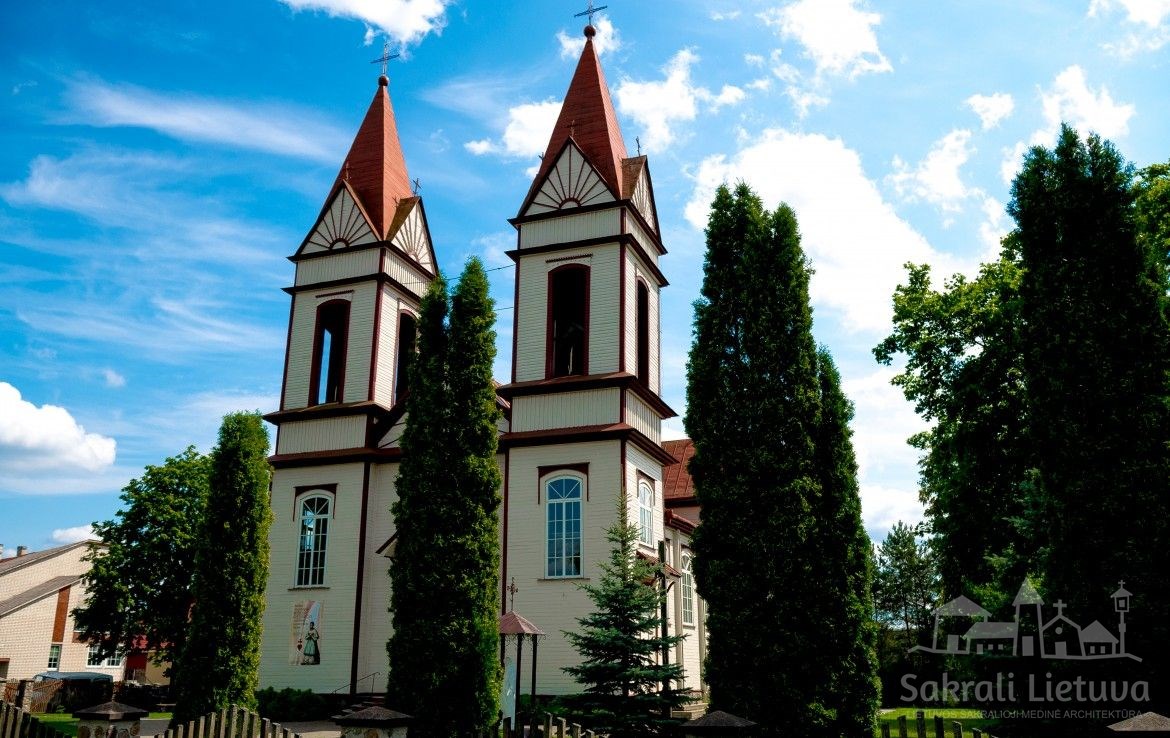 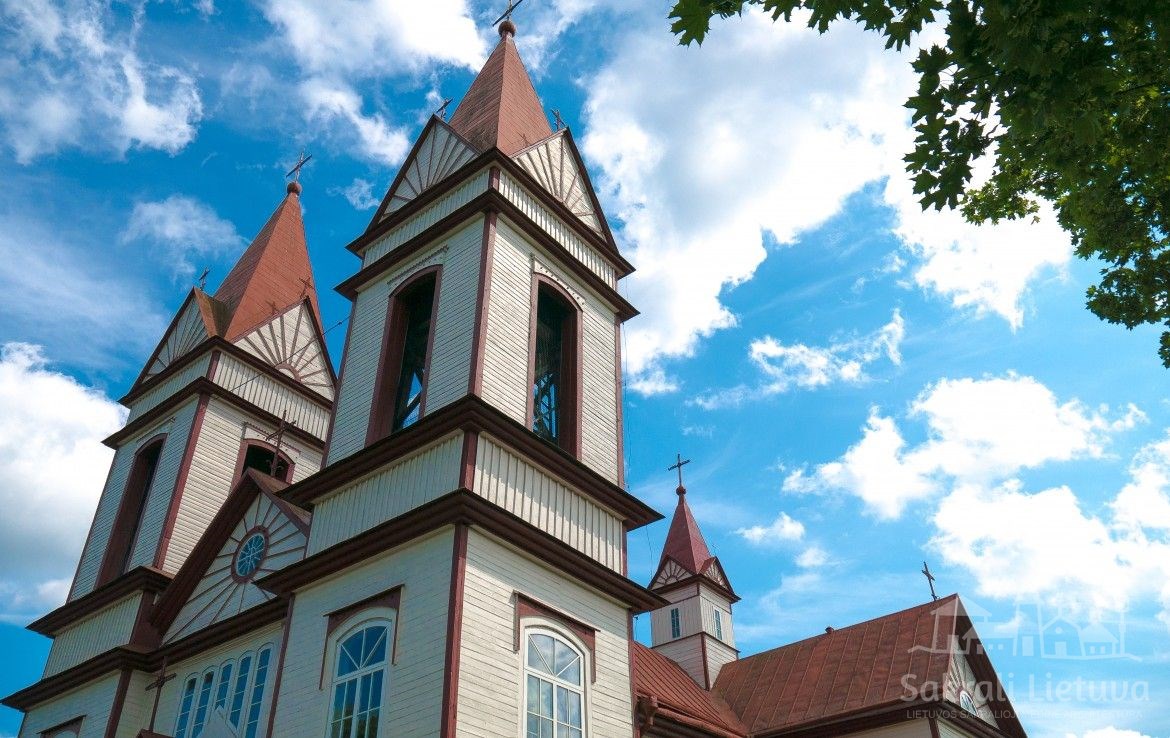 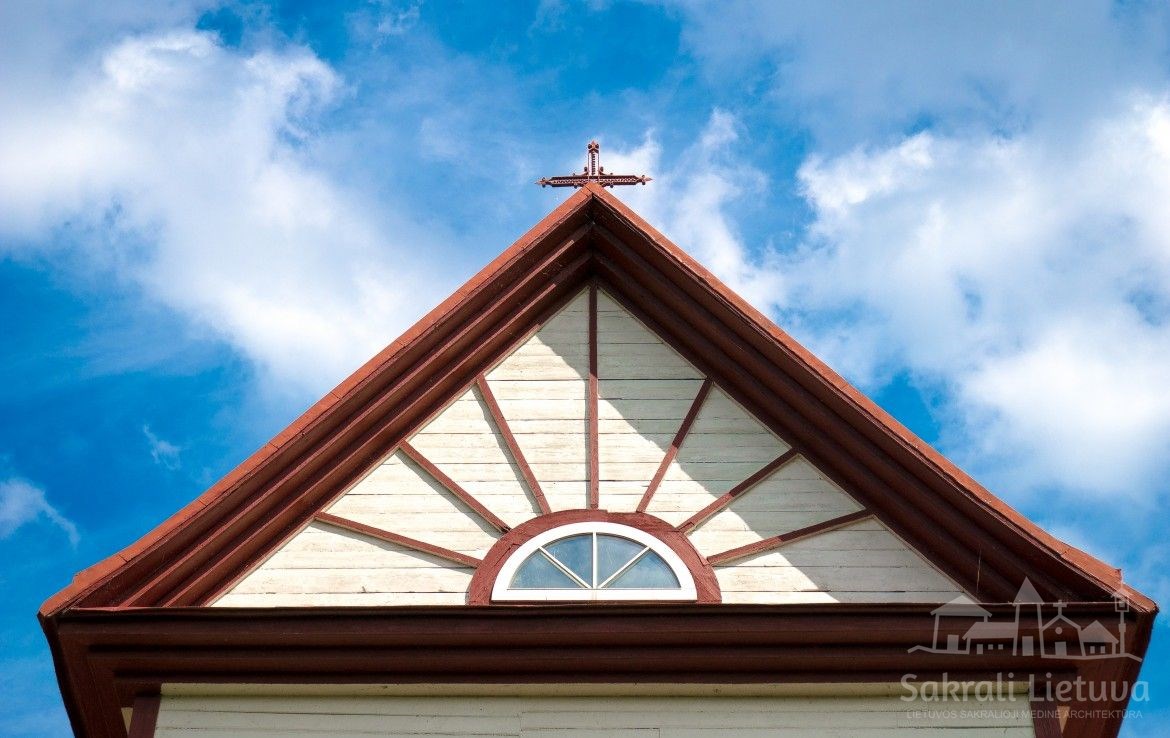 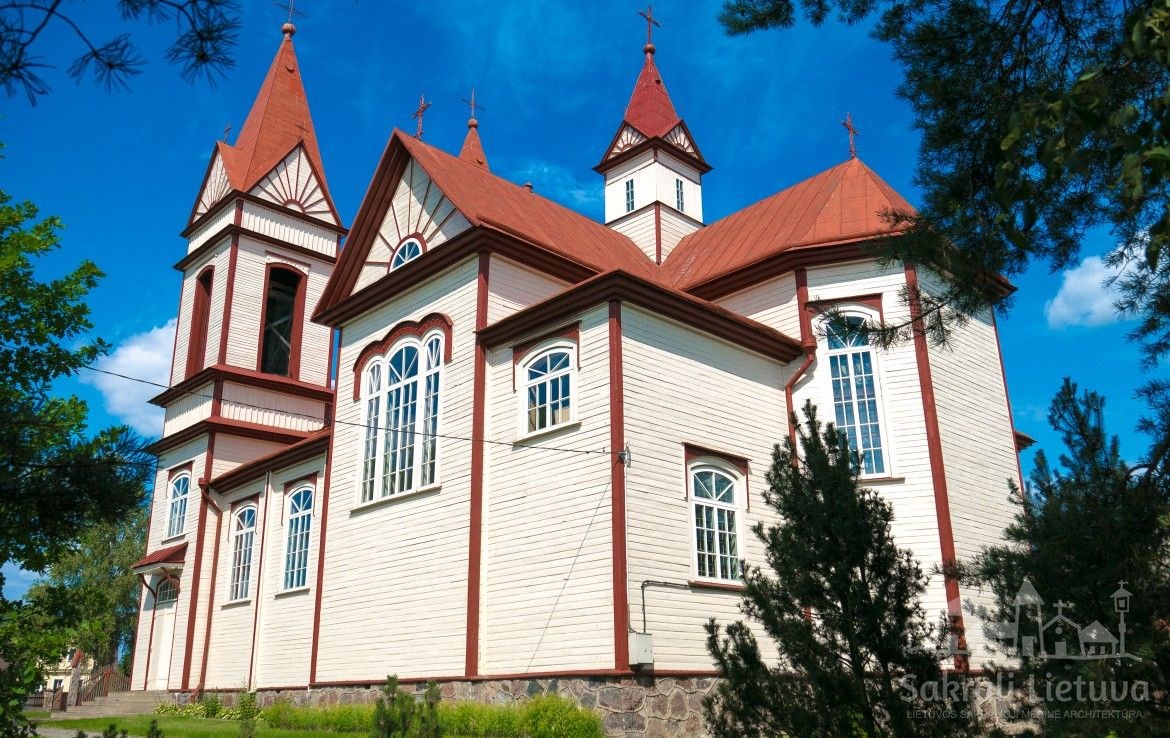 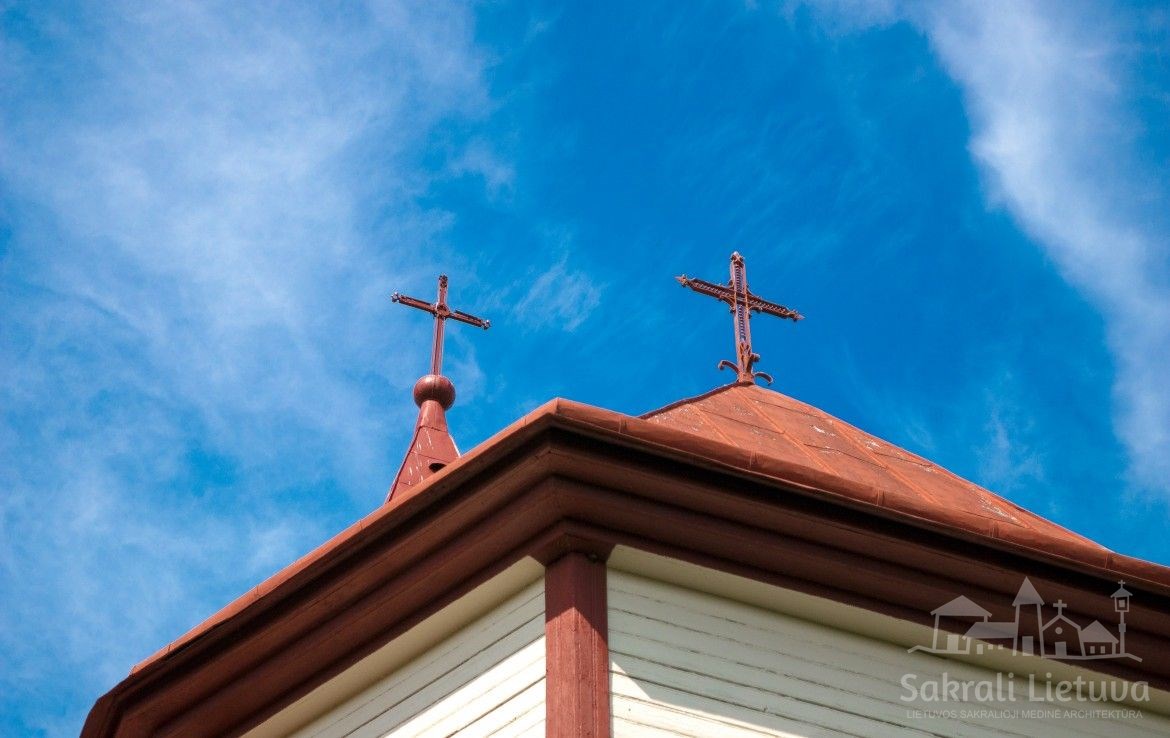 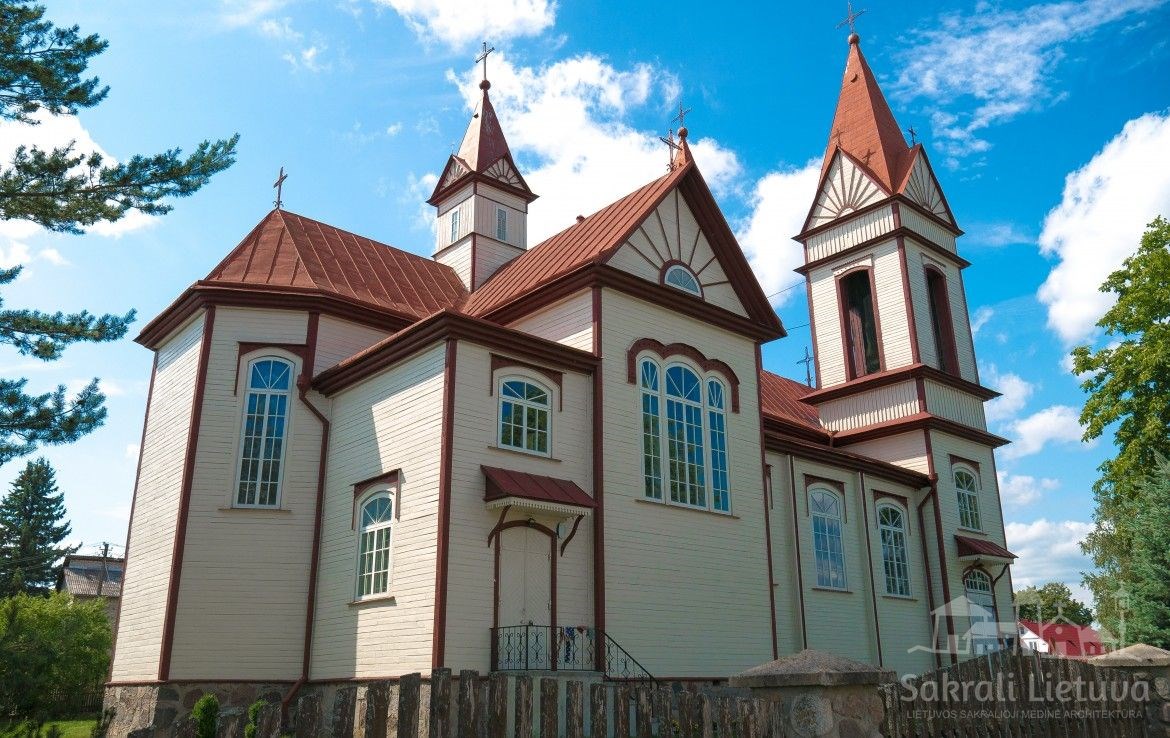 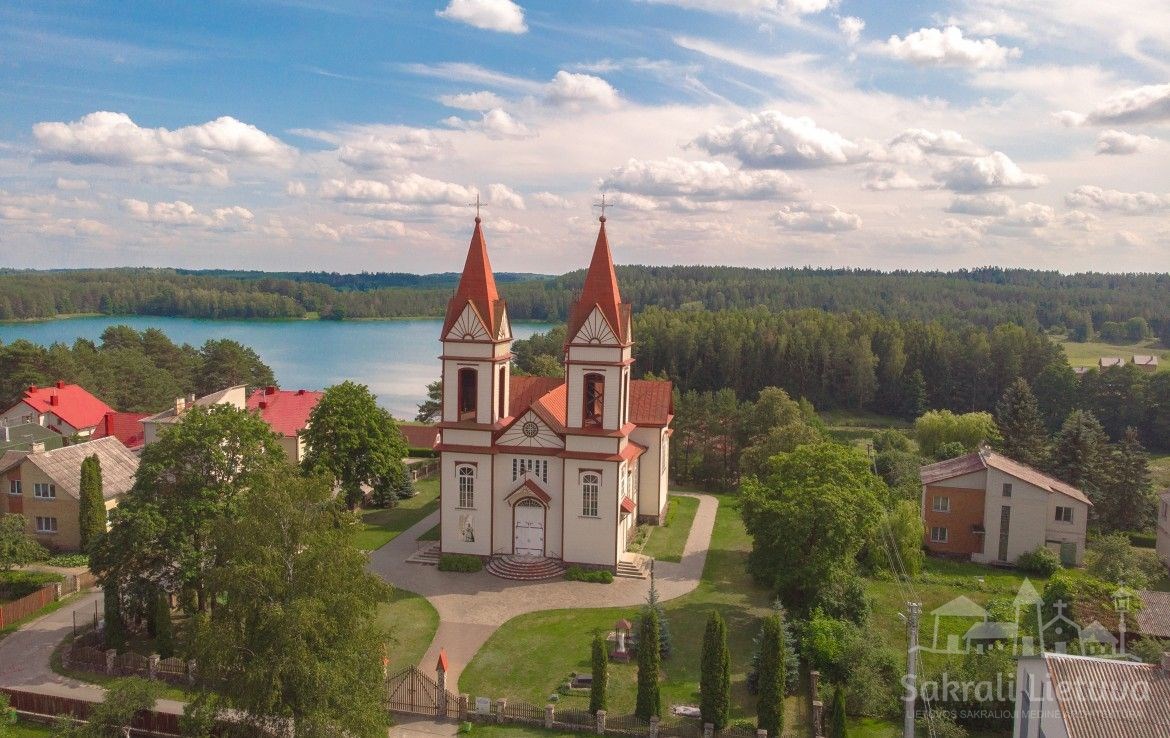 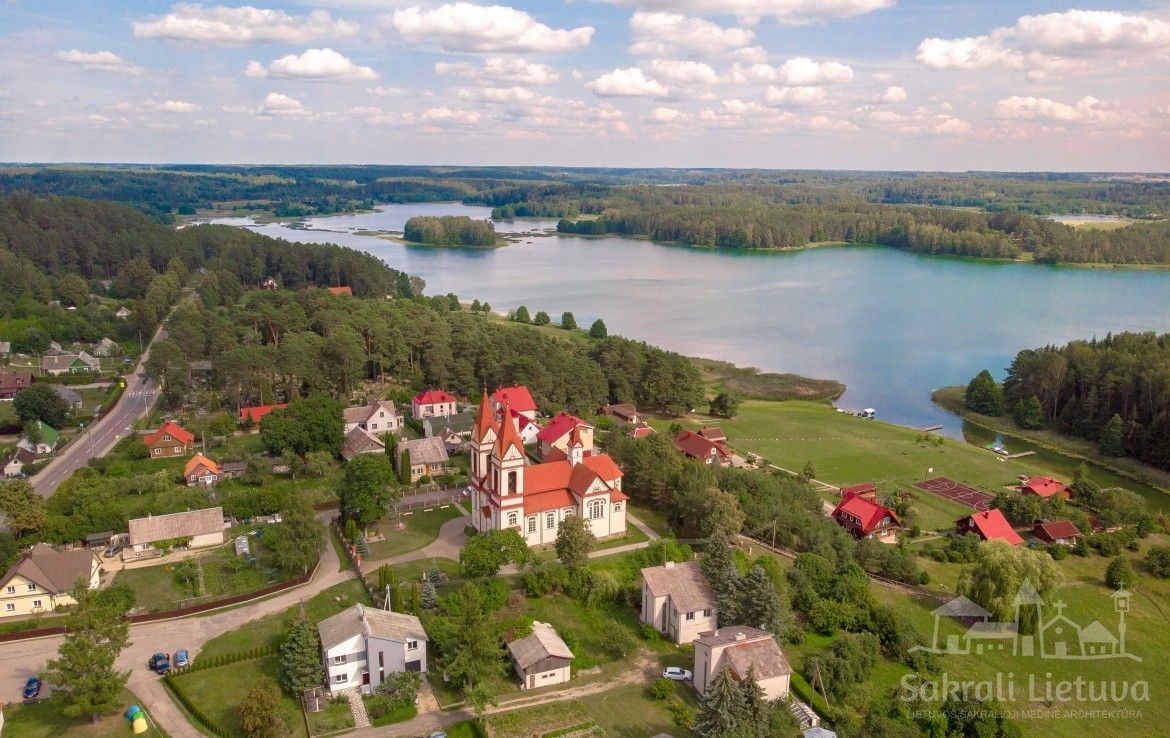 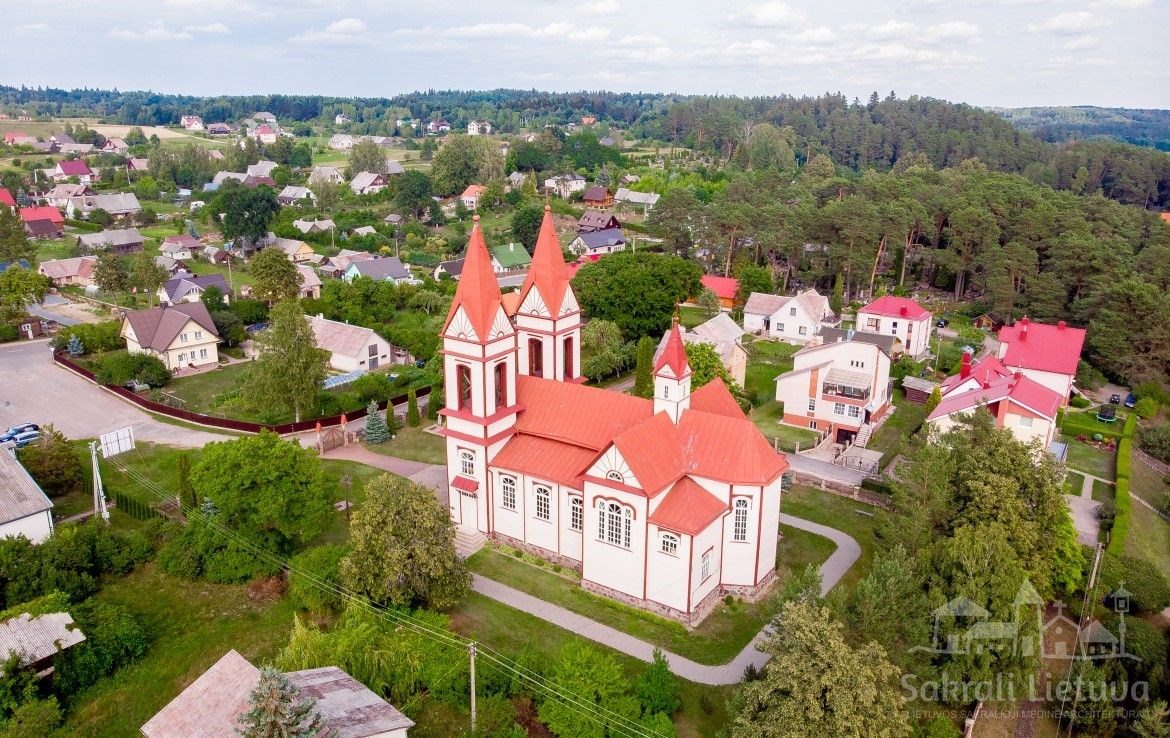 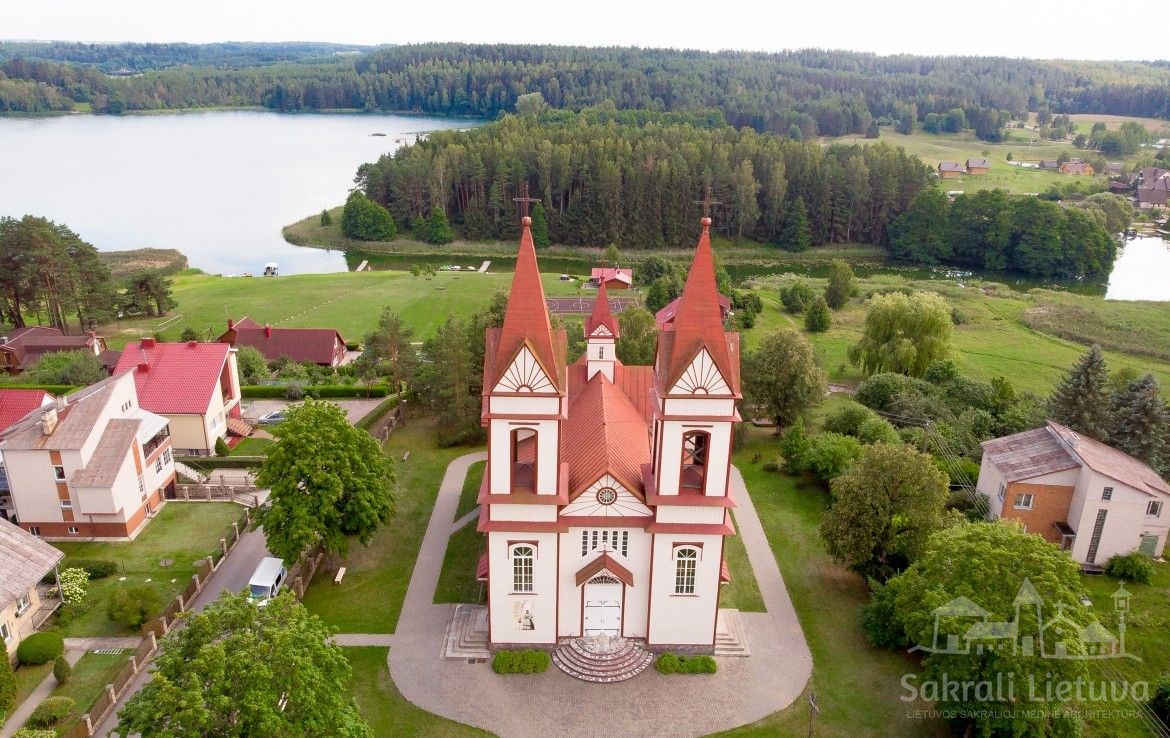