The Old Church of Aleksotas

Situated on the left bank of the Nemunas River, Aleksotas, the suburb of Kaunas, was a part of Garliava Parish until 1921, when a small church was built from an old barn wood on a plot donated by the priest Juozas Vailokaitis. In 1923, the pastor and priest Jaronimas Valaitis initiated the decision to enlarge the church. An engineer Valerijonas Verbickis was hired to redesign the church, but under the direction of the Commission of the Commissariat for the Reconstruction of Lithuania the designs were revised to include a presbytery and sacristy.

St. Casimir’s Church in Aleksotas featuring typical folk architecture is of a rectangular layout, with one tower, a narrow rectangular presbytery and two sacristies on the sides. The main facade is dominated by a massive square-shaped belfry tower slightly protruding forward and embedded in the gable roof. The entrance is decorated with an open porch with two pillars and a gable roof covered with a triangular pediment. The pediment panel is decorated with a carving of the rising sun. Above it, the middle section of the tower was embellished with an ornate rosette, which is currently covered. Only a diamond-shaped skylight next to the tower roof remains. The same type skylights are located in the side facades of the tower. The narrower upper section has paired sound holes with triangular lintels and profiled edges. The tower is covered with a small and flat four-sided roof topped with an ornamented cross. The other cross decorates the apse. They both were made approximately in 1921. Two bronze bells are located in the belfry tower. One of them has the title of St. Casimir and was made in 1927, in an unknown Kaunas foundry. It is a valuable example of Lithuanian foundry. The other and much older one is St. Joseph’s bell made in Poland in 1772. The bell was brought to the church in Aleksotas after World War I, when bells evacuated to Russia were brought back to Lithuania. The church is covered with vertical boards, and diagonal boards cover only the pediment divided by the main facade tower. The windows are rectangular, and a horizontal rectangular skylight is located above a wide double door.

The three-nave interior space is divided by three pairs of slim columns. The cross-section of the church ceiling is trapezoidal: the middle naves are horizontal, and the lateral ones are sloping. The presbytery, which is narrower than the central nave, is covered by a low semicircular vault of wooden constructions. The ante-nave is separated by two columns that support the choir space. St. Casimir’s Church in Aleksotas was decorated with three altars, as well as a confessional created in the 1930s by the master from Veiveriai, Jonas Glamba. It is a valuable piece of church furniture with modernised Baroque, Renaissance and Modernist style features. 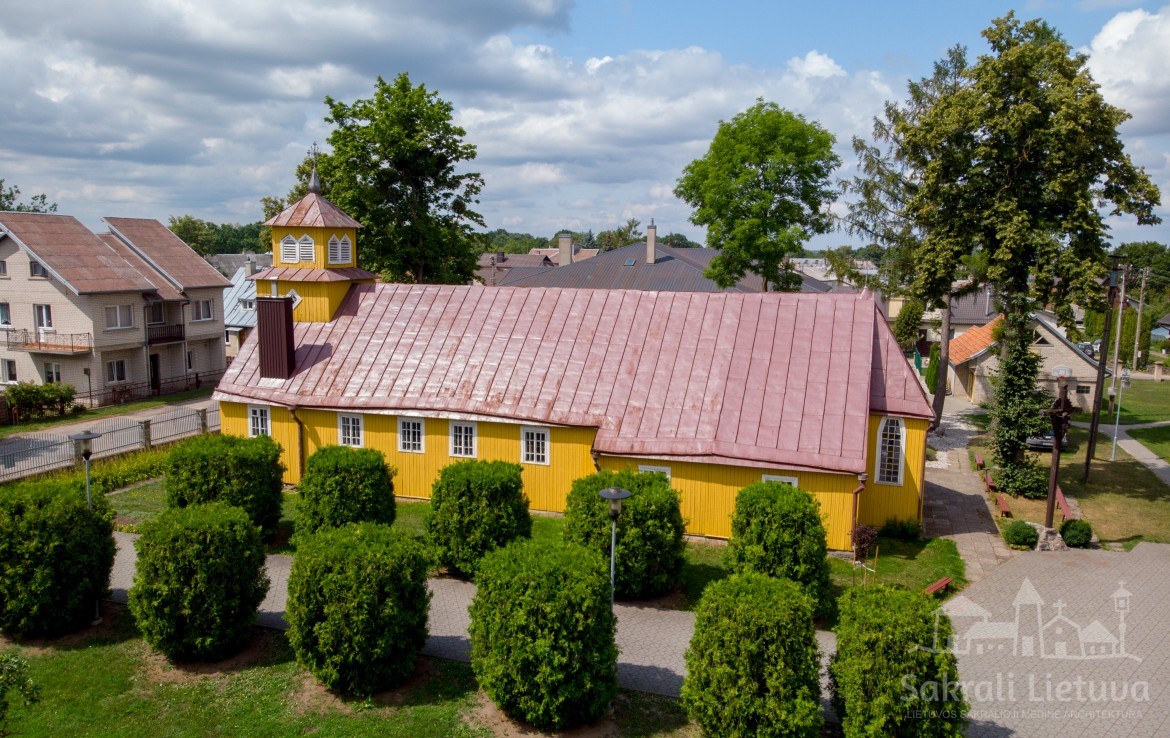 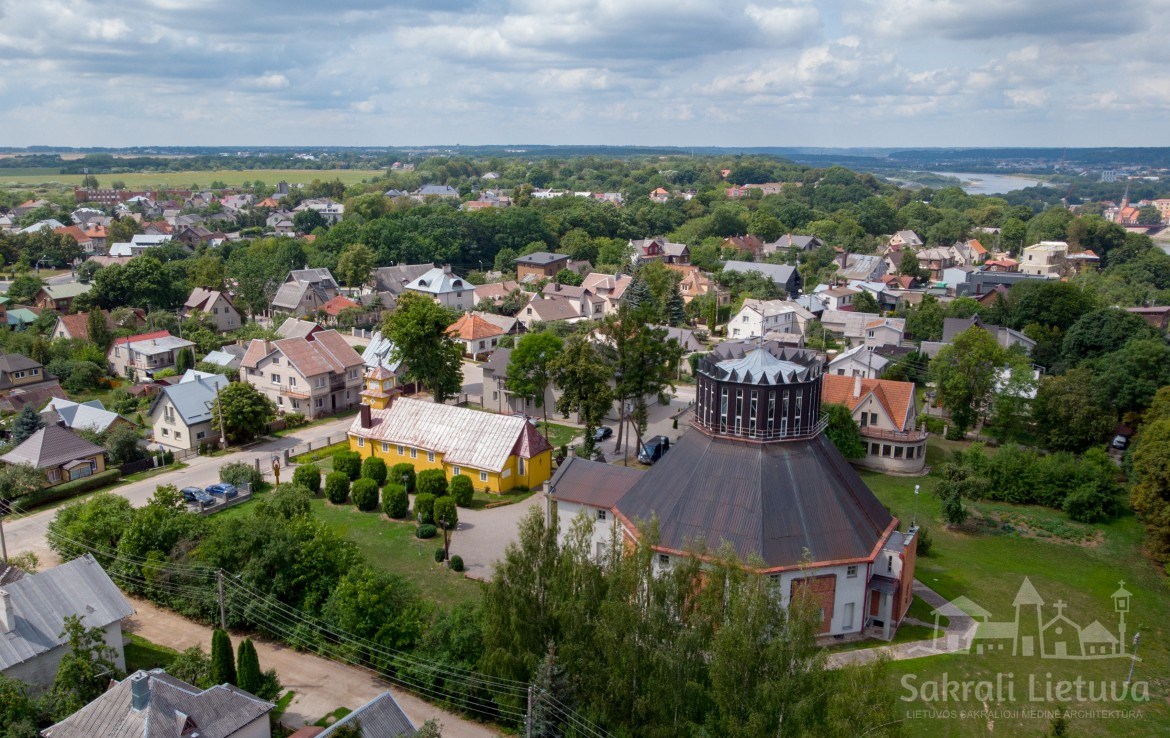 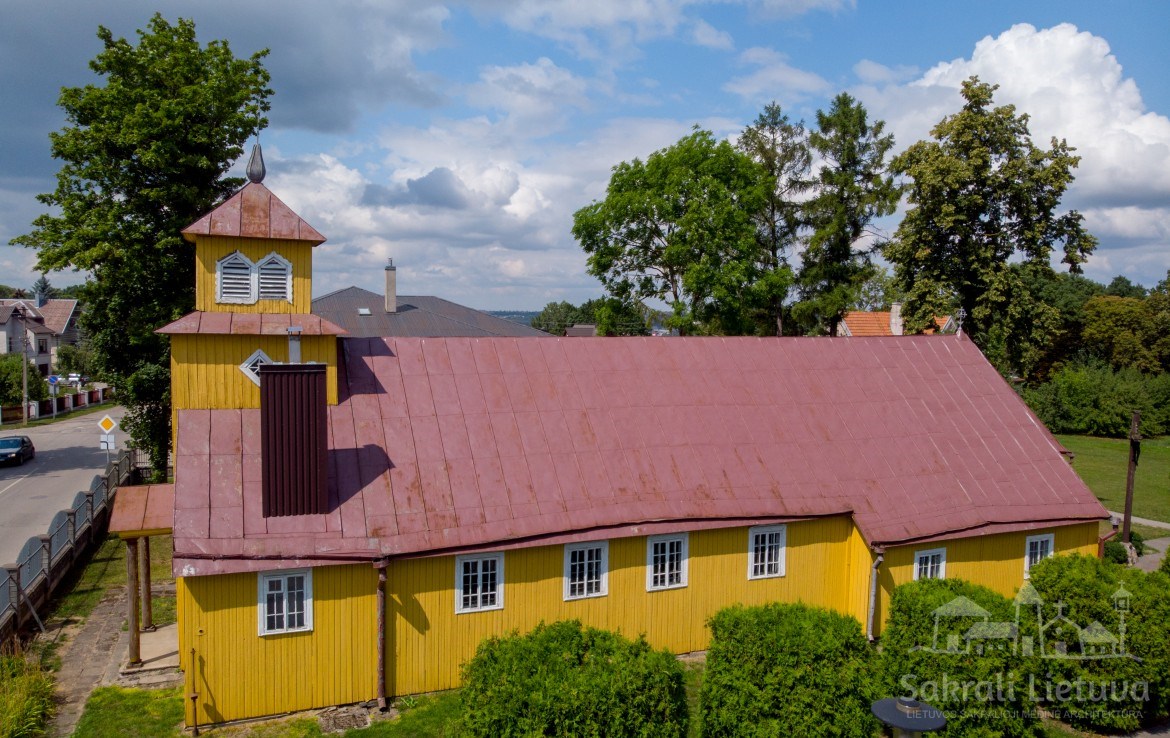 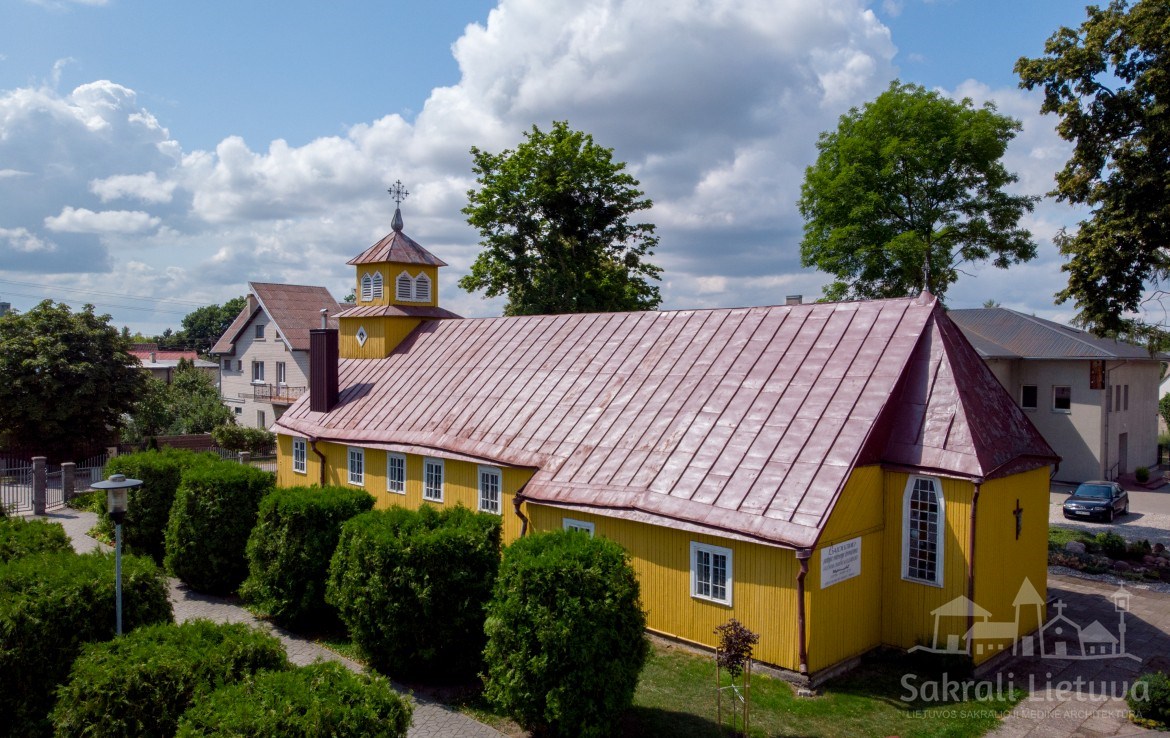 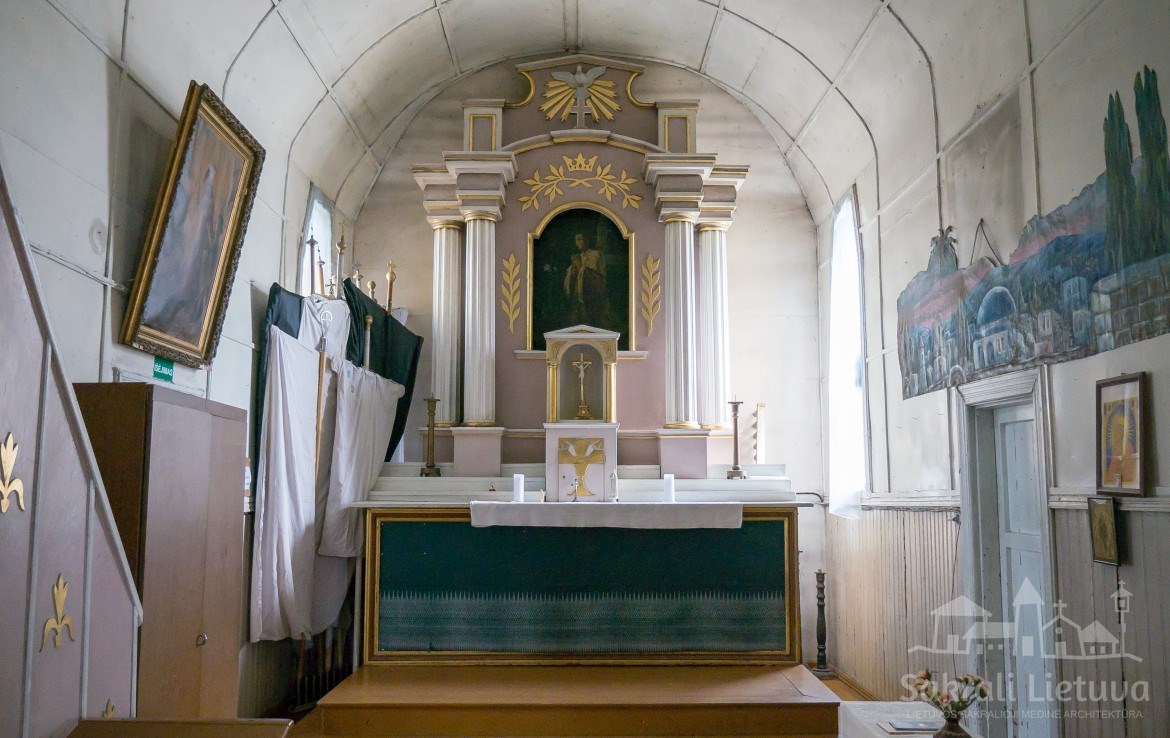 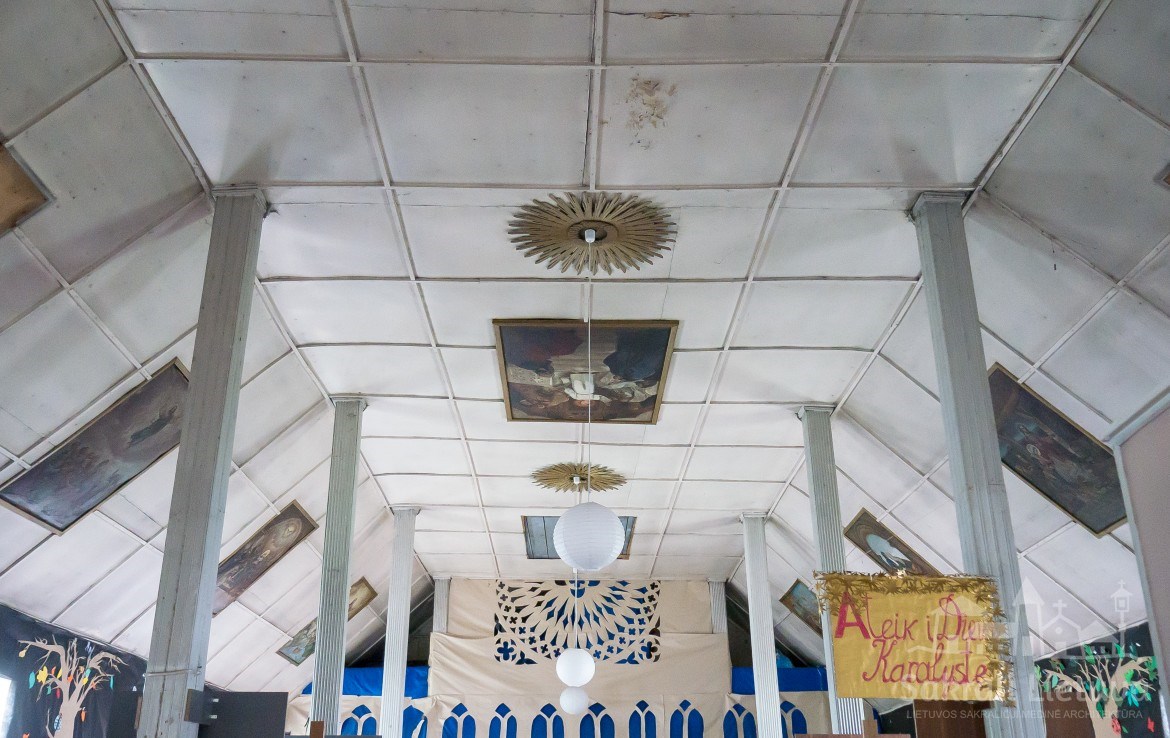 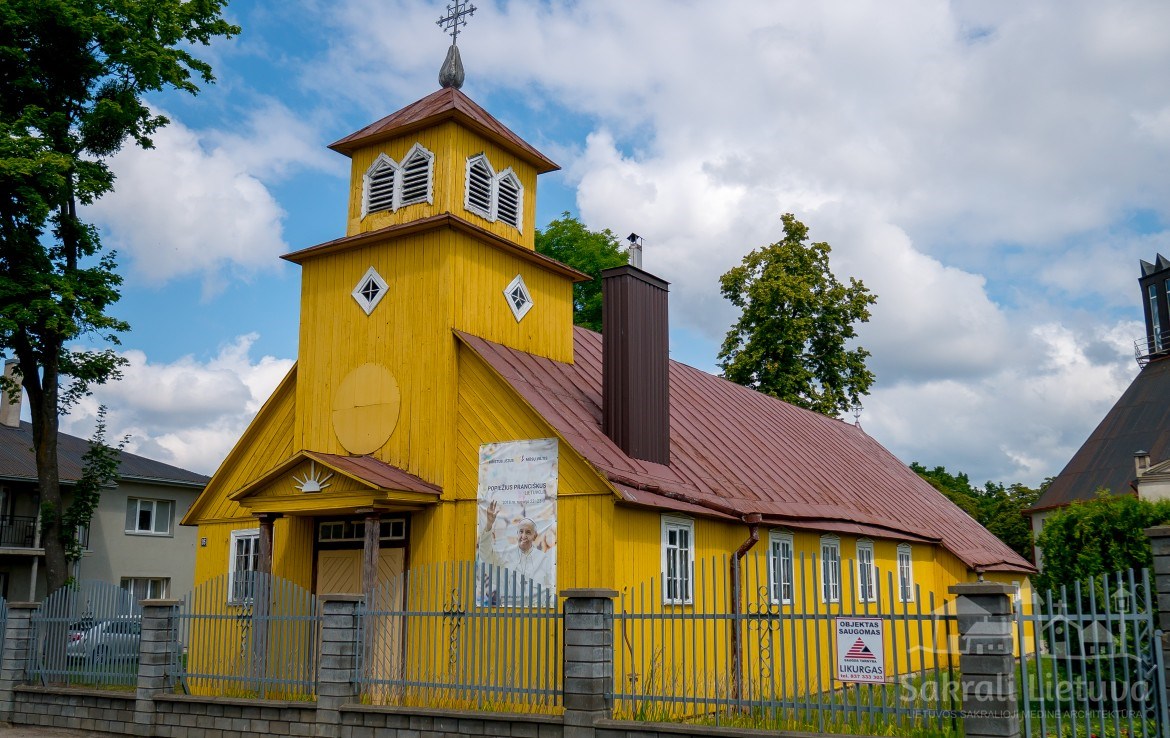 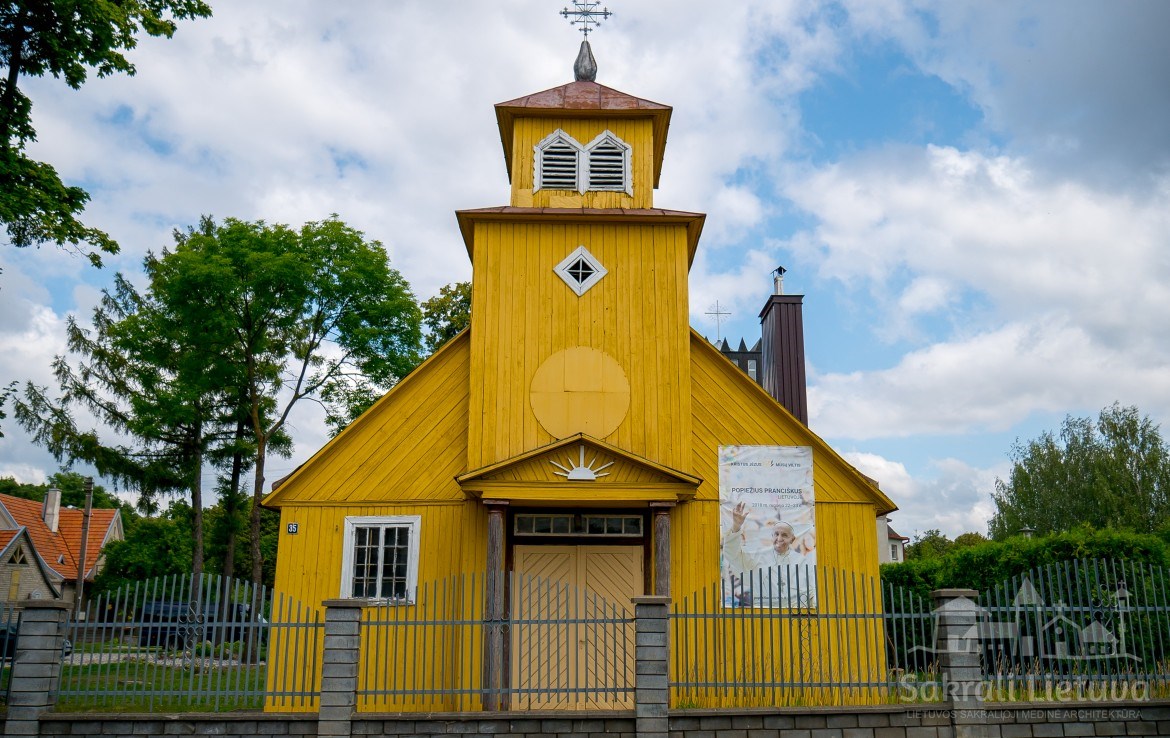 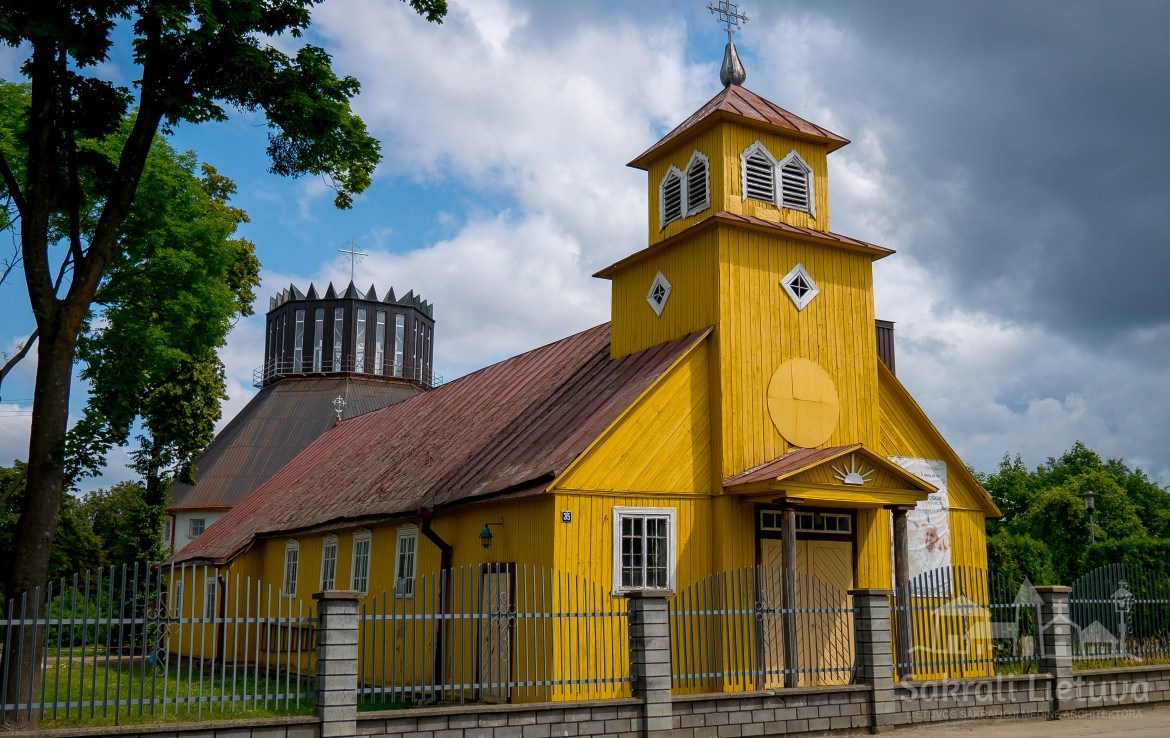 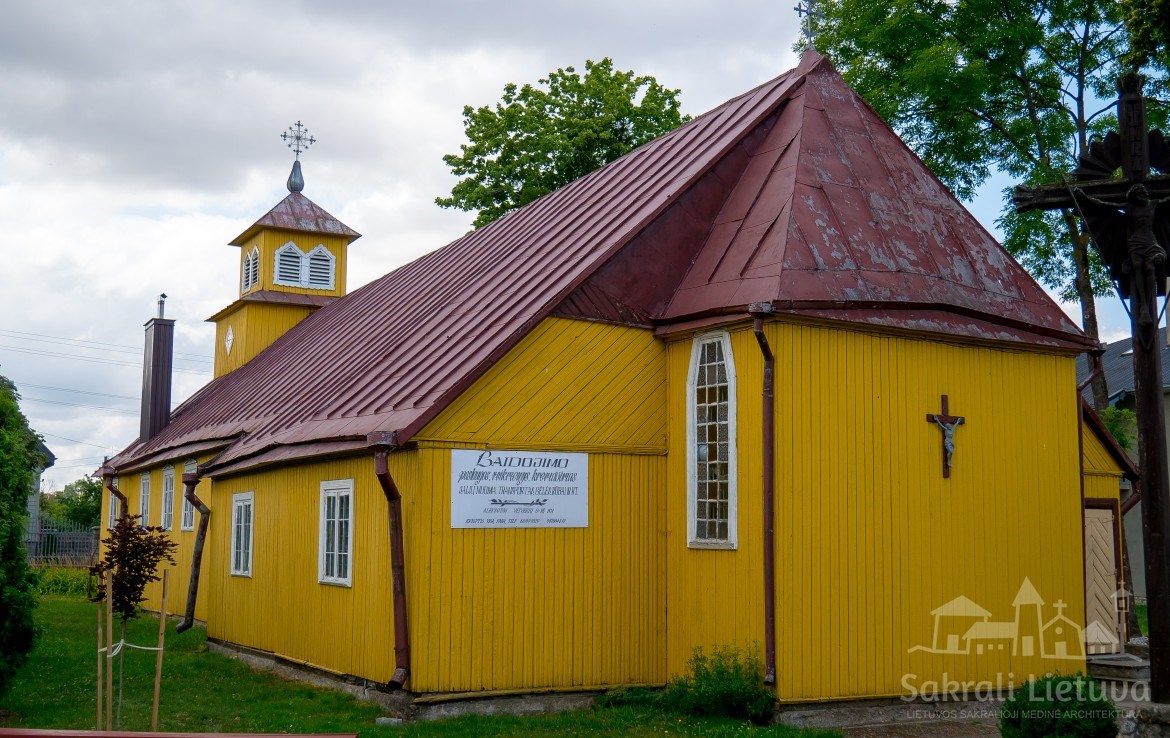 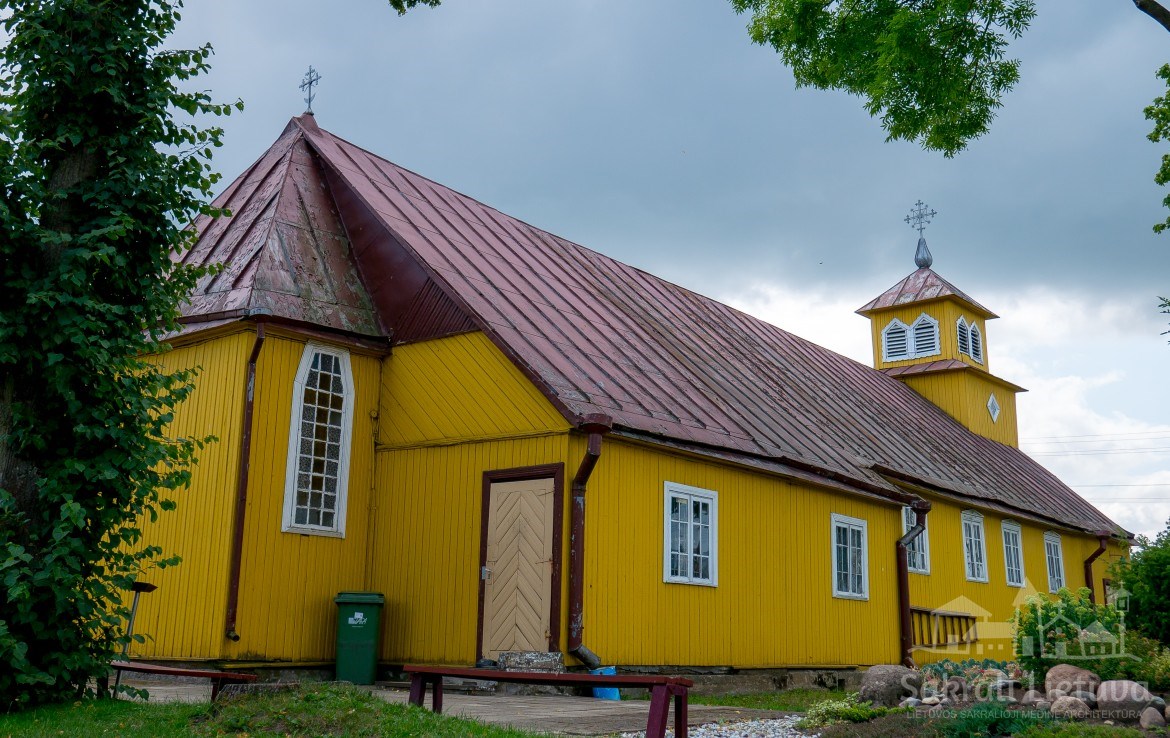 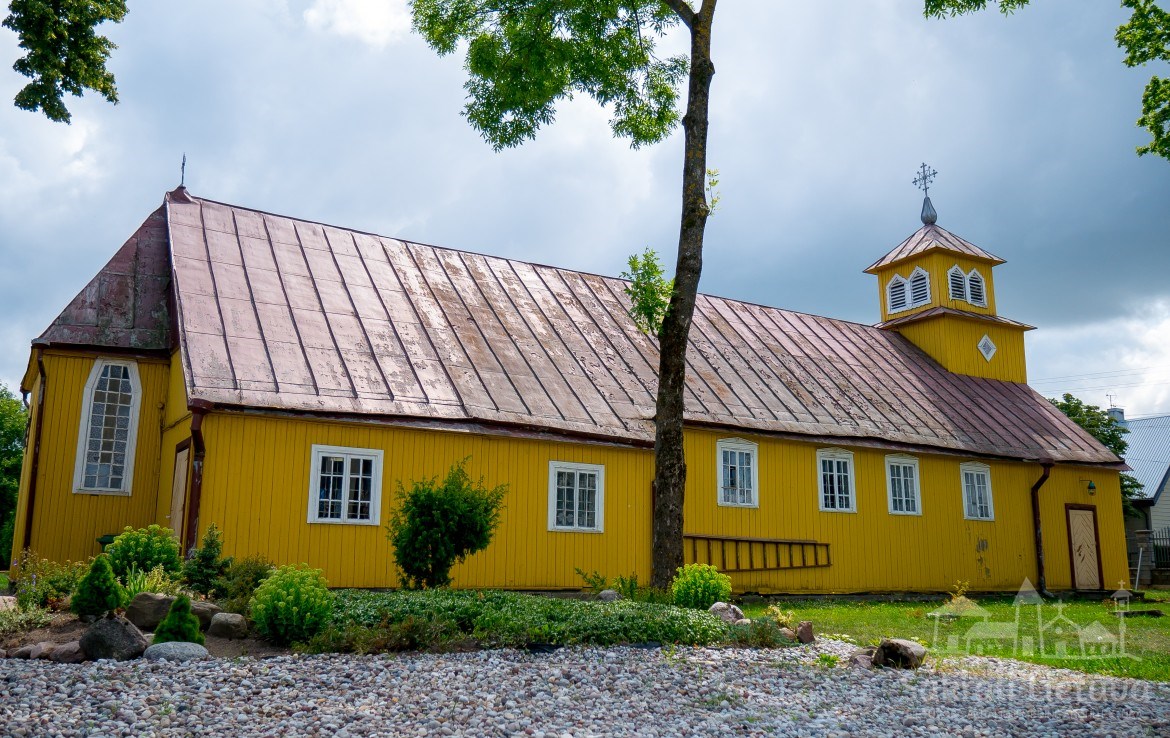