The composition of a pole raised shrine, characteristic of this Aukštaitija region, consists of a massive, wooden pole and a small shrine, open on four sides, and fastened to the pole. In the lake-lands of Ignalina, Rokiškis, Zarasai and in some environs of Utena District, in this type pole raised shrines, a group of sculptures, depicting Jesus Baptism used to be placed. The monument features a decor having the style and a silhouette, characteristic of such monuments.

According to an old tradition, a cross or a roadside pole after their deterioration had to be replaced by new ones. Referring to this tradition, in 1989, a roadside pole, that had appeared even in 1898 in Alaušų Village of Utena District was remade by the folk artist Eligijus Bernotas. Both dates of shrine appearance are inscribed on the plaques fastened to its stem.

The base of the pole raised shrine consists of an eight-edged pole. The shrine is open type, four profiled bent supports in its corners hold the cross roof with a spire and a cross on the top. The roof on all four facades is adorned with small profiled cornices, triangular pediments and crosses above them. The roof is tin-plated, above its ridge, carved tin shields with floral motif ornaments in the letter “S” form are fastened. Wood carvings adorn the roof and the place of shrine joining the pole.

Inside the shrine – a sculptural composition of Jesus Baptism, where Jesus Christ, John the Baptist and a dove at the ceiling, symbolizing the Holy Spirit, are depicted. The plot is very typical of the times of pole raised shrine – the late 19th century. In the second half of the 19th century, after Romanticism spreading in the professional sacred art and in folk art reiterating it, mostly evangelical plots of Jesus Christ life used to be depicted. These motifs quite often were reflected in the works by famous artists of the time – K. Ruseckas, V. Smakauskas. In the works of professional and folk artists, one can frequently see the Crucifix, Jesus Carrying the Cross, images of Baptism of Jesus, Holy Trinity and The Sacred Heart of Jesus, the subject of the Stations of The Way of the Cross was popular as well. 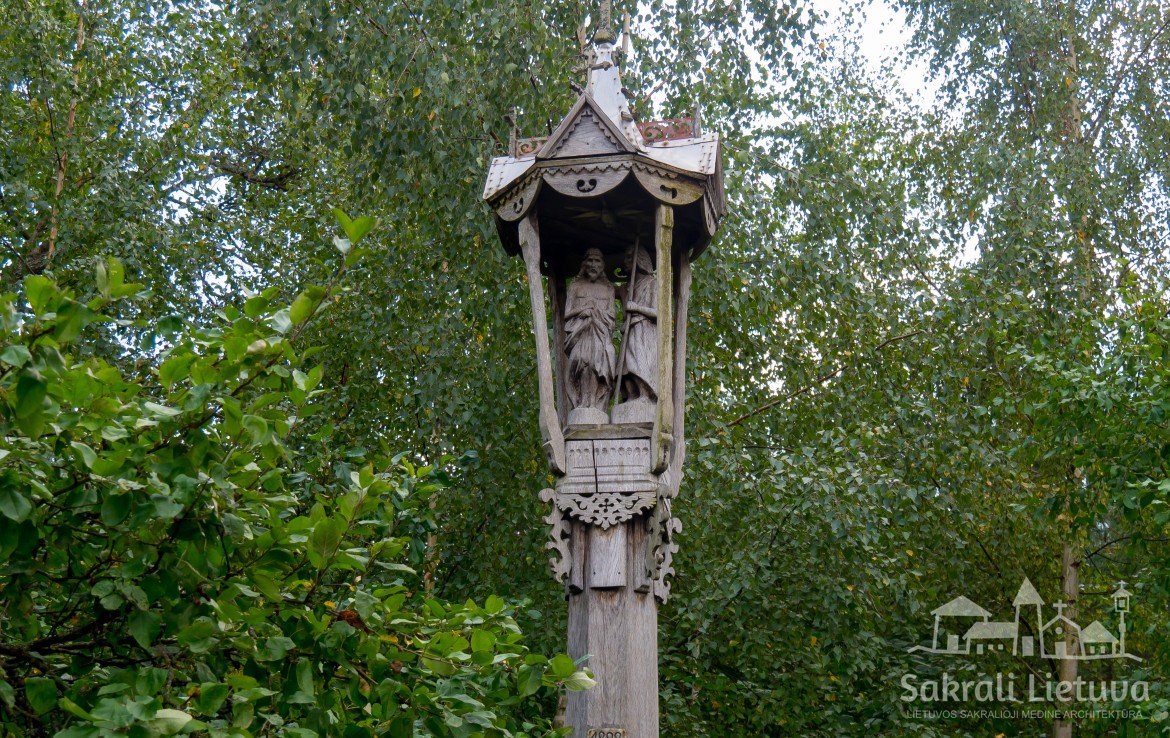 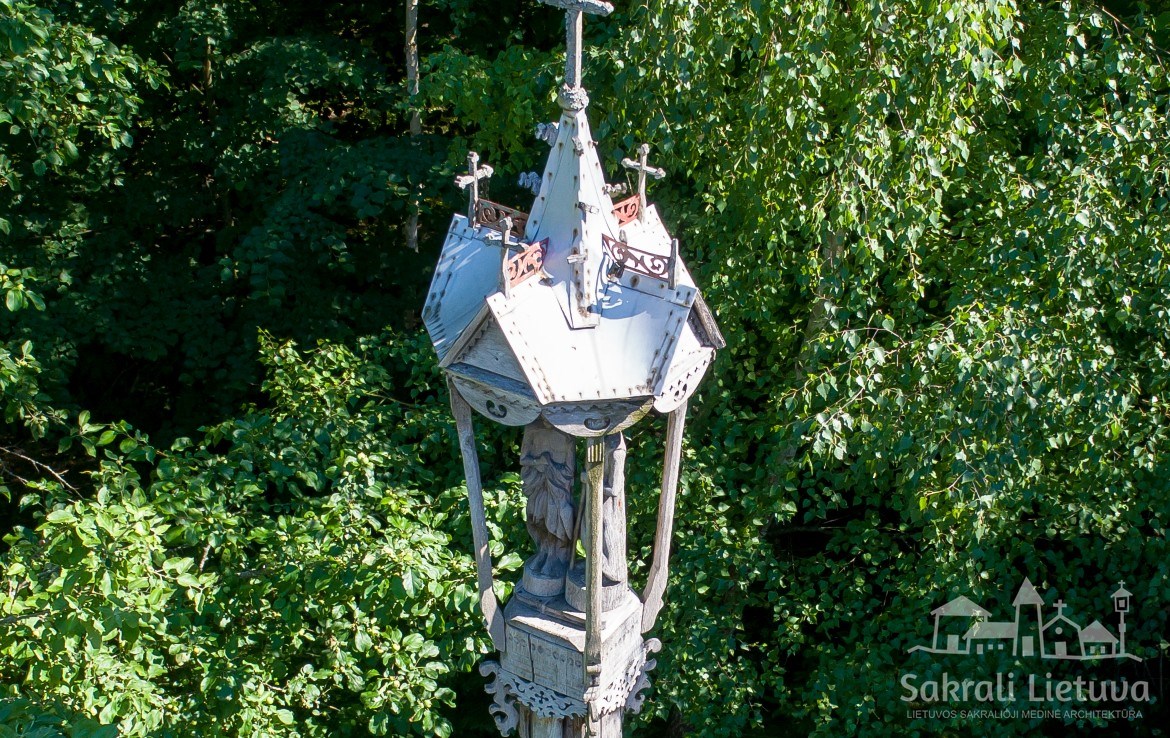 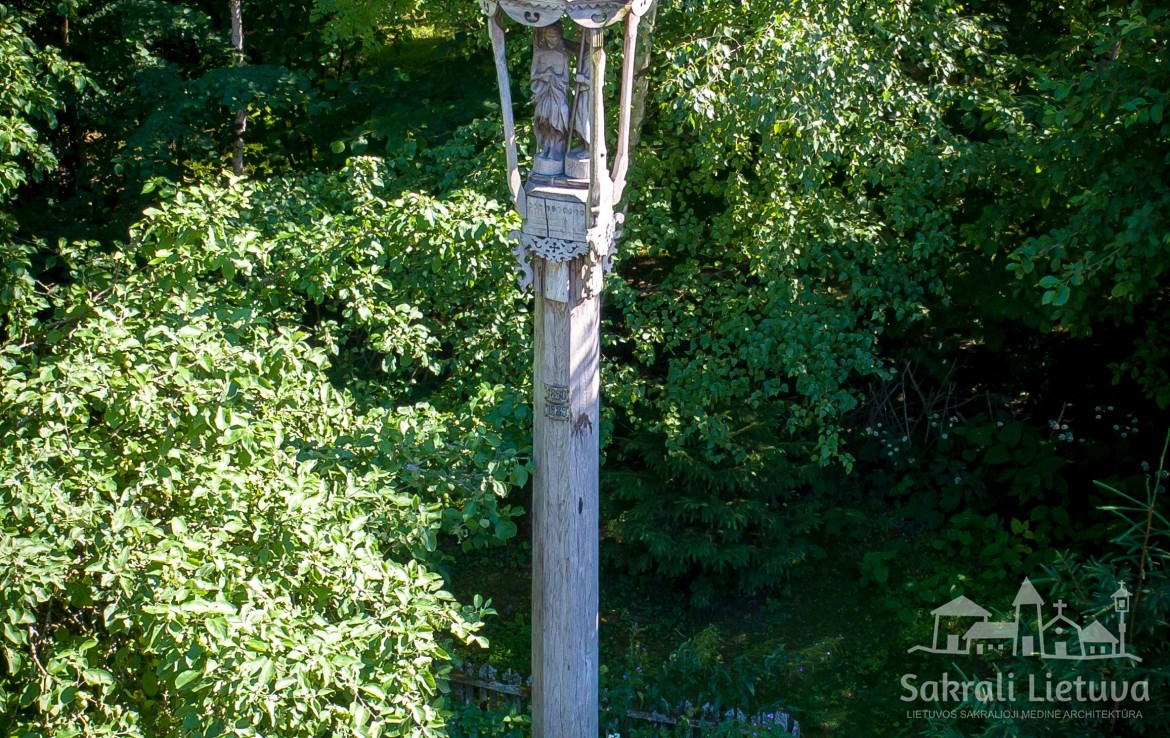 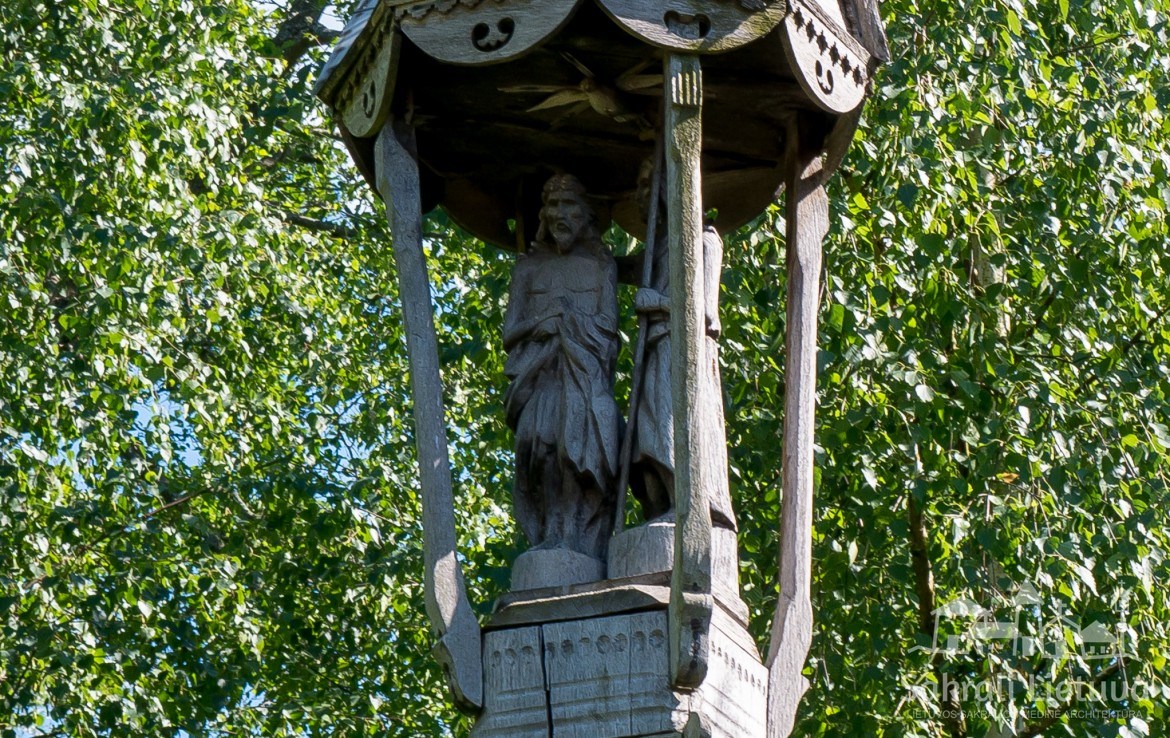 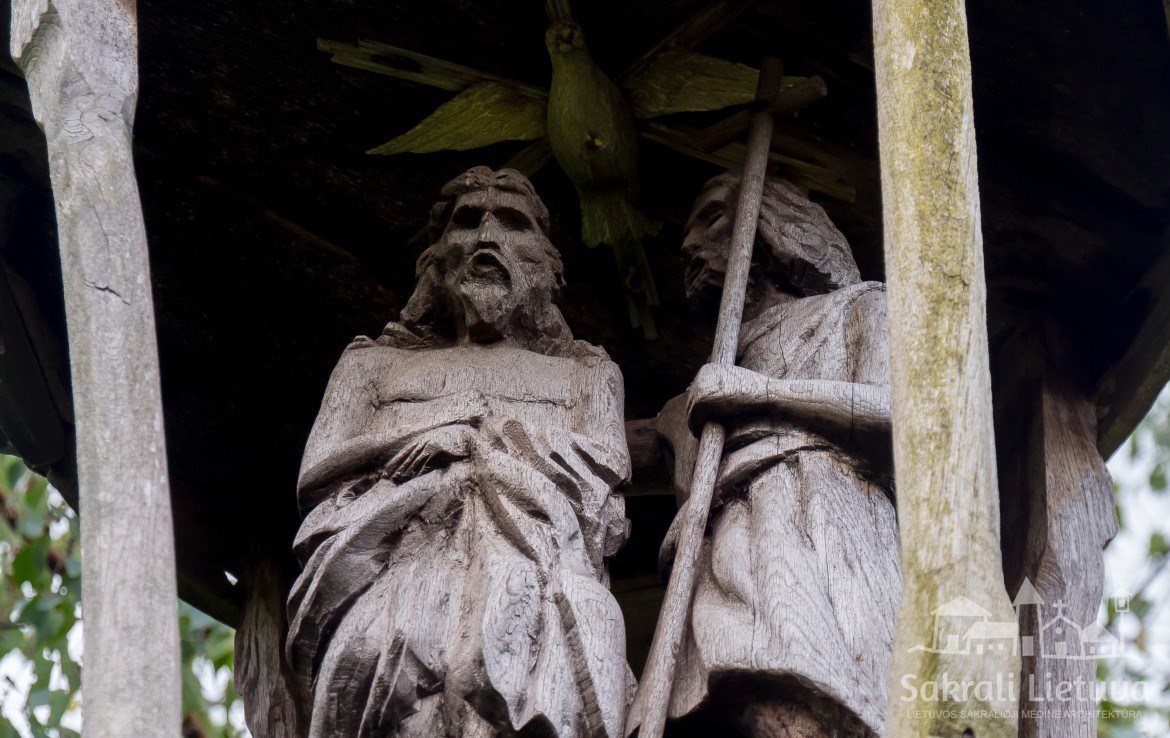 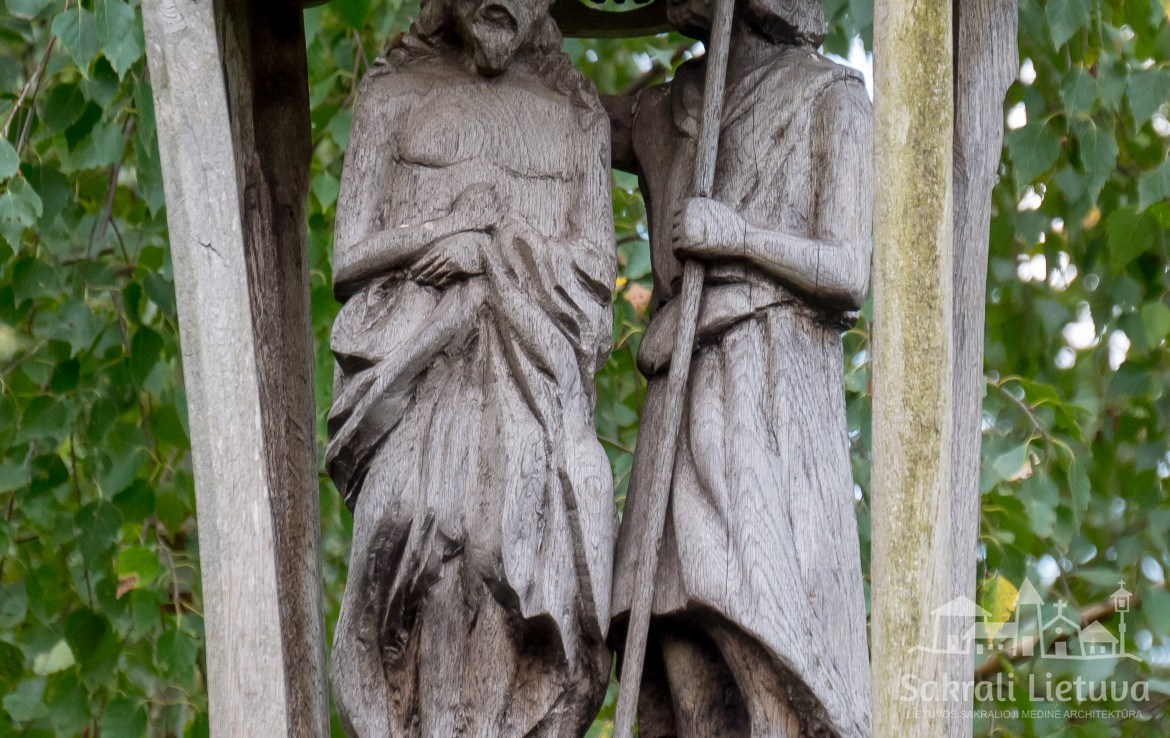 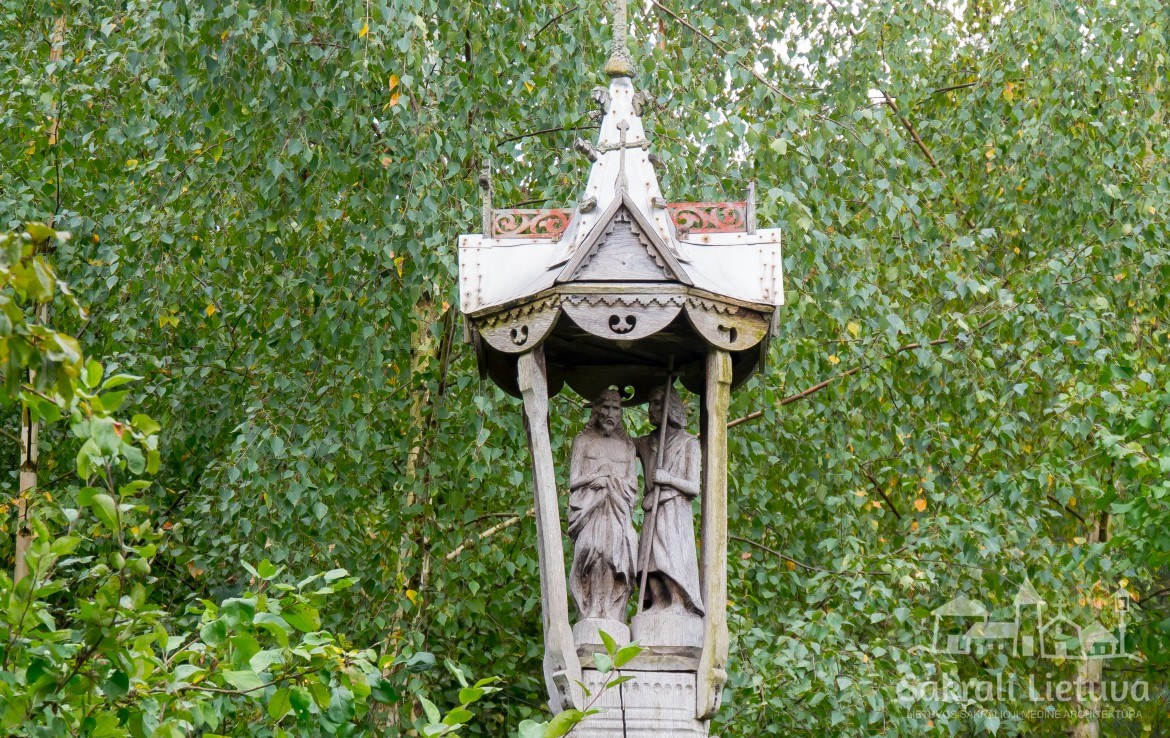 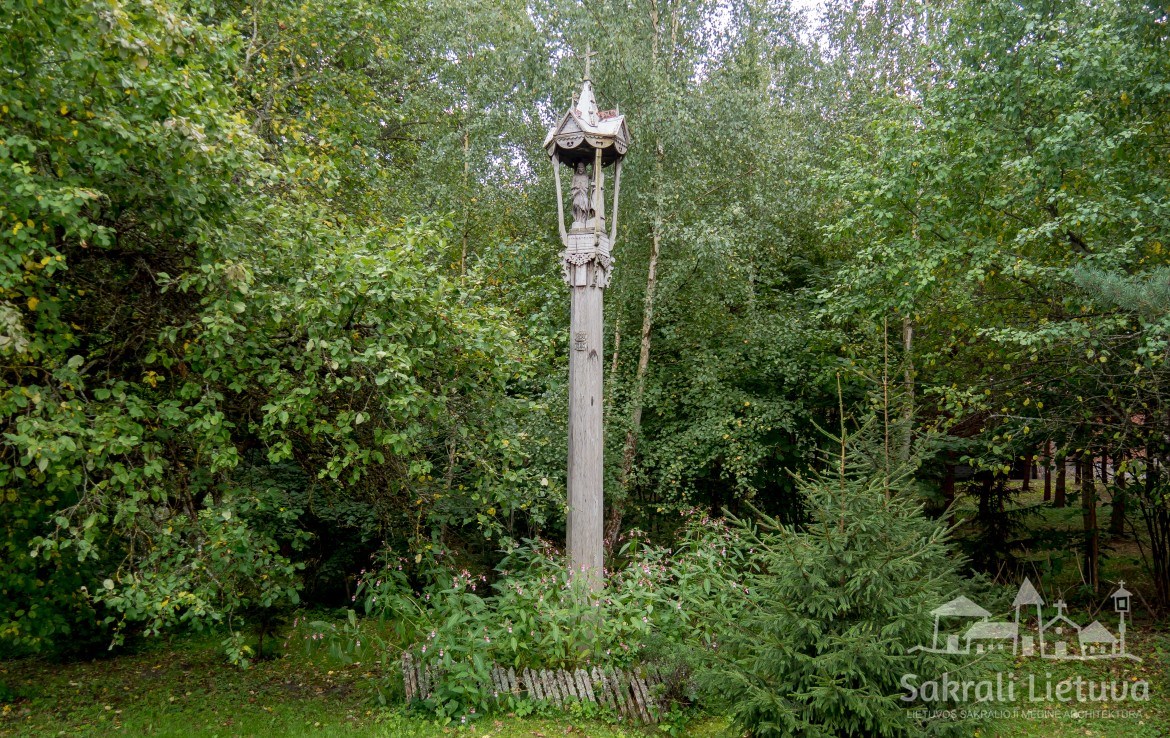 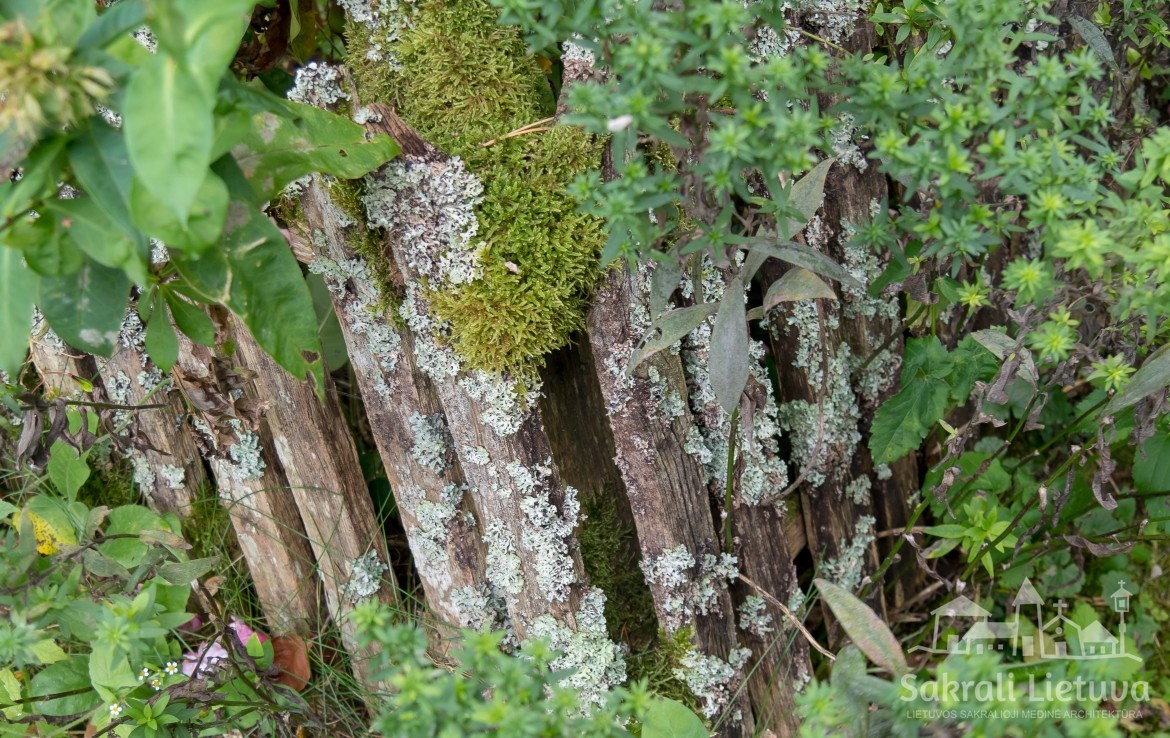 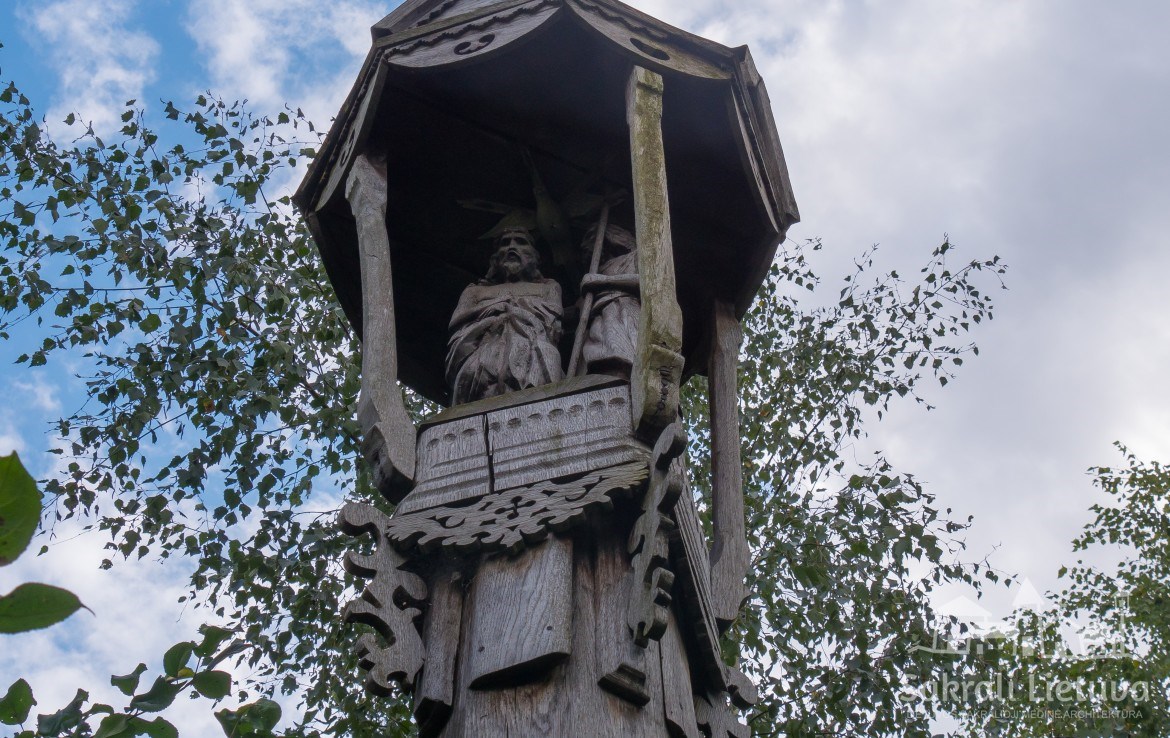